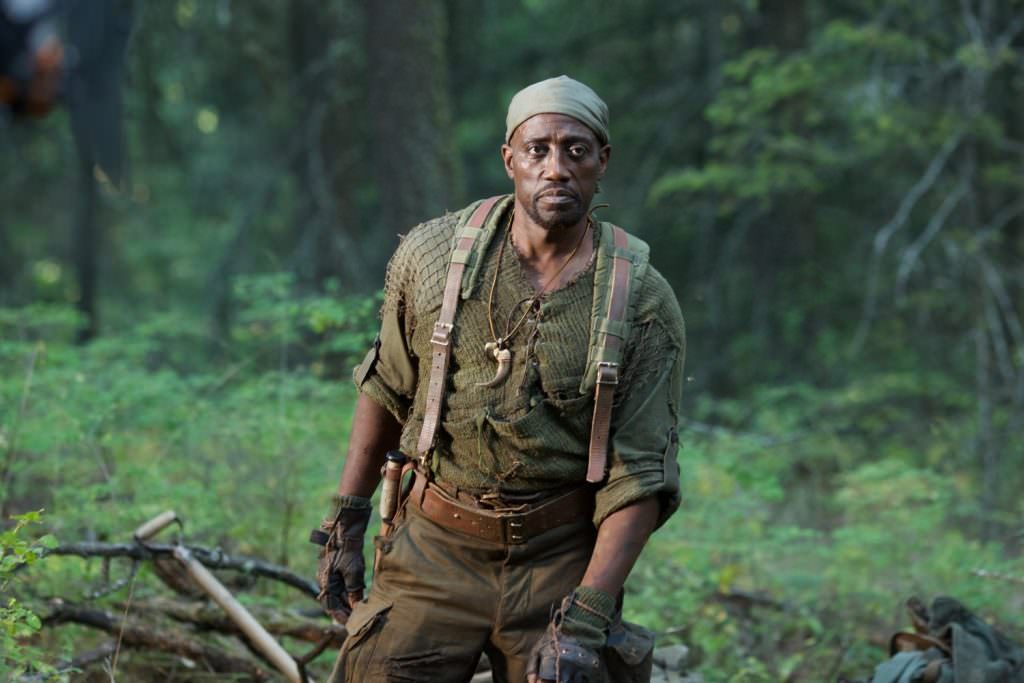 What’s not to love about a sci-fi romp starring Wesley Snipes, the man who made Blade such a cult classic and who, even before that, gave Demolition Man such oomph? How about the fact that Snipes latest, the alien abduction film The Recall, is a groundbreaking cinematic experience that utilizes a brand-new multi-screen digital format. The Recall tells the story of five friends who go on vacation at a remote lake house only to find out that Earth is under an alien invasion and mass-abduction, and their fate lies in the hands of a mysterious hunter played by Snipes. The film will debut exclusively in select Barco Escape Theaters, which boast nearly 180-degree surround viewing experience. The Recall is the first movie shot in the format (the film will expand to traditional theaters later this summer.)

The film is directed by Mauro Borrelli, whose previous work included doing illustration for massive films like Captain America: The First Avenger, The Hateful Eight and Star Wars: The Last Jedi. Snipes stars alongside Breaking Bad supporting actor R.J. Mitte (he played Walter White’s son Walt Jr.). A 12-minute VR short film titled The Recall Abduction, shot from the perspective of Mitte’s character, will become available on June 2 when the film is released.

The Recall centers on a group of friends vacationing at a remote cabin lake house when aliens attack Earth.  Charlie (Jedidah Goodacre) and his friends Brendan (R.J. Mitte), Annie (Laura Bilgeri), Rob (Niko Pepaj), and Kara (Hannah Rose May) are forced to rely on an eccentric and mysterious hunter (Wesley Snipes) with special knowledge of the attack, explaining this day has been prophesied for years.