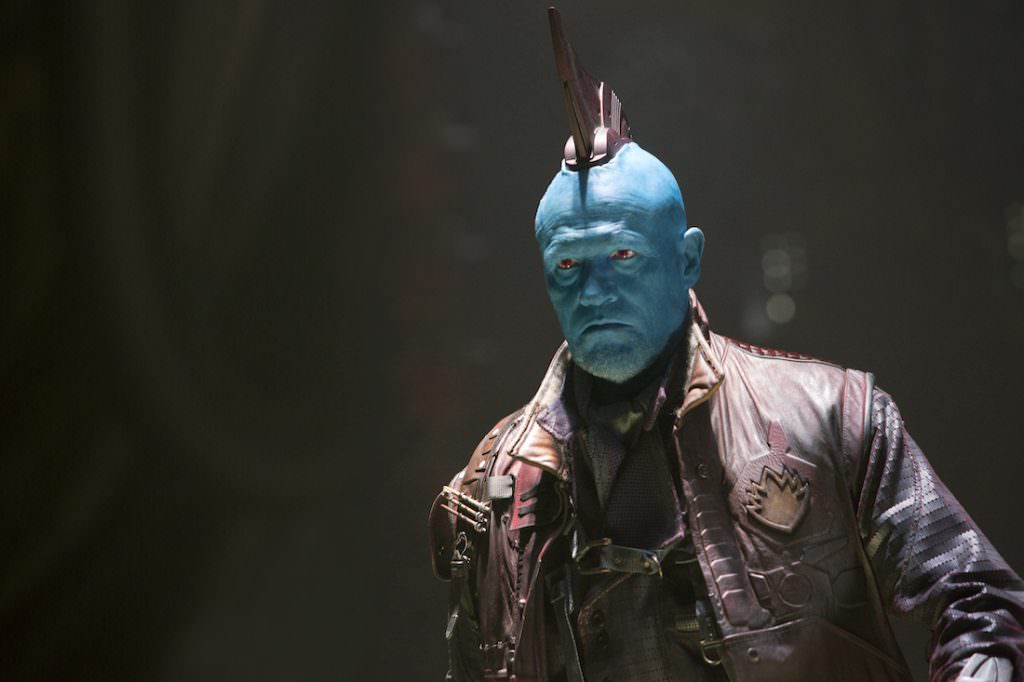 We love makeup artists here at The Credits. Time and time again, these wizards turn mere human actors into gods, monsters and everything in between, often deploying a wide variety of talents to create the characters that the script demands. Whether its Logan's Joel Harlow, explaining to us the finer points of turning Hugh Jackman into the clawed mutant Wolverine, or The Revenant's Sian Grigg's pristine work dirtying up the usually dapper Leonardo DiCaprio, makeup artists are crucial. Very often, as The Hateful Eight's makeup artist Heba Thorisdottir explained, part of the job is making pretty people ugly.

In James Gunn's critical and commerical smash Guardians of the Galaxy Vol. 2, there was no shortage of incredible transformations to be made. The film's stocked with all sorts of oddballs, including the heavily tattooed Drax (Dave Bautista) and the cyborg alien Nebula (Karen Gillan). The makeup department, led by John Blake, had their work cut out for them. One of the film's most colorful characters, in more ways than one, is Michael Rooker's galactic pirate Yondu. Rooker shared the painstaking process he underwent every day he was on set to become one of the film franchise's most important characters. In fact, the very blue Yondu (and that awesome, self-propelled arrow that he controls through whistling) was one of the original Guardians in the comics, and in the film he's the leader of the Ravagers, the pirates who kidnapped Peter Quill (Chris Pratt) and raised him, so to speak.

Check out Rooker's transformation below, and once again marvel at the incredible skills that makeup artists deploy every day.