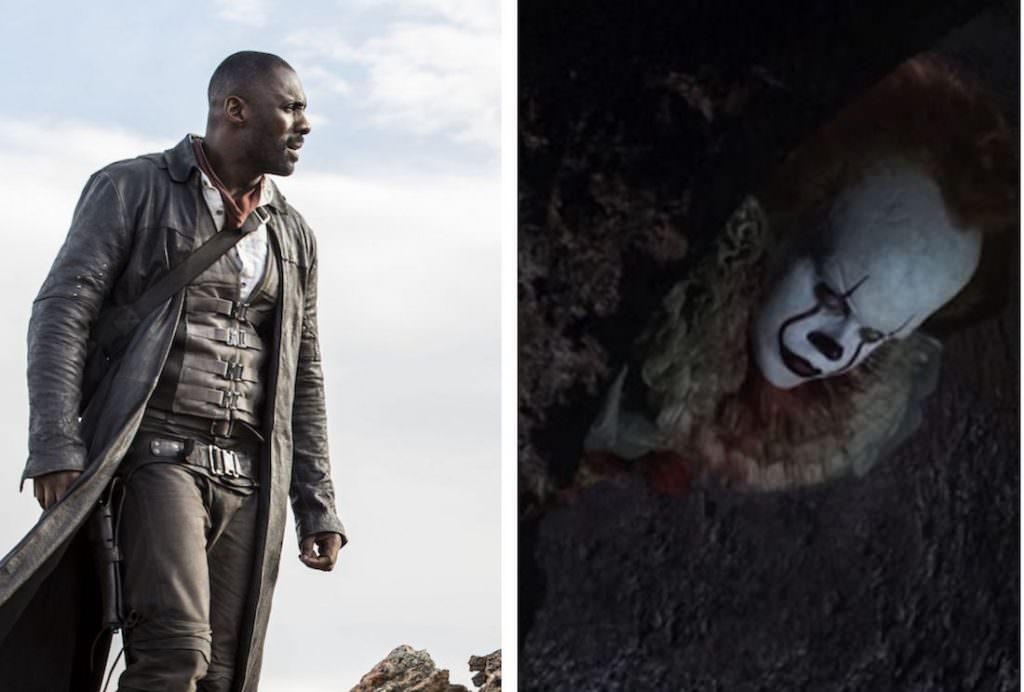 As we wrote yesterday, and a little more than a month ago, this is the year that Stephen King fans have been dreaming of. It is getting a big screen reboot and now the long, long, long awaited film adaptation of King’s epic masterpiece The Dark Tower is in sight at last. Sony released the first look at the showdown between The Gunslinger (Idris Elba) and The Man in Black (Matthew McConoughay), which we'll re-post here for your viewing pleasure:

In the 3-minute spot, teenager Jake Chambers (Tom Taylor) has visions of an alternate world of nightmarish monsters in the dark, idyllic heroes quick on the draw (Elba's Gunslinger, a man who has a mystical connection to his revolvers), and a battle with apocalyptic consequences. When he finds a portal to the place he’s been seeing in his mind, he embarks on a wild adventure to save Earth.

The Western fantasy features some major special effects and awesome slow motion stunts. The Gunslinger is going to have to be a pretty good shot if he’s going to defeat The Man in Black’s (Matthew McConaughey) supernatural powers using only two revolvers. The fight doesn’t seem fair with The Man in Black unleashing sinister armies and telekinetic abilities, but you’ve never seen a Gunslinger like this.

The battle over the fate of The Dark Tower begins August 4, and a little after that, It will feature in your nightmares once it debuts on September 8, 2017.