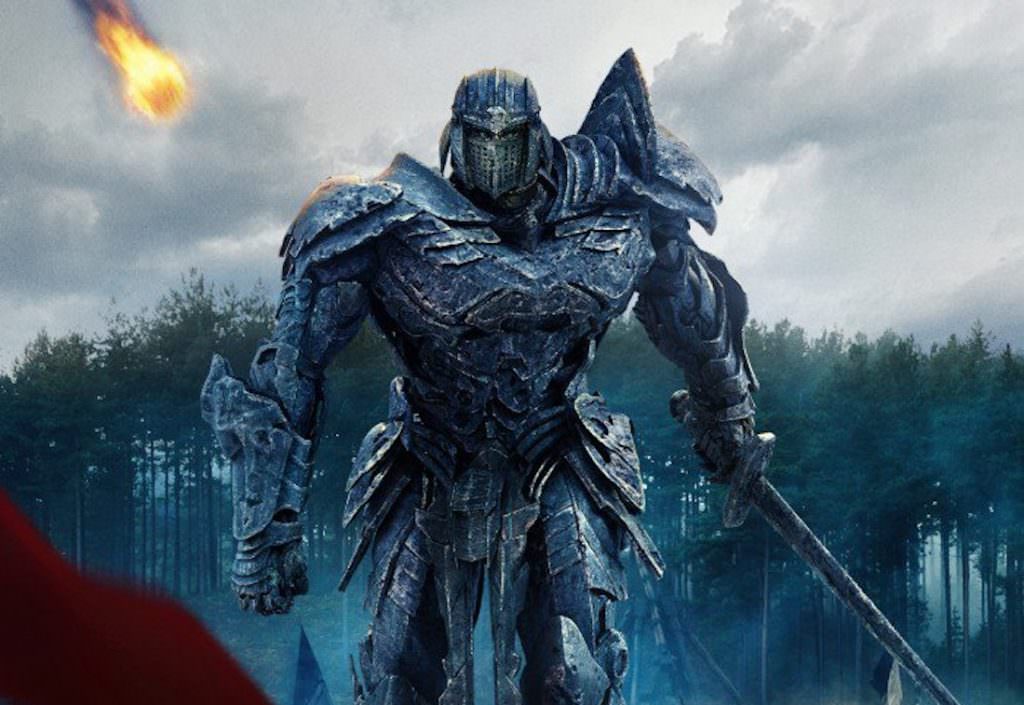 “It started as legend. One of the greatest of all, one of the oldest of all. But every legend, has a secret.” – Sir Edmund Burton.

Sir Edmund Burton is played by Sir Anthony Hopkins, and its' his voice that we first hear in Paramount’s new “Secret History” featurette for Transformers: The Last Knight. Michael Bay has been teasing the Transformers long-standing presence on Earth for a while, making explicit reference to it in Age of Extinction, which placed the Dinobots in prehistoric time, but with The Last Knight he’s planting the Transformer flag in all of humanity’s most perilous fights. From feudal Japan to medieval Europe, right up and through the World Wars of the 20th century, the Transformers have been there.

In fact, the Transformers have been on earth since the very beginning, protecting humans from “what was destined to arrive.” With a ton of Transformers movies still in development, Bay has an opporutnity to thread the Transformers saga through events in the past and future, leaving no historic stone unturned and no future without an alien robot. We'd personally love to see a Transformers: Sack of Rome and Transformers: The War of the Roses. We're serious.

Transformers: The Last Knight comes out on June 21.