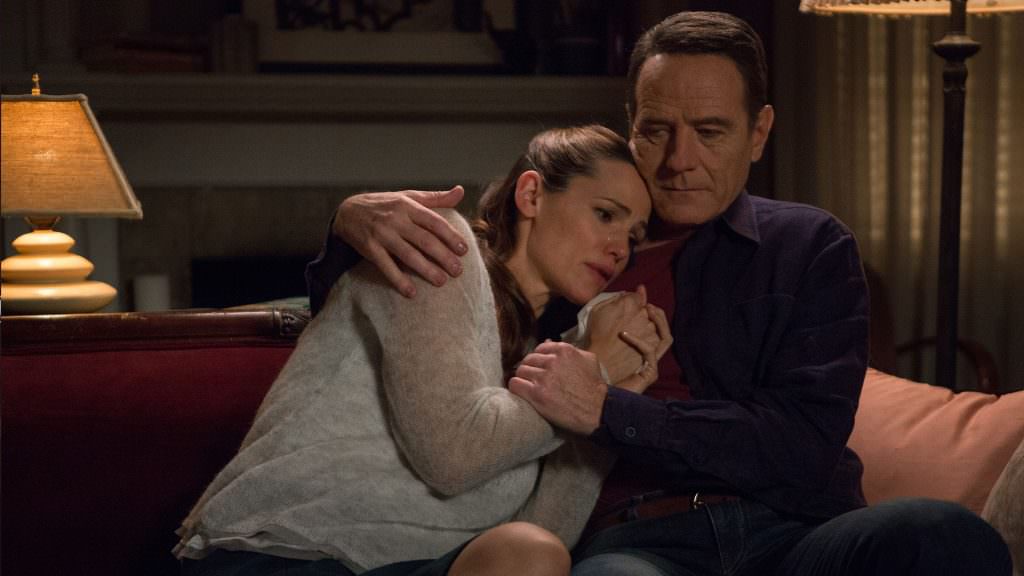 It’s been a decade since screenwriter Robin Swicord’s directorial debut, The Jane Austen Book Club, opened in theaters and managed to  gross slightly more than its $6 million budget in worldwide ticket sales. Since that time, she has struggled to find backers for a sophomore effort – despite being Oscar-nominated for her contributions to the adapted screenplay for 2008’s The Curious Case of Benjamin Button.

It’s a situation that many females in the industry know all too well. “Studies on women filmmakers show that it usually takes eight to 10 years to get a second movie off the ground,” says Swicord, 64, who has been in the business since 1980. “I had another film in the works, but it ran into obstacles when it came to financing. They told me that I had only had done films with budgets of $5 or $6 million before and I wouldn’t be able to handle a bigger one. I could crack the code. They wanted a guy to do it.”

Instead, the scribe behind such successful titles as 1994’s Little Women, 1996’s Matilda (co-written with husband Nick Kazan of Reversal of Fortune fame) 1998’s Practical Magic and 2005’s Memoirs of a Geisha  took matters into her own hands. Her pet project of choice? Wakefield,  a 2008 short story by E.L. Doctorow about a successful middle-age suburban New York lawyer who decides to  leave his life behind, hide out in his garage’s second-story attic and spy on his wife and two daughters from afar. The movie opens in limited release this Friday.

“I knew I had to get financing on my own and turned to producer Julie Lynn, who was part of The Jane Austen Book Club.  We needed to attract a great actor for the role. We found a way to put it together, once Bryan Cranston came on board.”

While Jennifer Garner plays his wife, who manages to keep her family and her finances despite her spouse’s mysterious disappearance, the Breaking Bad star and Oscar nominee for 2015’s Trumbo basically gives a one-man show onscreen as his Howard Wakefield as he lurks in the shadows and scavenges at night for food and supplies, all the while keeping an eye on his loved ones and providing a running voiceover narration. Swicord talks about the logistical difficulties of shooting a Rear Window-style surveillance drama with only a 20-day shoot and directing a gang of three raccoons that inspires Howard to become a feral predator on the prowl when the lights go out.

You generally are drawn to material where female characters are front and center, whereas Wakefieldrevolves around a man’s mid-life crisis and focuses on his thoughts and desires.

Some of the first screenplays I sold centered around men. But I did at some point make it a personal project to create roles for women. It was partly in response to an actress friend, who would say, “I’m always the girl in the towel who steps out of the shower.” But there isn’t a lot of difference when the story revolves around a male protagonist.  I am interested in characters that go through a full range of human emotions, people that draw me in.

Wakefield taps into several kinds of genres:  the Peeping Tom motif  and suburban disillusionment like The Ice Storm, American Beauty, Little Children and Revolutionary Road – which happened to feature your daughter, Zoe Kazan. But given the current culture clash, it seems to also reflect  how many older white males feel left behind or devalued by society these days.

What intrigued me about the short story was this sense of white male privilege. Howard feels victimized somehow by his family so he steps away, thinking he could come back at any time and then stays away for almost a year. If a woman had done that, stepped away from her family and children, the story would be very different. But anyone can relate to the idea of running away from your routine. I remember as a young mother working at home, dropping my kids off at school, then going back and writing in my office for six hours before going back to pick them up. I thought, “What would happen if I just kept driving?” Who’s to say? No person in the world doesn’t want a time out. Except for kids.

Bryan Cranston is like the poster actor for making us care about unlikable characters after his Walter White in Breaking Bad. Even if Howard has some rather unsavory thoughts and tendencies, we want to see what happens and how he ends up.

He is a beautiful actor, so modest and full of humility. He doesn’t judge the people he plays. He  brings out their complexity and stays true to the character. It’s not about liking or disliking a character. It’s about aligning with them.

You only had 20 days to shoot this film. You had scenes in New York City, most in Grand Central Station. And you had to have suburban streets where Howard goes on his nighttime excursions to raid dumpsters. Then there is Howard in the attic while his wife and family are in a large two-story home across the way. How did this all work?

We shot the suburban scenes on the lot at Universal. Bonnie Curtis, a producer, has a good relationship with the studio and we were able to shoot for one night. Most of the filming was in Pasadena, Calif., around South Altadena. The kitchen was in a different house than the hero house. The inside of the attic was a set. And we did one day in New York City, doing the opening and some driving stuff. The clothing store. That was all we had time for.

Did you realize when you read the short story that filming Howard as he stares at what is going on in the house through the garage windows while he is providing a running discourse about what he sees and hears as a voiceover would be so complicated?

Not at all. I keep thinking of the moment when I turned to my first assistant director after finishing the screenplay and said, “This is going to be so easy.” We had to film the scenes in the house first and show them to Bryan on monitors. But he couldn’t act and watch the monitors simultaneously because they would glow. It was a feat of memory for him to recall what he was supposed to be watching and still be in character.

Was it difficult to work with raccoons?

Those raccoons are the superstars of the acting world. Bullwinkle, Boris and Natasha. Paul Dana, who is my daughter Zoe’s boyfriend, had just worked with them on Swiss Army Knife. There is no such thing as a well-trained raccoon. They are wild animals, not dogs. Their keepers use clickers and they associate the sound with food. That is their motivation. Food. You couldn’t throw a real briefcase at a raccoon since you can’t predict what they will do. We relied on special effects. In fact, there are 137 in the film.

Do men and women react differently to Howard and the cynical way he initially views family and uses manipulation to get his way?

I haven’t noticed a breakdown along gender lines. We have shown Wakefield to young students at college campuses, small festivals like one in East Hampton, Va., big festivals such as Toronto and true cinephiles at Telluride. It is incredible to me how many types of people react to the film.

What is next for you?

I always have some nascent projects cooking. There is something for HBO that I can’t talk about yet. This summer, I have two ideas for what I can direct next and I going to spend my time figuring out which one.

What do you hope audiences take away from Wakefield, especially those looking for something beyond the usual summer blockbuster?

It is great to provide counterprogramming with summer movies that the rest of us want to go to. I am hoping they are inspired to better engage in their own relationships and lives, make good use of their time and enjoy it.