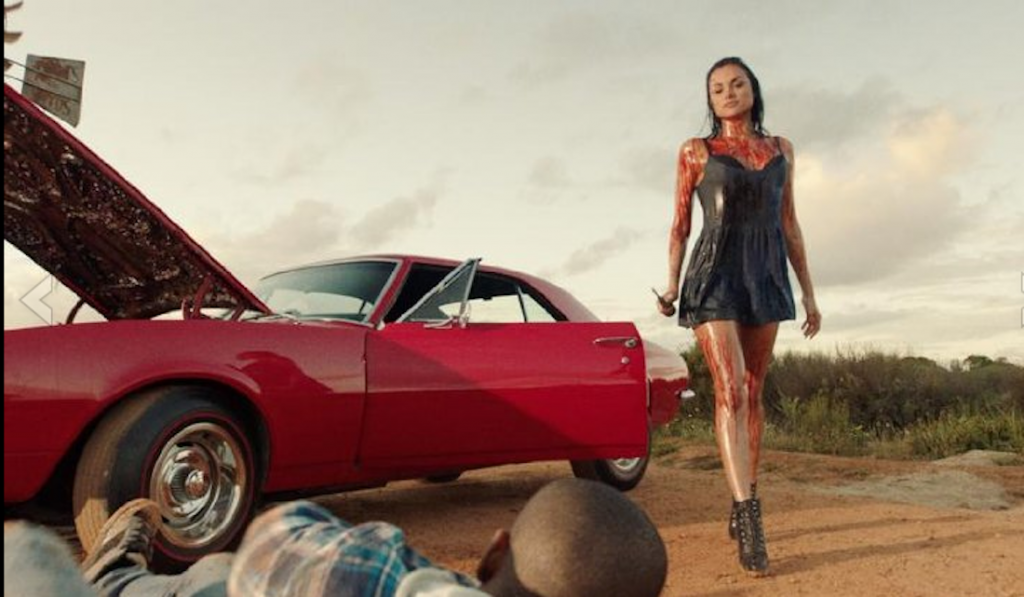 Fans of George Miller's 2015 epic Mad Max: Fury Road have known for ages that nothing makes a more satisfying spectacle than lunatics behind the wheel of insane cars. That's why we're excited about Syfy's new series coming out, which by the looks of it has a bit of Mad Max's DNA. Blood Drive is not only a bloody wink towards Miller's classic, it's also an homage to grindhouse theatre, created by John Hlavin (Underworld: Awakening) and David Straiton (Bates Motel).

The trailer is just a minute and thirty seconds, yet it successfully makes your stomach flip a few times. Filled with truly unbelievable amounts of gore, the trailer shows an eclectic mix of what the show has to offer, such as cars that runs on blood, cannibals, monsters, cults, lawmen, nymphomanics, and Amazons. Starring Alan Ritchson, Christina Ochoa, Thomas Dominique, Marama Corlett, Colin Cunningham. Set in a near-dystopian past (1999), the series features a former cop (Ritchson), who is forced to take part in a death race that requires all the cars to run on, yup, human blood.

Take a look at the trailer below and prepare yourself for one of TV's wildest new series, which starts on June 14.