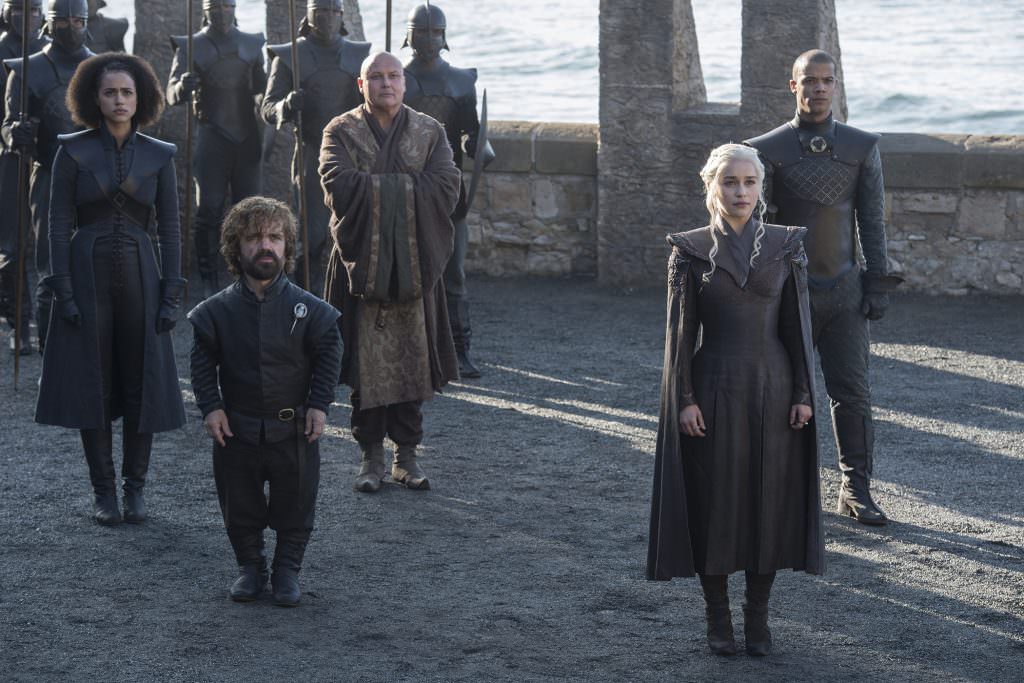 Season 7 of Game of Thrones Will Have Breakneck Pace

With Game of Thrones season 7 premiere bearing down on us, HBO is ramping up their promotional efforts. While the network and the show's creators and stars are expert at giving away only what they want, they have been hinting at an unusually fast start to season 7. GOT has preferred to build to their epic mid-season and penultimate episodes, your "The Watchers on the Wall" from season four, your "Hardhomme" from season five, your "Battle of the Bastards" from season six .Yet with only 15 episodes remaining, and with all our remaining main characters converging, it sounds as if the action will start more or less right away.

Two of those major characters who will have huge roles in the coming battle are Kit Harington's Jon Snow and Nikolaj Coster-Waldau's Jaime Lannister. Both spoke to Entertainment Weekly about how intense the pace will be in the upcoming season, a major departure from the slow burn of seasons past.

“I feel like I’d been lulled into a different pace,” Coster-Waldau told EW. “Everything happened quicker than I’m used to … a lot of things that normally take a season now take one episode.”

Harington added: “This season is really different than any other season because it’s accelerating toward the end, a lot of stuff collides and happens much much quicker than you’re used to seeing on Thrones … it’s so different than what everybody is used to. It’s quite exciting.”

While the shortened final two seasons (seven and eight episodes, respectively) might seem like a good reason for the increased pace, it has as much to do, if not more, with the fact that we've been building this epic clash since the show began. Here’s how showrunners Dan Weiss and David Benioff explain it:

“Things are moving faster because in the world of these characters the war that they’ve been waiting for is upon them," Weiss told EW. "The conflicts that have been building the past six years are upon them and those facts give them a sense of urgency that makes [the characters] move faster.”

"“For a long time we’ve been talking about ‘the wars to come,'” Benioff told EW. “Well, that war is pretty much here. So it’s really about trying to find a way to make the storytelling work without feeling like we’re rushing it — you still want to give characters their due, and pretty much all the characters that are now left are all important characters. Even the ones who might have started out as relatively minor characters have become significant in their own right.”

Season 7 begins at the crux of a major war. Daenerys and her massive fleet (and her dragons) are headed towards Westeros, while the Night King and his army are coming down from the North. The Starks are back to Winterfell, but will no doubt be joining the war as well. It's a pot that's already boiling, lit by dragon fire.