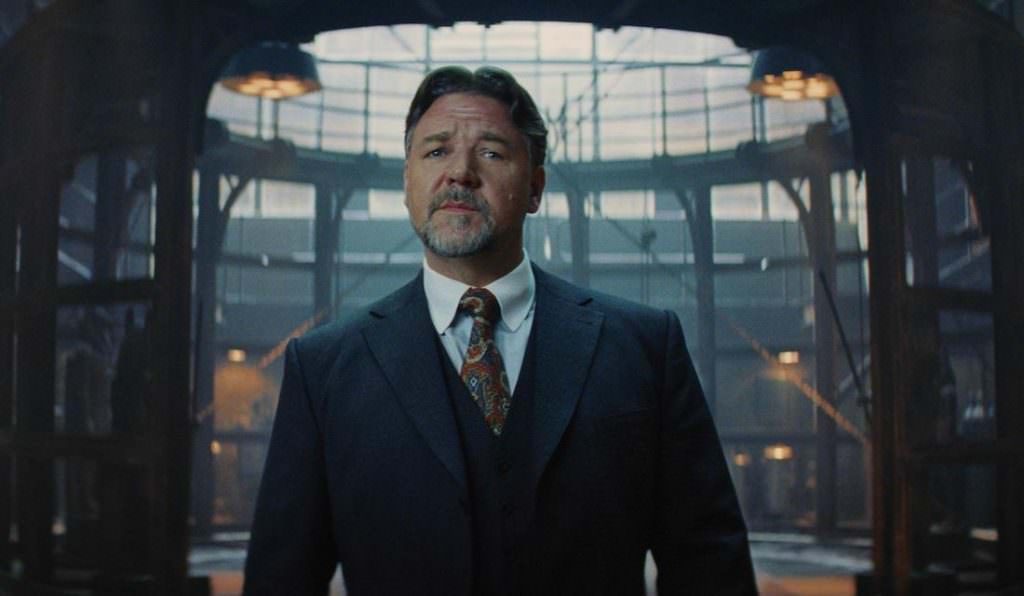 Russell Crowe’s Dr. Jekyll is the Key Figure in The Mummy

Dr. Henry Jekyll (Russell Crowe) is the prime mover in The Mummy, and may just be one of the crossover characters that show up in Universal's shared monster universe. While the film’s main star is, of course, Tom Cruise, Crowe’s Jekyll knows more about what's going on than any other character, and some of what he knows, like what's inside himself, will no doubt have a huge impact on how the story unfolds, for there can be no Dr. Jekyll without a Mr. Hyde.

In this new featurette, director Alex Kurtzman, producer Sean Daniel, Cruise, and Crowe himself discuss Jekyll’s influence on The Mummy's mythology. Jekyll is an iconic character in his own right, as famous for his alter ego as Bruce Banner is for the Hulk. Jekyll was conceived by Robert Louis Stevenson in his 1886 book “Strange Case of Dr. Jeykll and Mr. Hyde,” becoming a legendary character on the scale of Frankenstein's Monster and Dracula—two monsters from Universal's canon who will get their own films. In Kurtzman’s The Mummy, Jeykll leads an organization called the Prodigium, a group of scientists and scholars that pinpoints evil and tries to neutralize it. The Prodigium's methods seem, at first, to purely scientific; they study the mythology and histories of monsters and make themselves invaluable as the most knowledgeable form of resistance mankind has. This comes in handy when Princess Ahmanet (Sofia Boutella) is awakened, and selects Cruise’s Nick Morton as “the vessel for the ultimate evil,” as Jekyll explains in the film. He and his Prodigium members have been hiding in plain sight—in the Natural History Museum—studying monsters and, perhaps, considering they're being led by Dr. Jekyll, doing a little more than merely keeping their nose in the books.

What goes without saying is there’s a lot more to Jeykll than Cruise's Nick Morton initially understands, but one assumes by the end of the film, he’ll find out just what Jeykll means by “it takes a monster to defeat a monster.”