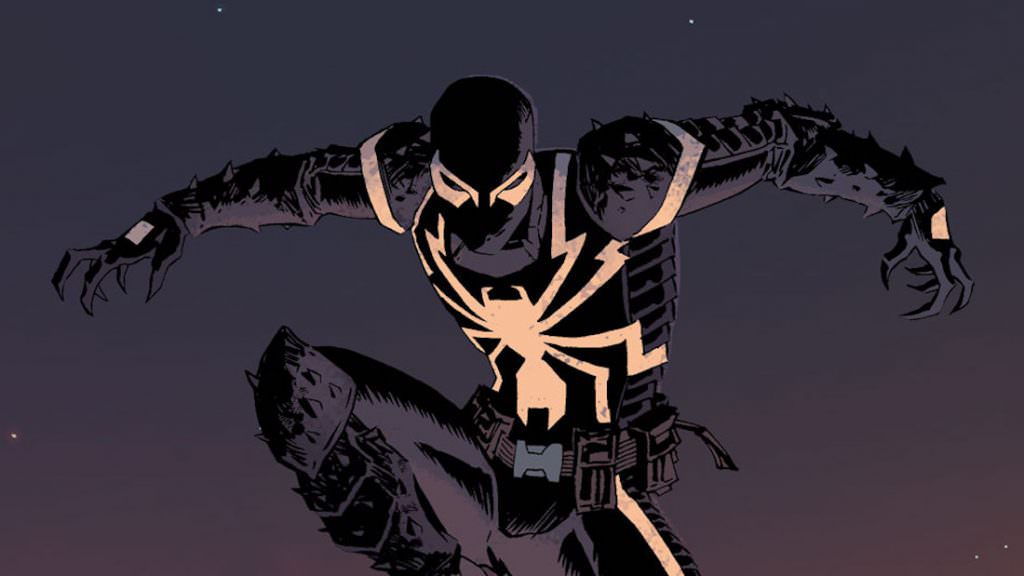 Eddie Brock, aka the antihero Venom, has always been both a beloved villain and a bit of a hard sell when imagining the character supporting his own stand-alone film. He went from being an outright villain in the Marvel universe to an antihero, but he’s certainly a nasty piece of business and, unlike witty antiheroes like Deadpool, he’s never been particularly funny or relatable. He is, after all, the product of the union between a bitter, vengeful reporter (Brock) and an alien parasite. However his look— black Spider-Man costume—is to die for.

Sony owns the rights to Venom, and the last and only time he was played on the big screen was by Topher Grace in Spider-Man 3.

Yet Venom’s always been an intriguing character, ranked the 22nd greatest comic book villain of all time by IGN. Now, with the word out that Sony has cast Tom Hardy to play Venom in his own film, they’ve managed to excite millions of people with a single stroke of the pen (and likely many hours of negotiation). This isn’t Hardy’s first turn as a superhero villain—he memorably played Bane in Christopher Nolan’s The Dark Knight Rises, a potentially one-note character who, thanks to Hardy, was a compelling, brooding wounded soul.

Hardy is a fan favorite for good reason. He’s one of those actors that quietly manages to steal scenes, drawing your eye to him whether he’s breaking Batman’s back or saying nothing at all. He was fantastic playing Max in George Miller’s Mad Max: Fury Road, he was the breakout star in Nolan’s Inception, and he was the dark heart The Revenant, playing a duplicitous fur trapper who leaves Leonardo DiCaprio’s hero for dead. He’s got that rare mixture of intelligence and animal magnetism, both beauty and brute, an actor respected by his colleagues and one who stays out of the spotlight when he’s not on set.

Eddie Brock is a character that Hardy will be able to sink his teeth into (pun intended). Venom first appeared in 1988, a ‘Symbiote,’ or sentient alien that has fused with Eddie Brock in an unholy alliance. Venom has crossed paths with not only Spider-Man, but also some of Marvel’s most iconic characters, including Iron Man, Deadpool and the Hulk. But Venom’s most often associated with Spider-Man, who he resembles and shares abilities with and serves as Spider-Man's vicious, snarling opposite. Whatever virtues and powers Spidey possesses, Venom matches them in brutality and potency. When Venom first appeared, it was actually in the form of a living Spider-Man costume, which Peter Parker unwittingly wore until the Fantastic Four’s Reed Richards figured out the costume was actually alive, and not of this world. When Parker rejected the costume, the Fantastic Four tried to trap it, but it ultimately escaped and merged with Brock. It’s unclear how much crossover, if any, Venom and Spider-Man will have in Sony’s upcoming slate of films, which include not only Spider-Man: Homecoming, but films centered on Black Cat and Sable. What is clear is that Hardy will bring a gravitas and intelligence to the character, giving us the best shot we have at seeing a screen version of Venom that's as compelling and terrifying as the one that has stalked the pages of Marvel for years.

Venom will be directed by Zombieland’s Ruben Fleischer. With Hardy in the central role, the first major casting decision has been met with wide approval.