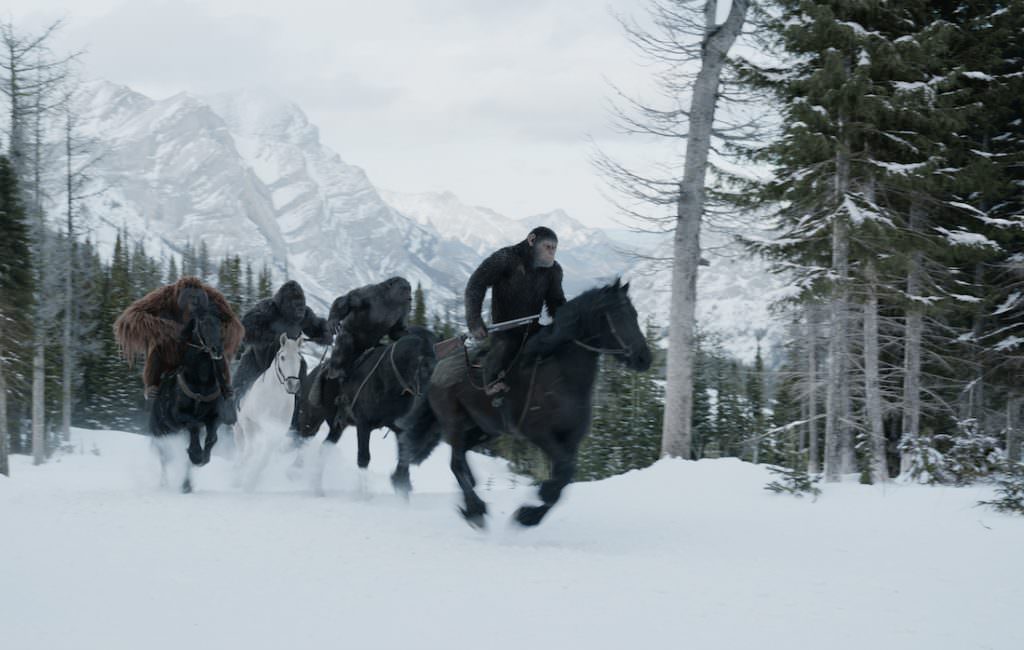 In a fantastic new teaser for Matt Reeves’ War for the Planet of the Apes, we are brought back to the film that started this franchise (and one of the most influential sci-fi films of all time), with Charlton Heston’s character from the original Planet of the Apes, in voice over, rallying against the end of his kind.

“I believe he will endure, he will prevail…not because alone among God’s creatures he has a voice. But because he has a soul, spirit capable of compassion and endurance.”

The great irony that the teaser is playing with is that the being with the most compassion, spirit and endurance in the new franchise is not a man but an ape, Caesar (Andy Serkis), as we end on him waking as if from a nightmare. He was no doubt dreaming not of the end of man, but the end of his kind.

In the 1968 original, Heston played American astronaut George Taylor, a member of a crew who crash-lands on a strange planet in the distant future where intelligent, talking apes are the dominant species, while humans are the oppressed and enslaved, forced to do the apes' bidding. With one of the most famous endings in film history, Heston soon learns his view on mankind is narrow, and he's not where he thinks he is. In War for the Planet of the Apes, the ultimate outcome for humanity and the apes is unclear—will Caesar and the humans find a way to live peacefully with each other? From the footage we've seen thus far, it appears less than likely.

War for the Planet of the Apes opens on July 14.