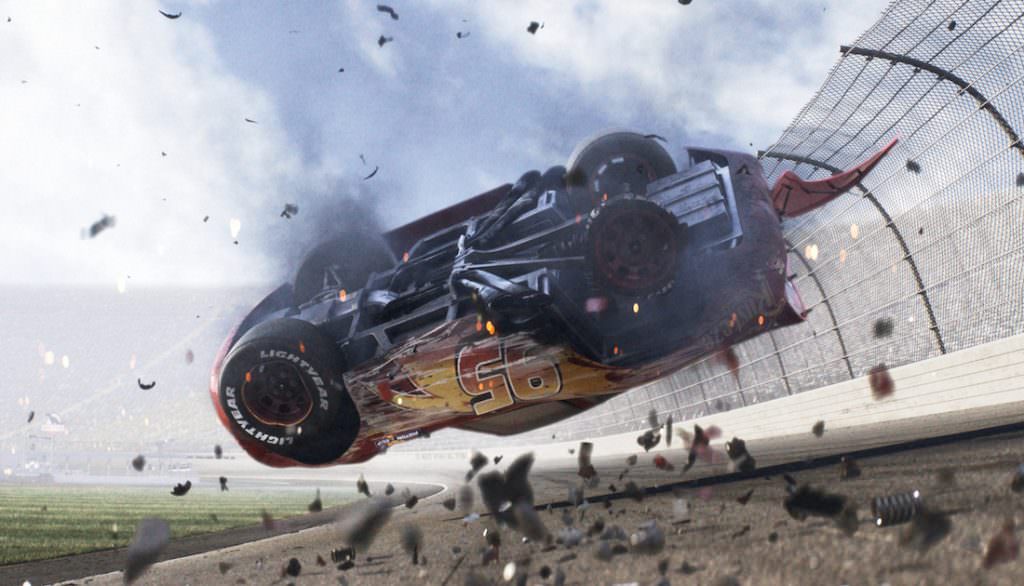 This new Cars 3 trailer is a loving tribute to a film franchise that was famous for its training scenes. We’re talking about Sylvester Stallone’s iconic Rocky series, particularly Rocky IV, in which Rocky headed to Siberia to train in his fight against the Russian monolith known as Ivan Drago (Dolph Lundgren). Compared to Drago's high-tech training method, and the myth surrounding the Russian ("whateve he hits, he destroys"), Rocky appeared to be outmatched in every possible way. Of course, what Rocky had that Drago couldn't match was heart—and the ability to haul logs through waist-deep snow. In the Cars 3 version you'll see in the new trailer, it’s Lightning McQueen (Owen Wilson) as Rocky, the aging, former champ, and the turbo-charged, technologically advanced and much younger Jackson Storm (Armie Hammer) as Drago. This matchup looks so uneven they might as well be racing in Russia:

Lightning McQueen as the aging racer who’s not quite ready to quit the track—this is perhaps the angle that will make Cars 3 the standout in the franchise, giving us a weathered, beaten down protagonist to root for. Here’s the official synopsis from Pixar:

Blindsided by a new generation of blazing-fast racers, the legendary Lightning McQueen (voice of Owen Wilson) is suddenly pushed out of the sport he loves. To get back in the game, he will need the help of an eager young race technician, Cruz Ramirez (voice of Cristela Alonzo), with her own plan to win, plus inspiration from the late Fabulous Hudson Hornet and a few unexpected turns. Proving that #95 isn’t through yet will test the heart of a champion on Piston Cup Racing’s biggest stage!