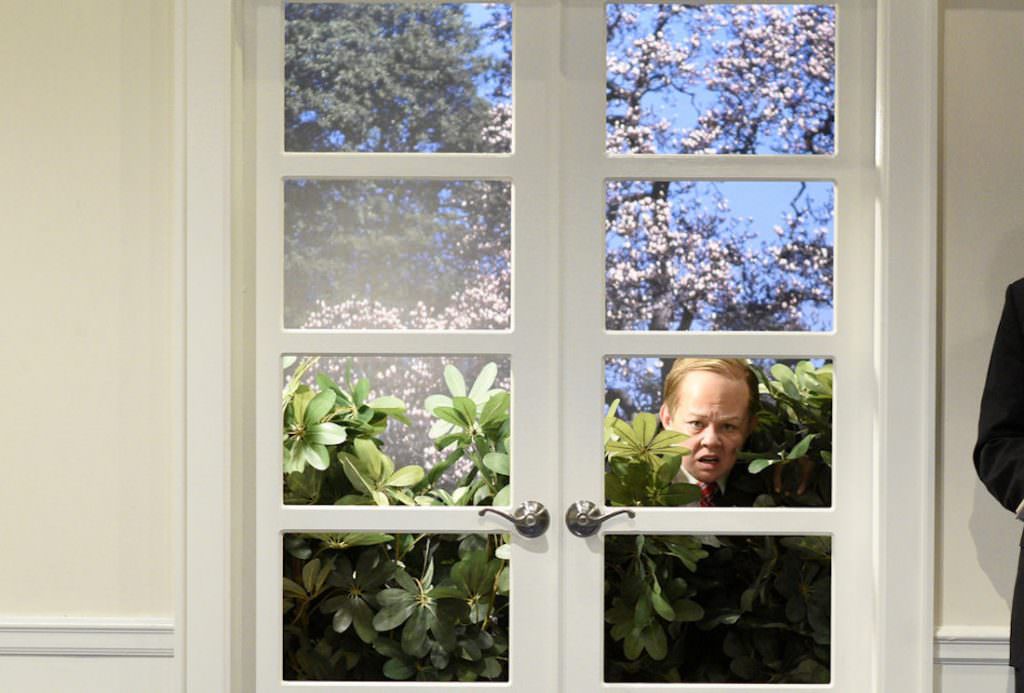 Melissa McCarthy returned to SNL this weekend as the host, and once again reprised her now iconic role as embattled press secretary Sean Spicer, and boy, did she make the most of her time. Her Spicey crashes a press conference, one he used to run, and rages at the gathered and by now familiar faces—he might call them foes—assembled to do their jobs. This was McCarthy’s fifth time hosting, and her now legendary take on Spicey was the highligh to a very funny show, which included taking direct aim at the insanity of last week, including the firing of FBI director James Comey and Spicer's alleged hiding behind a bush during the ensuing press conference.

It was a momentous week for Spicer, and the timing couldn't have been more perfect for McCarthy to be hosting. After the Comey news broke (and practically broke the internet), Spicer and the White House press team began by citing recommendations from the Department of Justice as the reason Trump removed the FBI head, but this was debunked by the President himself, who contradicted Spicer later in the week almost as if he were writing for SNL himself. Then Spicer became an internet meme (again!) after the Washington Post reported that he and his staff huddled in the bushes while reporters were gathered in hopes of getting some context into the Comey firing. A surreal week ended, as it always should, with a hilarious SNL episode.