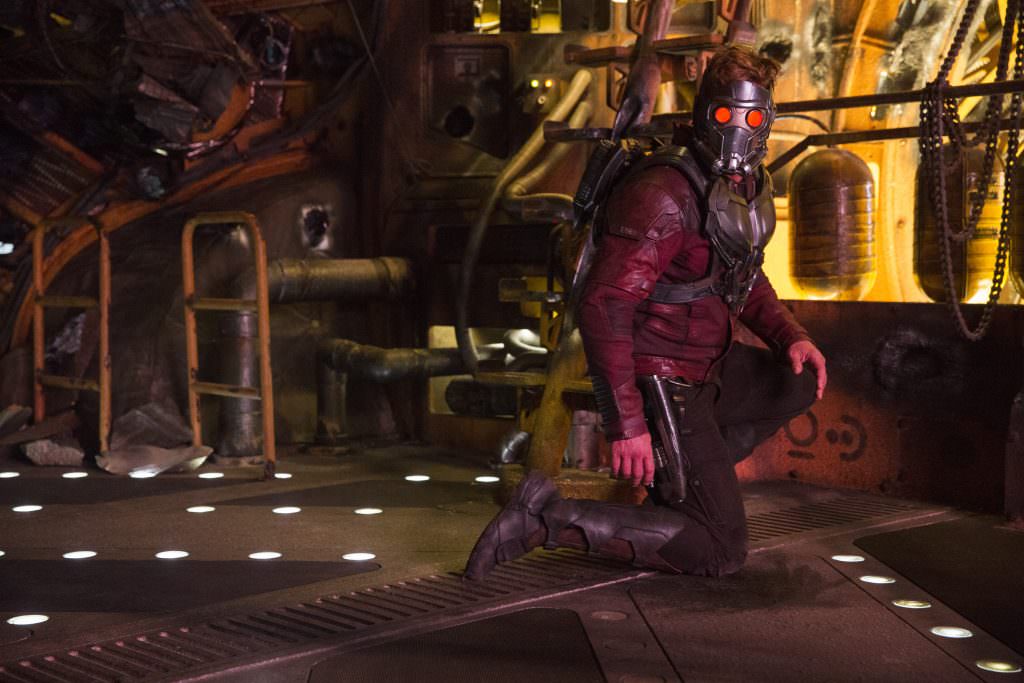 Guardians of the Galaxy Vol. 2 has a whopping five post-credits scenes. Surely this is some kind of record. It's also fitting for James Gunn's sequel, as Vol. 2 is a wild film, with some of the biggest, most complex action set pieces of any Marvel film.  The credits scenes themselves are little jewels, doing double duty of completing some storylines from the film and teasing upcoming films in Marvel's world conquering MCU. And, as always, a few of these scenes are for the true Marvel fans, offering references that only those deeply familiar with the Marvel canon could possibly get.

Here's a brief primer about the credits scenes, which of course include massive spoilers if you haven't yet seen the film: 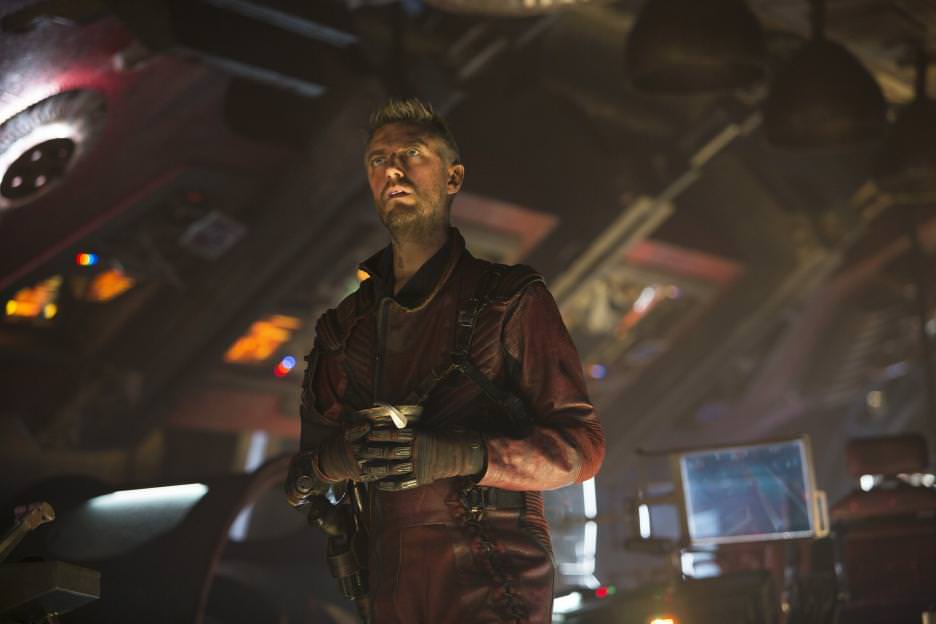 The first post-credits scene features Kraglin (Sean Gunn) playing with his late boss’s mind-controlled arrow, naturally not knowing quite how to use it, and ultimately stabbing Drax (Dave Bautista), which is not a great idea.

Marvel president Kevin Feige has revealed to Slashfilm that this scene was, in fact, in the script, and while it didn't ultimately make it into the film, it was funny enough to include in the post-credits scene. 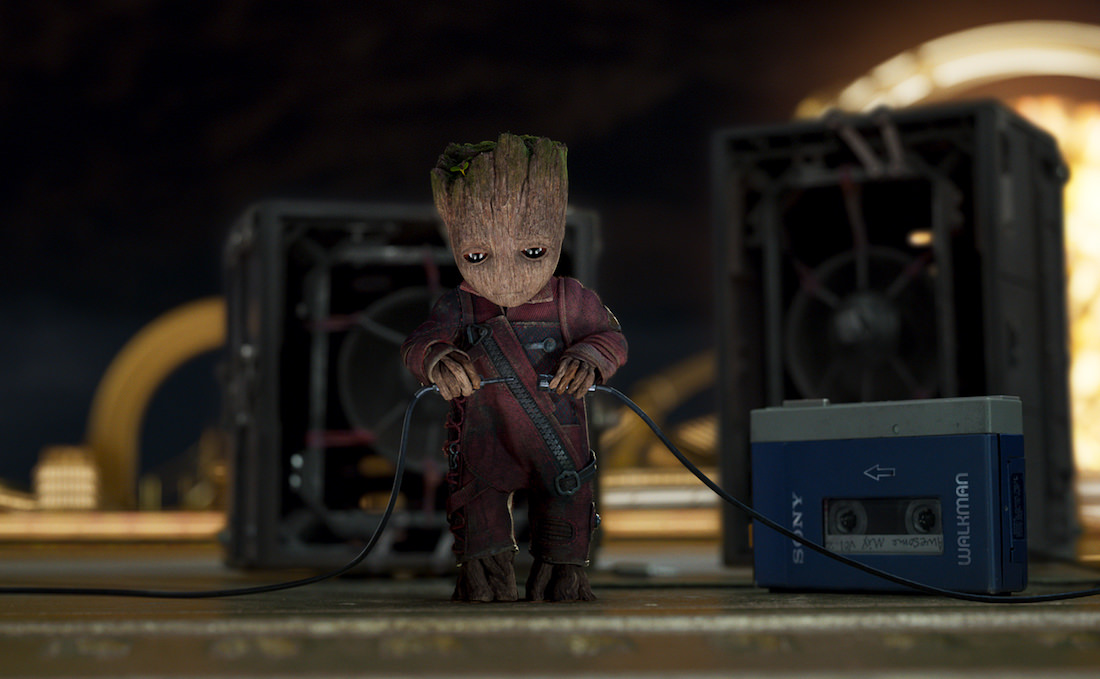 The second post-credits scene is set well after the final battle with Ego, when Peter Quill stops by Groot’s room to tell the teenage Groom he should clean up his room. It’s hysterical, watching the surly, adolescent Groom respond with his limited vocabulary, as even though all he can say is “I am Groot,” it’s clear he’s annoyed.

This scene also highlights how Quill has grown. When we met him in the first film, he was a rogue, doing Yondu’s dirty work for cash, sleeping around, and generally not caring about anyone or anything. Now he’s the father figure in a family of oddballs, as evidenced by his concern over his alien charge, the growing, soon-to-be massive Groot. It’s both weird and touching! 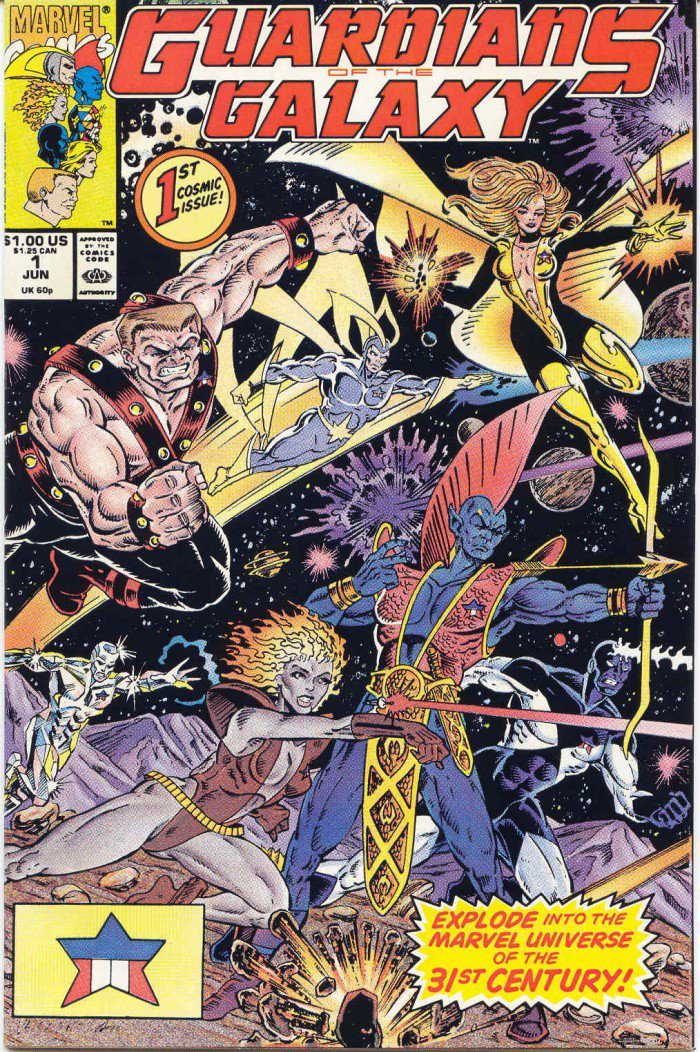 The third post-credits scene may have confused even hardcore Marvel comic fans. It concerns the original Guardians of the Galaxy, the headliners of their own comic series in 1969. Working in the 31st century, way, way, way later than just about everything else that has gone on in the Marvel universe, the heroes include including Starhawk, Charlie-27, Aleta Ogord, and Yondu, all of whom (save Yondu), you probably haven’t heard of.

After Yondu’s funeral, Sylvester Stallone‘s Stakar (Starhawk’s real name) finds some of his old Ravager pals, including Charlie-27 and Aleta Ogord, played by Ving Rhames (!!!) and Michelle Yeoh (!!!). These, folks, are the original Guardians of the Galaxy, the ones drawn directly from the comics.

The Birth of Adam Warlock

This post-credits scenes ties up some business revolving Elizabeth Debicki‘s Ayesha, who has a lot to answer for after getting the whole Sovereign fleet destroyed in her attempt to kill the Guardians. But Ayesha is hardly done her meddling, bringing to bear an even more perfect villain—Adam.

Most people seeing this scene would think, fine, she’s cooking up some fresh villain, big deal. But you comics nerds know that the Adam she’s referring to is Adam Warlock, a VERY weird and potent character who is also one of Marvel’s oddest. In the comics, Warlock is the result of an experiment by scientists to create the perfect organism, only to escape, get some superpowers in space, and go on adventures, often teaming up with other heroes and being, generally, a good guy.

Adam Warlock was originally going to feature in Vol. 2, but his character was cut on account of his presence being too confusing for this film, so Gunn decided to save him for later— likely feature in Vol. 3.

The final post-credits scene offers up Stan Lee, again, teasing out his cameo earlier in the film. Yet what this final scene is hinting at is maybe ALL of Lee’s cameos (he’s been in nearly every film in the Marvel Cinematic Universe) are building towards something and that Lee’s many cameos throughout these films are all unified. Lee’s character name in the credits: “Watcher’s Informant.”

As Slashfilm explains: “The Watchers are a race of ancient aliens who do just as their name implies: they observe the universe, record vital events, and keep a detailed history of all existence. Although there are other Watchers, the one most commonly seen in the comics is named Uatu, who observes the many, many events that seem to transpire on and around Earth. The Watchers are strict observers, refusing to participate in any events and never picking sides in intergalactic conflicts. When a Watcher personally shows up to witness an event, it’s a big deal. Cosmic history is being made.”

So is Stan Lee watching the ever-expanding MCU on behalf of an alien race so that he can report back the important events? Sounds about right. Kevin Feige has said that Lee’s cameos are, in fact, about more than just having the legend pop up in films, and he is “a different type of entity within the Marvel Cinematic Universe, who can hang out with the Watchers and tell them stories about all his cameos.”