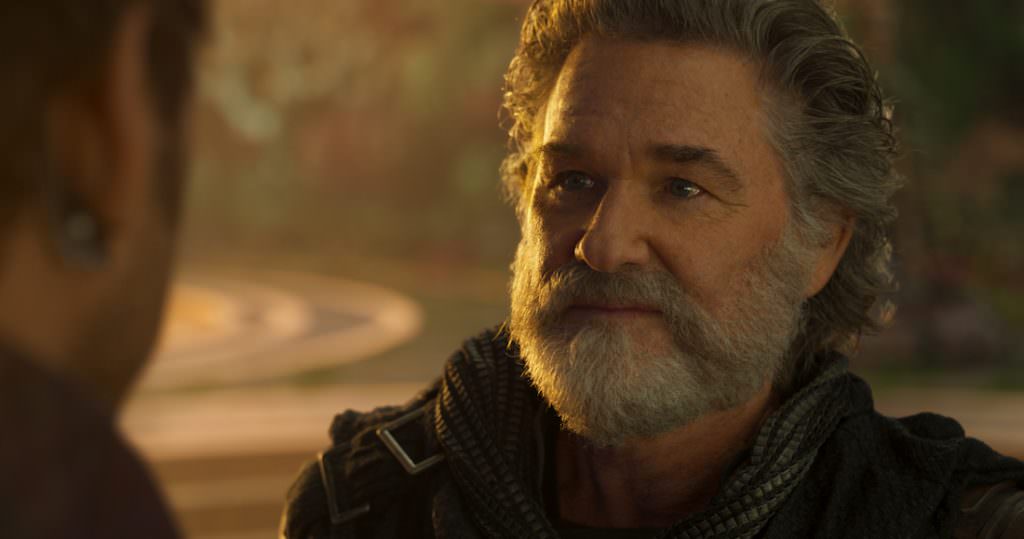 In his long and epic career, Kurt Russell has worked with some of the best directors alive, which makes his praise for James Gunn, the visionary behind the Guardians of the Galaxy trilogy (he’s staying on board to see the franchise through its first narrative cycle) all the sweeter. Russell joined Vol. 2 in a crucial role, as Ego, the Living Planet, who also happens to be Peter Quill’s (Chris Pratt) father. One of the things Russell marveled at (pun intended) was how Gunn managed to make sure the epic sequel was grounded in real emotion. The relationships are what make Guardians of the Galaxy so satisfying—Star-Lord's ragtag group of fellow Guardians are, for better and for worse, a family. As Ego, Russell was playing someone who had the power to unite or shatter their budding unit:

For Dave Bautista, playing Drax represented an opportunity to both prove his comedic bonafides (Drax is arguably the funniest Guardian of them all) while also enjoying playing a man (of sorts) who has found a family after his was brutally taken from him. Bautista talks about how Drax is possibly the happiest of the Guardians. One of Drax's trademarks is that insanely loud, over-the-top laugh.

Guardians of the Galaxy Vol. 2 has been crushing it, both critically and commercially. If you haven't seen the film yet, we suggest you do. If you have, check out our breakdown of those five post-credit scenes here.