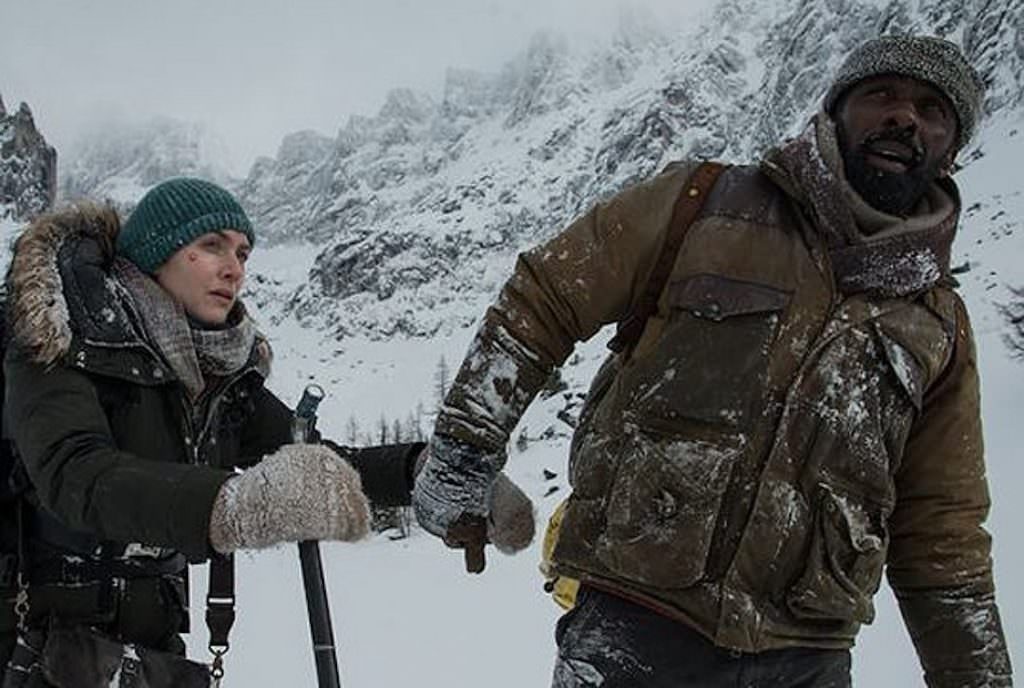 Quick, who would be into a survival romance starring Kate Winslet and Idris Elba? Yup, us too. The Mountain Between Us features Elba as a surgeon and Winslet as a photojournalist  who are injured in a plane crash in the Colorado mountains, and will need to rely on each other, and their respective skills, to survive. In the process (how could they not), the two survivors start to fall for each other.

Based on Charles Martin’s 2010 novel of the same name, the film’s had a winding round to get to Elba and Winslet (previous potential pairs included Michael Fassbender and Margot Robbie), with Oscar-nominated director Hany Abu-Assad (Omar) behind the camera. The production was intense, with bitter cold and serious stunts, but word from a feature in USA Today has it that Elba and Winslet were more than up to the challenge. The film was shot in Canada, on the border of Alberta and British Columbia, and the temperatures were so cold that Abu-Assad said it was impossible to talk.

“When you close (your eyes), because there’s water, you can’t open them sometimes,” he told USA Today's Andrea Mandell.

The shoot required cast and crew to use a helicopter to get to the peak each day with their supplies. Winslet performed one of the film's riskiest stunts herself—her character plunges into ice cold water, a scene that the producers were very concerned about hypothermia. In fact, Winslet had to the scene three times until they got it right.

The Mountain Between Us hits theaters on October 20, 2017.

TAGSThe Mountain Between Us