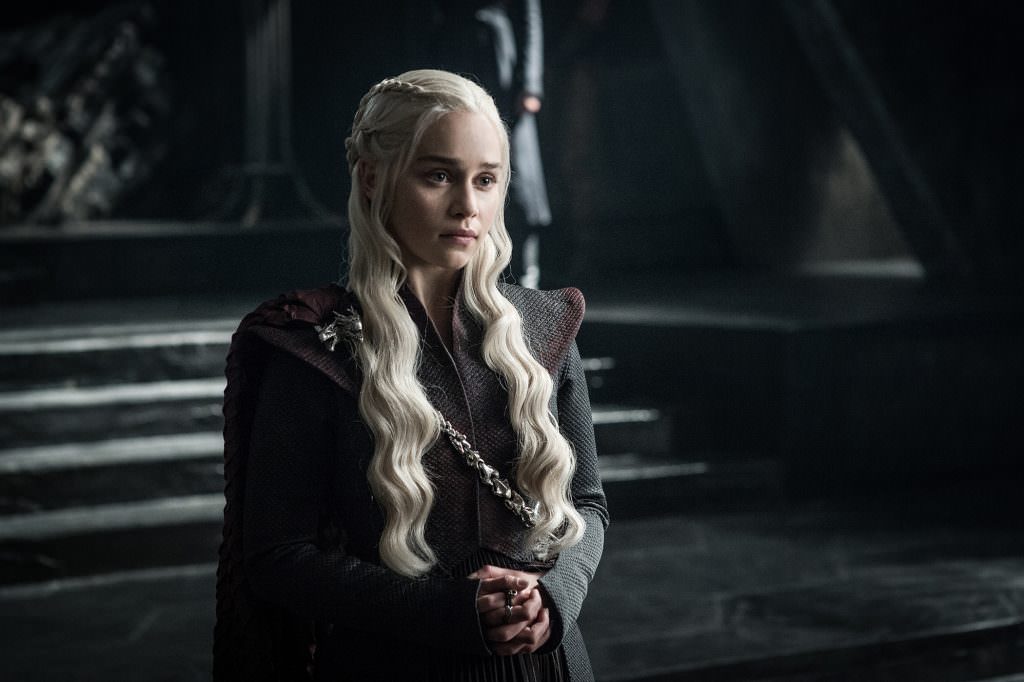 You can never have too much of a good thing. This, it seems, is a sentiment HBO might be putting to the test, as Deadline reports that cable’s premiere network has four Game of Thrones spinoffs in development. Now, a channel like HBO always has lots of stuff in development, some of which never see the light of day, so this shouldn’t be all that surprising—but—four projects is a lot, even for a show as monumentally successful as Game of Thrones.

Then again, for a world as richly realized, and massive, as George R.R. Martin's Westeros, there's more than enough source material for ten spinoffs, and from what we hear thus far, HBO, Martin and GOT showrunners David Benioff and D.B. Weiss are going about this the right way For Benioff and Weiss, that primarily means being a part of the team without being tasked with the monumental task of day-to-day production, as they've been doing on GOT. The two will be credited as executive producers on any spin-offs, but won’t be doing any of the writing. HBO has gone on record saying these shows will “explore different time periods of George R. R. Martin’s vast and rich universe.” J.R.R. Tolkien’s Middle Earth and J.K. Rowling’s Potterverse (it pays to have initials in your name if you’re planning on creating entire worlds) spawned huge film franchises, and Martin’s Westeros is packed with enough characters and events to fuel four more shows, easy.

So far, the people attached to these potential spinoffs are Max Borenstein (Godzilla, Kong: Skull Island), Jane Goldman (Kick-Ass and Kingsman: The Secret Service) and George R. R. Martin, Brian Helgeland (L.A Confidential, A Knight’s Tale), and Carly Wray (Mad Man) and George R. R. Martin. You’ll notice how involved Martin is in many of these, and that’s obviously a good thing.

So what stories might these folks explore? It seems one potential spinoff that everyone seems to want to see would revolve around Robert’s Rebellion. This was the moment when House Baratheon, House Stark, and their allies declared war on House Targaryen. The Targaryens abducted Robert Baratheon’s wife-to-be and killed Eddard Stark’s father, the reverberations of which have been a major part of the GOT series we know and love. It would also include the younger versions of characters we have already met, including Ned, Robert, Tywin Lannister and Robin Arryn.

There are obviously a ton of other options, and Robert’s Rebellion is a relatively recent affair in Martin’s sweeping creation, with wars, treasons, murder and mayhem stretching back far deeper into Westeros history. How about going back to the time when the first Targaryen king marched on Westeros? This is another seminal event in Westeros history, and mentioned quite a bit in the current series. This was when the Targaryen King and his sisters Rhaenys and Visenya attacked Westeros with a massive army and three dragons. This bloody event was a major moment in the making of the Seven Kingdoms, and would allow HBO to focus on how the kingdom was created.

Then there is the series of novels Martin wrote that are set a century before GOT, “Tales of Dunk and Egg.” Lighter in tone than his main novels, they’re often compared to Tolkien’s "The Hobbit," which was a breezier (but still marvelous) novel, compared to his darker, sweeping "The Lord of the Rings" trilogy. These stories revolve around a wandering knight named Dunk and his squire, Egg, who get into a bunch of adventures as they range across Westeros. Dunk eventually becomes Ser Duncan the Tall, one of the most famous knights in Westeros history, while Egg turns out to be none other than Prince Aegon Targaryen, the future ruler of Westeros and whose very own grandson, Aerys Targaryen, becomes the oft-mentioned Mad King.

What stories from Martin's massive Westeros would you want to see on screen?