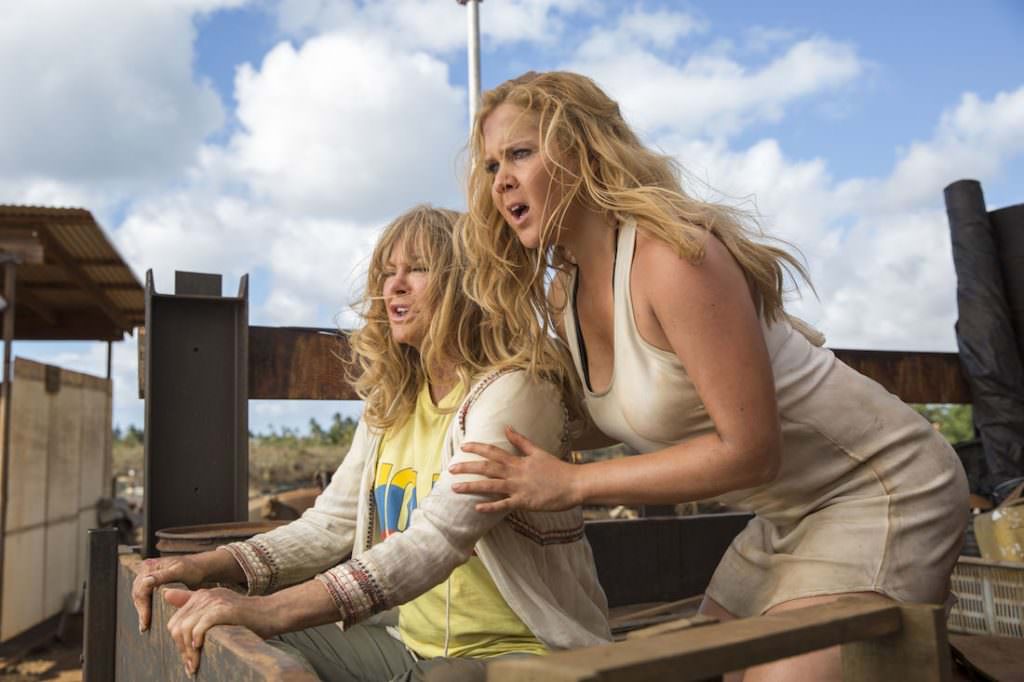 Moms. Without them there is nothing. No world, no reason for being, nothing at all. You can say this without risking overstatement: Mothers are our everything. In honor of moms everywhere on Mother's Day, we’ve put together this tribute to moms and their kids in Hollywood, and we lead with this hilarious clip from the upcoming film Snatched, starring Amy Schumer and Goldie Hawn. In the film, Schumer’s Emily Middleton is dumped by her boyfriend on the eve of a vacation, so she decides the best revenge is living well—and going on the trip with her mom, Linda (Hawn). The two are a study in opposites, and their differences are presented in stark relief when they’re kidnapped.

Hawn's daughter in real life is Kate Hudson, and they join a long list of famous mother/child Hollywood combinations, with mom showing the way as always. Jada Pinkett Smith's kids, Jaden and Willow, are both in the business (Jaden is currently starring in The Get Down), while Fifty Shades Darker star Dakota Johnson has both a famous mom (Melanie Griffith) and a famous, late grandmom (Tippi Hedren). Late last year, we lost two incredible moms, Debbie Reynolds and her daughter, Carrie Fisher. Fisher's daughter, Billie Lourd, joined her mom in both Star Wars: The Force Awakens and the upcoming Star Wars: The Last Jedi. Jamie Lee Curtis's mom was none other than Psycho's Janet Leigh, while Big Little Lies Zoe Kravitz is the daughter of Ray Donovan's Lisa Bonet. Speaking of Big Little Lies, the great Laura Dern's mom was Diane Ladd, who starred in one of the greatest films of all time; Chinatown. Black-ish's hilarious Tracee Elis Ross is the daughter of Diana Ross, while Pirates of the Caribbean and Love, Actually star Keira Knightley's mom, Sharman Macdonald, was a fantastic screenwriter.

The list goes on and on…is there a favorite mom/kid Hollywood pairing you love? If so, share it with us on Facebook. And to all the wonderful mom's out there, Happy Mother's Day, you literally make the world what it is!