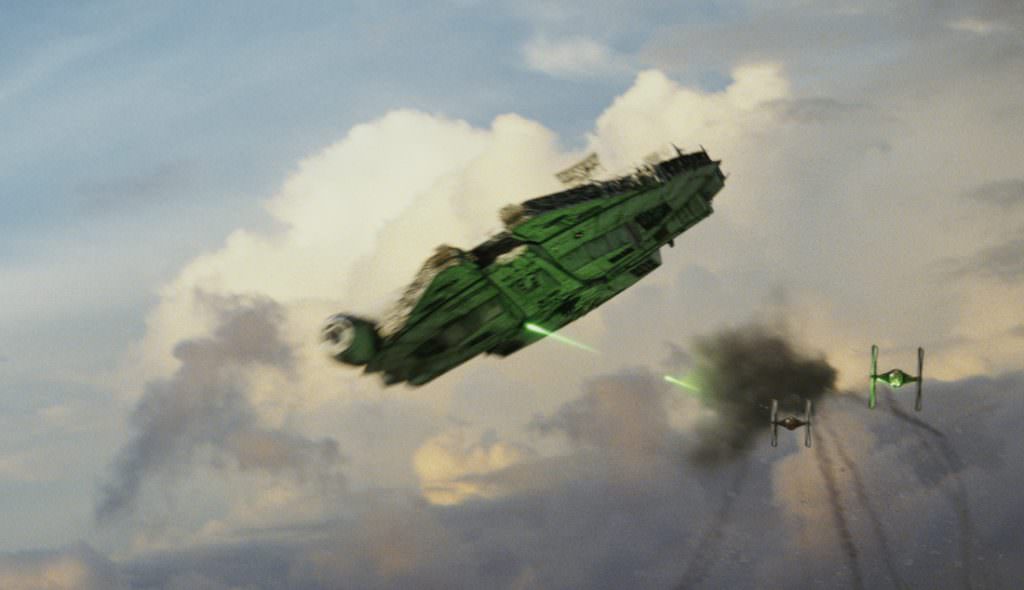 Star Wars is officially 40 years old. Premiering on this day, May 25, in 1977, Star Wars: Episode IV – A New Hope (back then it commonly known simply as Star Wars) first introduced the world to Luke (Mark Hamill), Leia (Carrie Fisher), Darth Vader (voiced by James Earl Jones), Han Solo (Harrison Ford), a certain Wookie and two droids. While hype is the lingua franca of Hollywood, this is one film you can say truly did change the cinematic landscape forever.

When it was initially released, George Lucas’s baby was far from a guarantee. In fact, it opened on a small number of theaters, and most of Lucas’s peers thought the film was going to be a disaster. Lucas was part of a crew of young directors, including Steven Spielberg, Martin Scorsese, John Landis and Brian De Palma, all of who were making their way in the industry. When Lucas screened Star Wars for them (Scorsese didn’t make it, and this cut had very few effects and no John Williams score), along with a group of writers and executives, not everyone was impressed. In fact De Palma told Lucas that the Force “didn’t make any sense,” and said of the now famous opening crawl that it looked “like it was written on a driveway.”

As John Seabrook wrote in a New Yorker piece in 1997, most of those gathered were aghast. “So we watch the movie,” Huyck said [screenwriter Willard Hyuck], “and the crawl went on forever, there was tons of back story, and then we’re in this spaceship, and then here’s Darth Vader. Part of the problem was that almost none of the effects were finished, and in their place George had inserted World War Two dogfight footage, so one second you’re with the Wookiee in the spaceship and the next you’re in ‘The Bridges at Toko-Ri.’ It was like, George, what-is-going-on?”

Of course, by the time the film premiered on May 25, it had revolutionized the way special effects are made (forever raising the bar on that front), included that deathless John Williams score, had created a surprisingly sturdy mythology that resonated with audiences, did gangbusters business on merchandizing, and, brought the sci-fi genre back in a big, big way. The film resonated to such an extent that even the composer, the aforementioned Williams, eventually became a household name. Star Wars’ characters, themes, dialogue, score, and mythology were metabolized into American culture, and, soon enough, the world’s.

The odd thing about writing any of this is it’s actually unnecessary—everyone knows Star Wars, from A New Hope to Rian Johnson’s upcoming The Last Jedi, because Star Wars truly did saturate the globe. While the franchise has expanded exponentially, with TV shows and novels and comics and conventions and cosplay toys and on and on, the original trilogy, and the very first film, hold a special place in our collective memory not only being first, but for setting a template that has been repeated, refurbished, and reimagined countless times. Even if you’re more of a Trekkie than a Star Wars person, no one can deny that 40 years ago, history was made, a galaxy far, far away was born, and a film that many of his peers thought was going to be a disaster is a global franchise that will outlive us all.