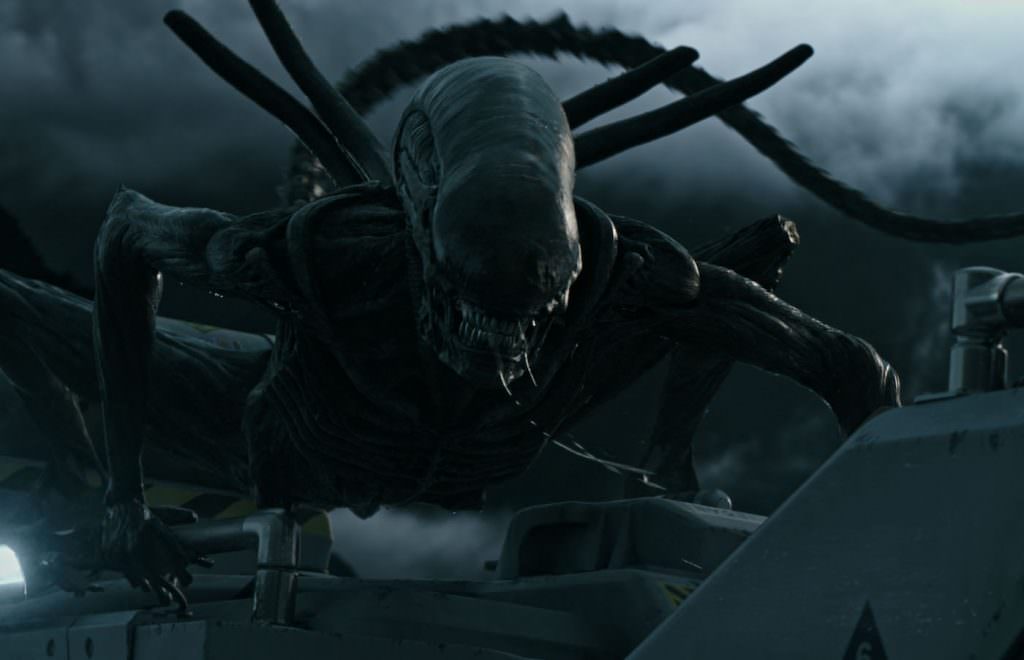 The Goriest Deaths and Biggest Secrets of Alien: Covenant

Alien: Covenant delivers exactly what every fan of the franchise came for. More pieces to the puzzle, nods to Ridley Scott’s original masterpiece, and really gory deaths by alien. The latest installment focuses on the evolution of the “perfect species” which we know to be the uber deadly Xenomorphs.

Covenant begins with a flashback to David’s (Michael Fassbender) creation at the hand of human scientist Weyland (Guy Pearce.) Together they muse upon the meaning of life and death and establish David’s ability to understand art and creativity.

Years later, aboard the Covenant, we find a familiar face running the ship while the crew and future colonists rest in hypersleep. Walter (also Michael Fassbender) is the most recent generation of android following David’s disappearance with the Prometheus.

Anyone who is a fan of the original flicks will rightfully suspect that the second coming of the android makes Walter the hero to David’s villain, but he makes a fatal mistake from the start. While trying to recharge the ship, the Covenant encounters a flare that burns up the crew’s captain, Branson (James Franco), and 47 colonists. It’s a pulse-pounding scene that sent shockwaves through the theater and let the audience know that no one was safe.

Oram (Billy Crudup), the openly religious second in command, meekly takes charge as Branson’s new widow, Daniels (Katherine Waterston), grieves. Unlike the previous installments, most of the crew is paired up and you know there are going to be some heavy losses as the horror unfolds.

While making repairs to the ship, Tennessee (Danny McBride) receives an interference that he recognizes as John Denver’s Country Roads. When the crew pins the source of the song to a habitable planet they overlooked that is years closer than their charted destination, the crew redirects their course despite Daniels’ warning.

When an expedition team descends to the planet, the carnage begins. The deaths are in the same vein as Covenant’s predecessors, but much more graphic. We are no longer shocked to see chestbursters or facehuggers in their own right, so Scott amped up the gore. The first terrifying twist comes when two crew members are infected by airborne alien spores shortly after the crew lands.

Despite making efforts to rush crew member Ledward (Benjamin Rigby) to the ship’s medbay, he begins violently seizing as sharp talons pierce his back. The gross out death is reminiscent of The Exorcist as his body bends unnaturally until the parasite bursts from his back and his body falls limp into a backbend over the examination table. After the slow burn of Prometheus, Covenant is a no holds barred explosion of horror.

As chaos descends and neomorphs attack the crew, David proves to be their salvation. While the team tries to stay alive from constant threats, Walter is suspicious of David’s haven. He uncovers the sinister truth about their host. David murdered Elizabeth Shaw whose body lies split open on a dissecting table. He had intentionally unleashed a bioweapon on the Engineers, killing them and spawning the Xenomorphs that he has evolved and hopes will destroy humanity. Most peculiar moment of the film goes to David kissing Walter, which he apparently believes is the human custom before killing someone.

In the desolate city filled with Engineer corpses, facehuggers take center stage and do their deadly thing. Thanks to enhanced CGI since the original films, Xenomorphs move and grow more quickly than ever before. A Xenomorph that rapidly grew from the size of a puppy to a towering adult attacks Rosenthal (Tess Haubrich) horrifying Oram who finds her head floating in a fountain.

Another shocking death comes in a sure to be iconic shower scene. Ricks (Jussie Smollet) and Upworth (Callie Hernandez) meet their demise during a steamy love scene when Upworth realizes Ricks’ isn’t the only one touching her.

The crew members that aren’t killed on the planet make it back to the Covenant where a final Xenomorph battle occurs. There is hardly anyone left, but the movie signs off with the chilling realization that Walter isn’t really Walter. Knowing that the Xenomorphs are not really all that alien at and are an android cultivated species, we suspect that the crew is doomed in the coming sequel.