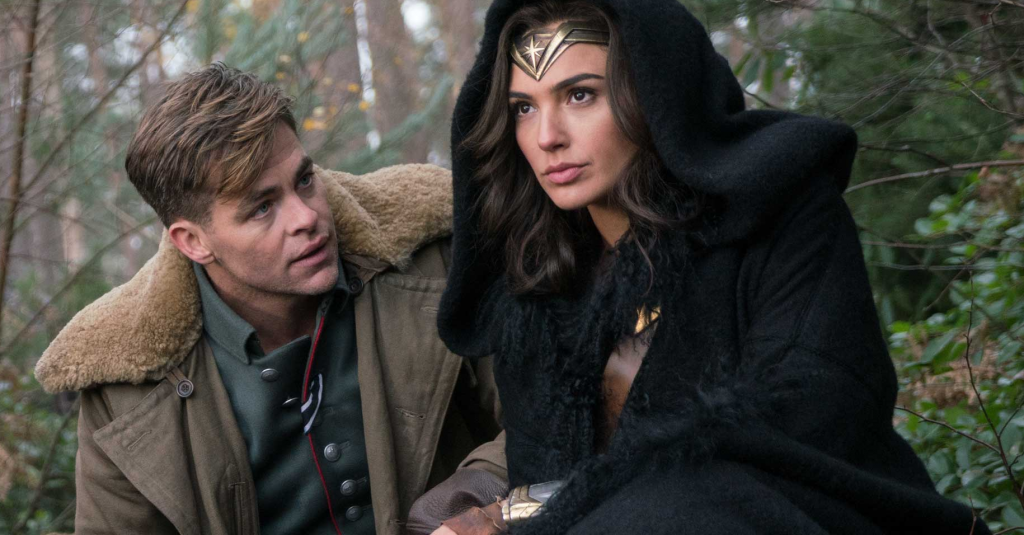 Gal Gadot and Chris Pine, your stars of Wonder Woman, give us a lot more detail about the film's plot and what it was like on set in these new video interviews by ScreenSlam. Gadot discusses what makes Diana Prince tick, giving us a LOT more information about Wonder Woman’s origins, from when we first meet her on the island of Themyscira when she’s just a little girl. Gadot explains that from the very beginning, little Diana was enthralled by her powerful aunt, General Antiope (Robin Wright), who is an Amazon warrior and everything Diana wants to be. Gadot also discusses how the first time Diana sees Steve Trevor (Pine), it’s the first time she’s ever seen a man in her life. Steve piques Diana’s curiosity in the world, and it’s because of Steve’s crash landing on Themyscira that Diana leaves the island and eventually gets caught up in the global conflict of World War I.

Gadot also praises director Patty Jenkins, whose vision for Wonder Woman came from a life-long passion for the character and helped imbue the entire production with a Wonder Woman-like power.

Pine might not be playing a superhero here, but his Steve Trevor is a crucial character in the film. In the interview, Pine discusses his character, his supporting cast, and what it was like working with Gadot and director Patty Jenkins. Steve Trevor is a world weary soldier, bearing witness to the ravages of World War I, and finds Diana's abilities shocking, to say the least. In fact, Pine mentions how the film's main antagonist, Ares, the God of War, is beyond Trevor's understanding. It's hard enough for him to come to grips with the idea that Diana is a superhero with a magical lasso and has the ability to take out an entire German regiment, by herself—the notion of a "God" of War is almost too much for him to take.

Here's the film's official synopsis: Before she was Wonder Woman (Gal Gadot), she was Diana, princess of the Amazons, trained to be an unconquerable warrior. Raised on a sheltered island paradise, Diana meets an American pilot (Chris Pine) who tells her about the massive conflict that's raging in the outside world. Convinced that she can stop the threat, Diana leaves her home for the first time. Fighting alongside men in a war to end all wars, she finally discovers her full powers and true destiny.