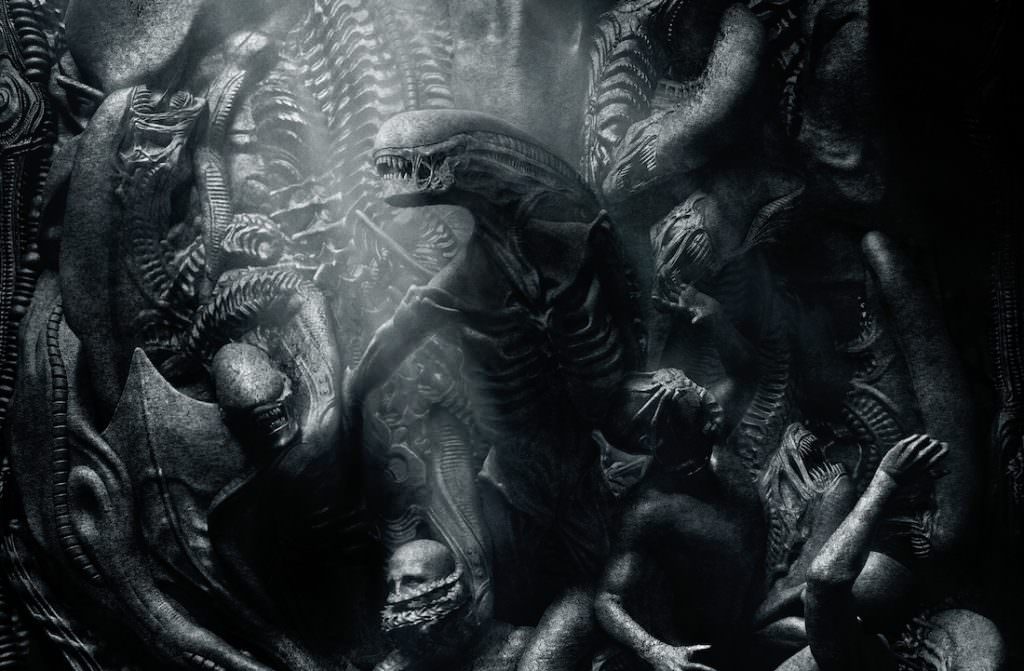 If you don’t want to see a single moment from Ridley Scott’s Alien: Covenant before you’re in the theaters, then this clip is not for you. For those who do want a peek at Scott’s sci-fi horror, this “My Face” clip will do ample justice to recent critical reviews that say the film is a terrifying jolt. In the pantheon of awful creatures in the Alien franchise, perhaps the most feared is the ‘Facehugger,’ first glimpsed in Scott’s 1979 original:

The facehugger is the second stage in the life cycle of a Xenomorph (the big bad in the Alien universe). It moves rapidly on its creepy finger-like legs and can launch itself through the air, covering great distances at speed. The whole purpose of a facehugger’s brief life is to make contact with a host’s mouth. Here’s how the process is described on the Aliens.wikia page:

The facehugger is a parasitoid; its only purpose is to make contact with the host's mouth for the implantation process, by gripping its long, bony finger-like legs around the victim's head and wrapping its tail around the host's neck, then slowly tightening the tail in order to make the host gasp for oxygen and be rendered unconscious. By this point, the facehugger will have inserted a tube-like proboscis into the mouth and down the throat of the host, supplying the host with oxygen while implanting an embryo. Attempts to remove facehuggers generally prove fatal—the parasite will squeeze the host's neck with its tail, while the facehugger's highly acidic blood deters cutting it off. Not only this, but its grip is so firm, peeling it off would result in tearing off the host's face.

In this clip, the facehugger returns, and the results are predictably brutal. The brief sequence ends on a cliffhanger, one that augers a gruesome end for both these doomed soldiers.

Alien: Covenant hits theaters on May 19.