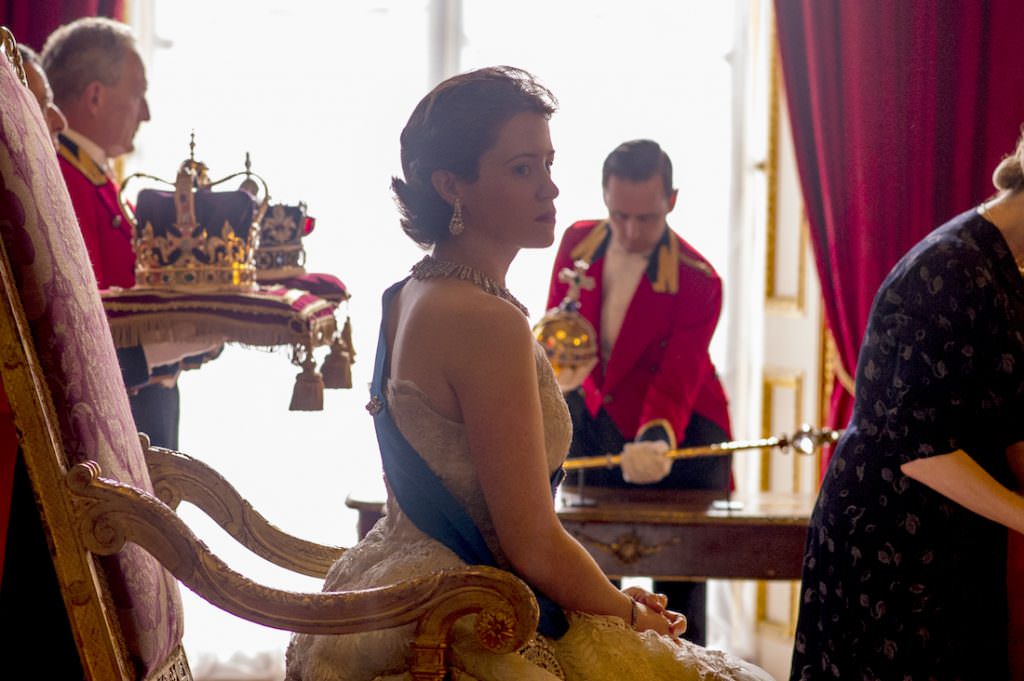 Rumoured to be the most expensive television show ever produced, the first series of Netflix’s lush period drama The Crown delves deep behind the palace doors into the events around Queen Elizabeth II’s ascension to the throne. Director Stephen Daldry (The Hours, Billy Elliot), chats to The Credits about how the idea for The Crown came about, diverting from the truth, why season two is ‘so f*cking interesting’ and why he doesn’t think the Queen should watch the show.

Congratulations on the success of The Crown. I thoroughly enjoyed it- along with everyone else. Actually, I accidentally introduced my mother to binge watching via The Crown. She's 69 and I set her up with a Netflix account and I came back six hours later and she was still watching it.

I guess that was the idea really, wasn't it? To attract a different demographic to the Netflix model.

Yeah, I think that was part of Netflix's motivation. I can't speak for Netflix but if I was Netflix, I'd try to get the older folks interested, even if the technology's a little bit challenging for them.

Oh she figured it out, don't worry. She started complaining about having to wait ten seconds for the next episode to load.

So, tell me a little bit about how the idea for the show came about. It was born from your work with writer Peter Morgan on the play The Audience. What was the original idea that you started to flesh out?

Well, for a TV show it was just a continuation, really, of our interests in the Queen and her sisters, which started on the stage. When we finished the play, Peter and I both thought, well there's probably more in this because we've got further to go on this journey. It's interesting her relationships with 12 prime ministers [during her reign]. Originally, we were going to focus much more on her relationships with the prime ministers but once we started getting into the subject matter, we got fascinated with the family and the huge problems, the tensions and the pressures on this family that we never destined to be the royal family. She wasn’t born to be queen. It was the great scar, the abdication of 1936, and then the terrible consequence of the early death of her father. All of these subjects, you know we have a very young queen, very inexperienced queen: a young woman with a very ancient prime minister. 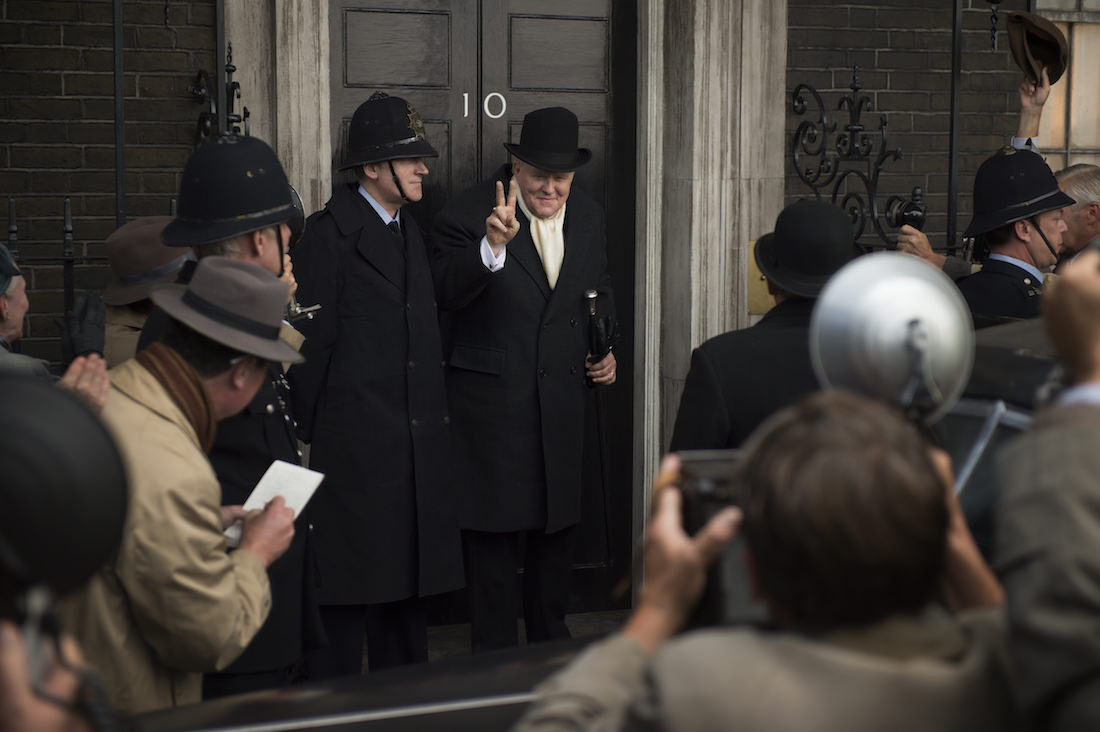 John Lithgow is Winston Churchill in The Crown. Courtesy Netflix.

She really is thrust into this role isn’t she?

Yes, you have an inexperienced woman becoming queen far too early, in many senses, and it puts incredible strain upon her marriage. A complicated family anyway, and then this woman growing into her role over the years and finding her way and then becoming the most famous woman in the world. But also the most visible woman and the most invisible woman at the same time. It was endlessly fascinating. We all think we know them. We've all been brought up with them but actually we don't know them at all. 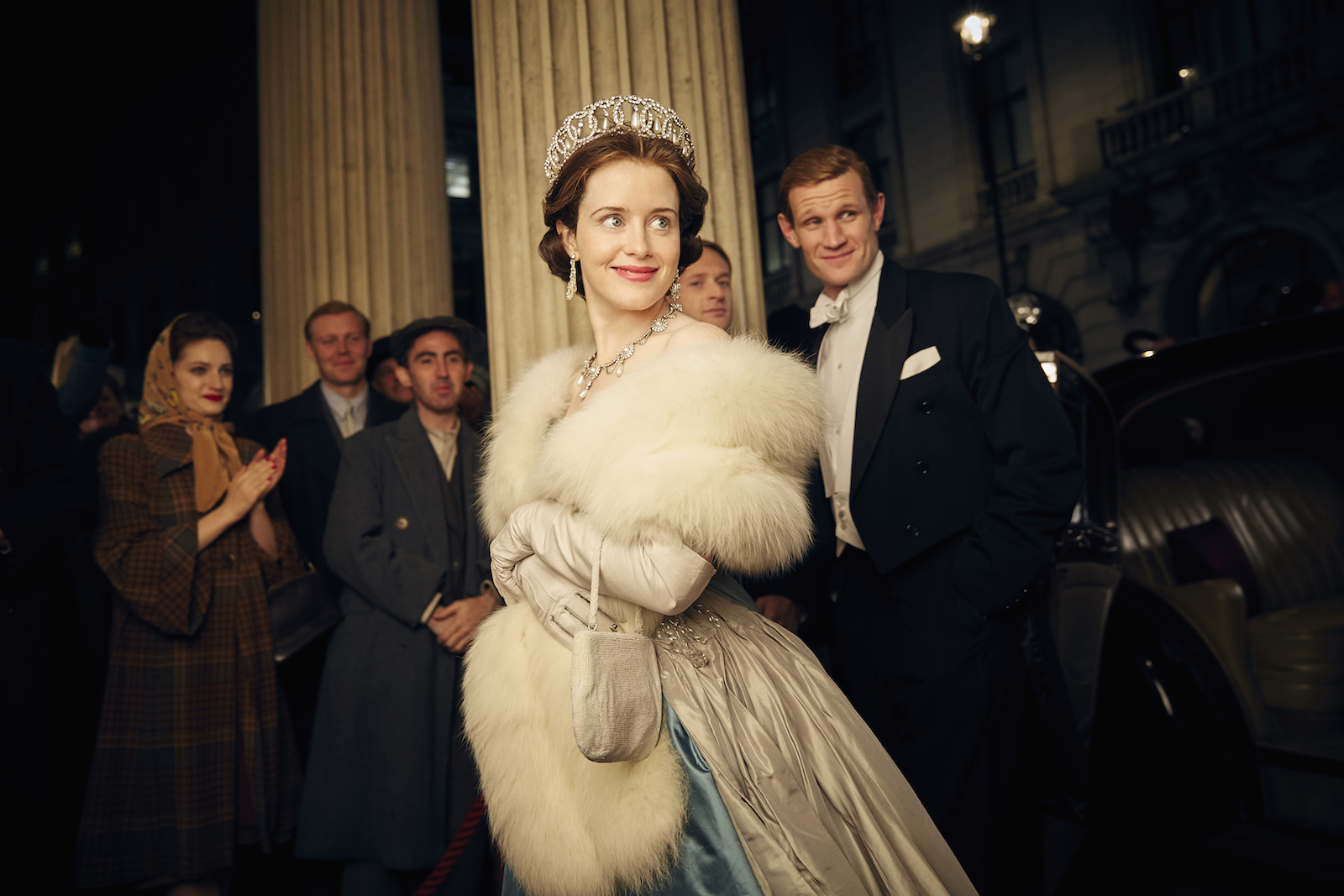 Claire Foy is Queen Elizabeth in The Crown. Courtesy Netflix.

You're obviously a fan of history, is the royal family something that you are particularly interested in? How do you think showing what’s happening during this period of her life serves as a refection on what's happening today?

No, I am particularly interested in the royal family. I'm fascinated with the history of post-war and the post-war story generally and seeing it through this prism is endlessly fascinating but again it's the issue of a family you think you know but actually you don't know at all. We're very well serviced by a brilliant team of researchers. We tend to know everything. Every scene that you see that we depict, we tend to know if it happened, when it happened. If we do divert from the truth, we tend to know what we're making up and what we're not making up. It is existentially a projection.

You are imagining a lot of conversations that happened. What is the trick to making them feel authentic?

Well, you have to follow your own instincts really. That what you think is true. I mean it's not a documentary. We're not pretending to give an accurate portrait of the Queen. This version happens to be our version of the Queen. So, you’re treating your version of the Queen, whether it's actually accurate for her or not. I don't know but what's interesting is however much you want to criticise or challenge them, it's quite hard to undermine her because you tend to be fascinated by this extraordinary character and her steadfastness and her commitment to service still feels pretty incredible. 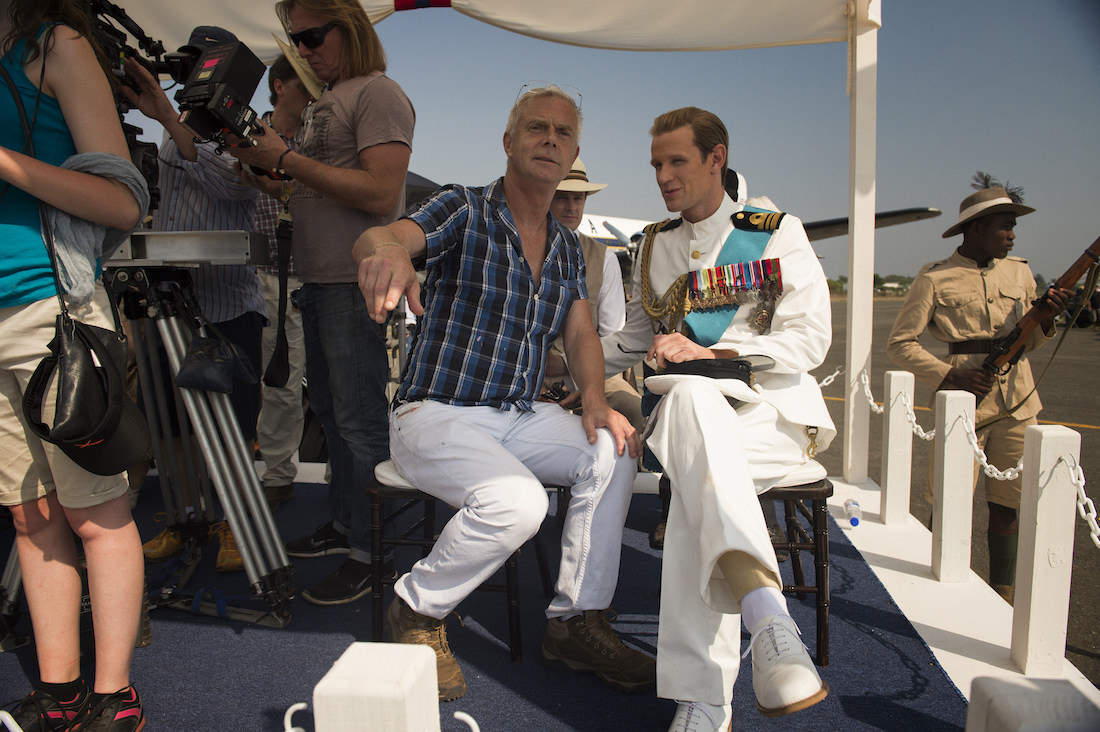 I read somewhere that you said that you hoped that the Queen herself wouldn’t actually watch the show.

Yeah, I mean maybe she has, maybe she hasn't. I've got no idea but if somebody said they're going to make up a version of my life I don't think I’d like to watch that.

You are dealing with a lot of narrative strands. There are lots of avenues that you can go down telling this story. How did you streamline that? How did you decide what to keep and what to cut out?

Well, you know it's an amazing, multi-faceted story. We could spend 40 hours telling the first season, which was 10 hours. There's so many different strands to the story. In the end, the choice actually has to be with Peter Morgan, the writer. So really we can suggest areas to him and, like you say, things that I'm interested in but in the end a lot of it’s what Peter finds fascinating. The great joy of long-form drama is that you have got the time and the space to explore narratives and characters that aren’t just about royal family situations, like the fog in episode four. The episode uses the great London fogs of the 1950s as a backdrop to what happens to Churchill and the secretary, which is a made up story.

You signed up to see this story through to the present day. Is it something that you and Peter excited about, telling that story all the way through? Is there a particular period that you really keen to get your hands on?

I think that at the moment Peter feels that it's a huge mountain to climb.

Yeah, and do something else. But the story continues to yield and continues to excite and give, so I suspect we will carry on. The thing that interests me with the royal family is that they're not always popular. The Queen's popularity at the moment is very high but that’s not always been the case. There have been real highs and lows and the family's come under incredible pressure along the way. So it's not necessarily an easy journey that they've been on.

You do have to some nasty stuff coming up! Can you tell me a bit more about season two?

There's some nasty stuff coming up. The disintegration of Princess Margaret as she starts going through her different marriages and the pain of that I think is quite awful. We spent a lot of the second season talking again about their marriage and the complications of that marriage and not knowing whether it's going to continue or not, even though that we know that it will continue. It's so f*cking interesting that when you're watching you're going, ‘Oh my God, is this marriage going to fall apart?’ Then, it's surely this huge, you've still got this problem it goes right the way through season one and then season two is this rogue uncle in Paris who abdicated but who still keeps popping up and you can't stop that now. It keeps occurring. There's a big section of season two where the problems of the Duke reappear once again and that's another big problem for this family. Plus, again you've got the ‘60s coming in. You've got a whole new world order and the end of- if you like- deference. At the end of deference is quite a hard thing for the whole country to come to terms with. 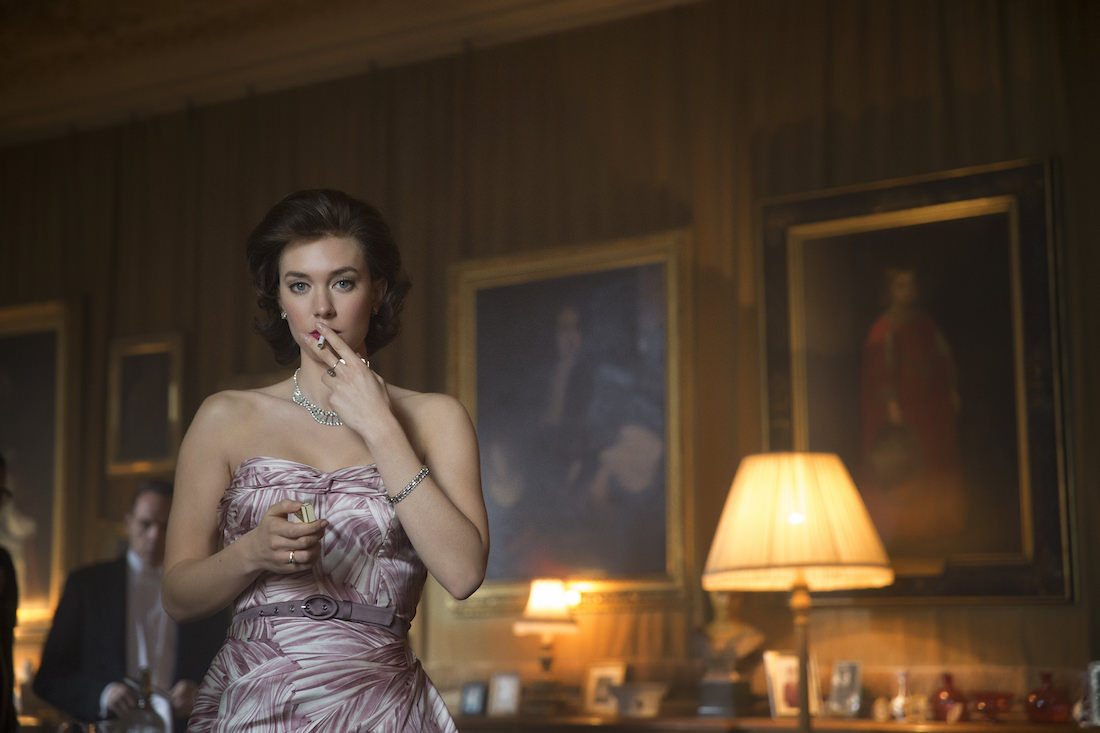 Obviously the success of the show hinges quite a lot on choosing the right cast. How did you decide on Claire Foy for Queen Elizabeth? She does a wonderful job. Was that a long process or did you know she was the one early on?

No, I didn't know that actually. I'd seen her in shows but I didn't know her personally. It came down to a couple of actresses but we knew Claire from her work. As soon as she started screen testing, it was her pretty quickly. She's amazing and then as soon as we put her in the same room as Matt Smith, it was [obvious].

You’re a busy man with a lot of other projects going on. What's up next for you? I understand that you're taking on Wicked the movie as well?

Yeah, but I'm doing a couple of plays in London at the Young Vic Theatre first of all. Then we’ve got season three of The Crown to worry about and Wicked, if it comes in. Then a new film for Working Title [the story of Syrian Olympic swimmer Yusra Mardini who saved a dinghy of refugees]. So, it's busy. There's always a lot to do. Just see all the cars backed up at the end of the day.