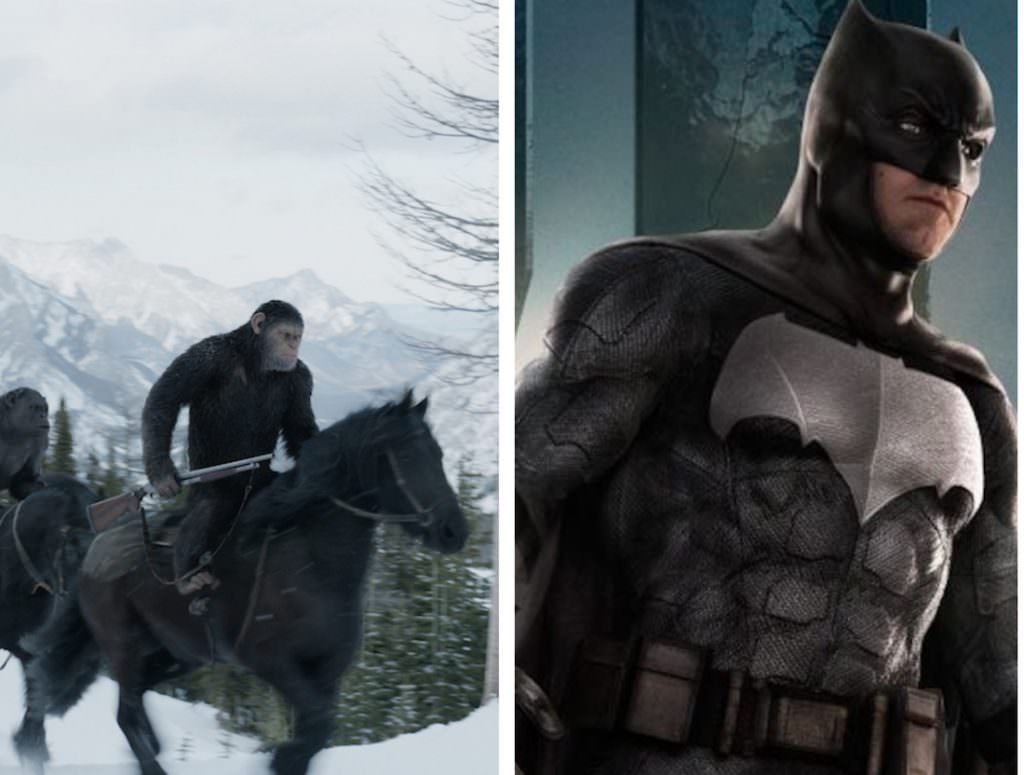 Director Matt Reeves is putting the finishing touches on War for the Planet of the Apes, the third installment in the critically acclaimed reboot that sees Caesar (Andy Serkis) and his simian army at war with humans, led by the remorseless Colonel (Woody Harrelson), and on the verge of extinction. In a conversation with the Los Angeles Daily News, Reeves discussed how the production of War for the Planet of the Apes pushed the franchise further than it has gone before, filming in the snow in Western Canada, and, what links it to his next huge project, directing The Batman.

“This time, we literally shot in the snow, and one day it was snowing so hard it was ridiculous. And I wanted to use a different format because I felt like this one should almost be like a Sergio Leone or David Lean movie, a big, wide-screen mythic kind of thing," Reeves told the Daily News. "So we shot on 65 mm, used these beautiful, adapted Hasselblad lenses, and the way they render the apes has this great, portraiture quality. And then when you set it on a wider vista, the detail of what we got was just amazing.”

War for the Planet of the Apes becomes a revenge tale after a particularly gruesome turn of events leads Caesar down a very dark path. Does this sound somewhat familiar?

“It’s an epic challenge for Caesar, because he is filled with empathy, and yet the events of the war are so dramatic and the apes are taking so many losses that he starts to, for the first time in the franchise, lose his empathy for humans,” Reeves says.

So you've got an otherwise noble hero being forced to take revenge on his enemies for doing unspeakable things to the people (as well as the apes) he loves—yup, sounds like a certain Dark Knight. It also happens that Planet of the Apes and Batman were the director’s two biggest influences as a child, and he sees similarities between Caesar and Bruce Wayne.

“It’s a strange thing to be involved in the two franchises which were the two that I was connected to most as a child,” Reeves says. “I just was obsessed with Batman when I was a kid. What I find so interesting about him as a character is that, as far a superhero goes, he’s not superhuman, he is a person. And he is a tortured soul who is grappling with his past and trying to find a way to be in a world that has a lot that’s wrong with it and trying to find a way to reconcile all of that. That is a really powerful character, in the same way that Caesar is such a powerful character.”

War for the Planet of the Apes swings into theaters on July 14. The Batman is well down the road, with the current release date scheduled for 2019.