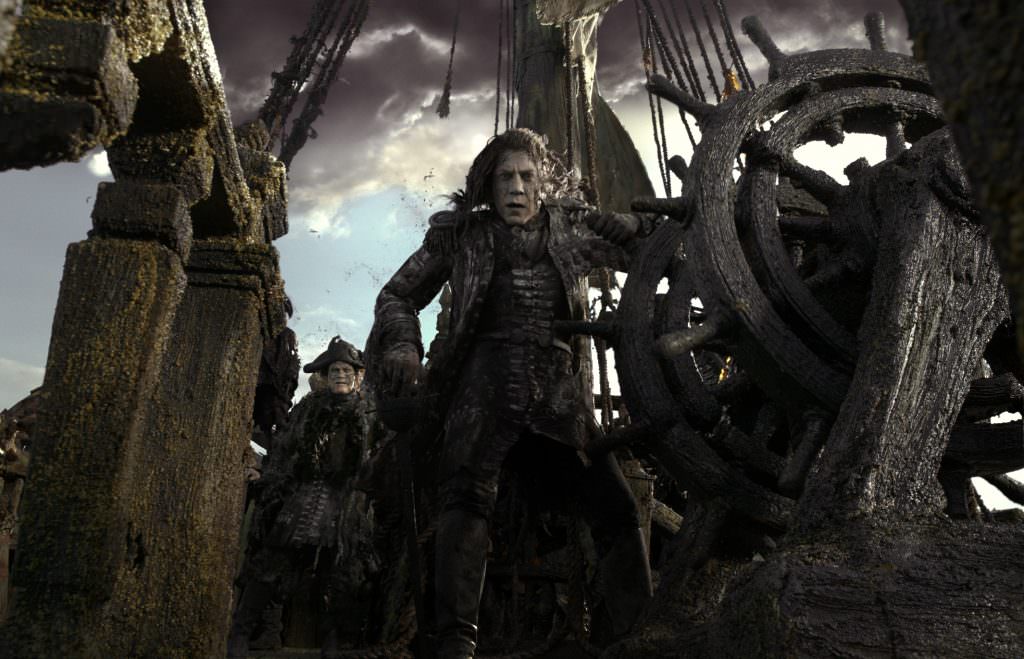 Ever since Jack Sparrow (Johnny Depp) first set sail in Curse of the Black Pearl, nothing says summer like a rum soaked Caribbean cruise with a swashbuckling gang of rogue miscreants. Friday will mark the fifth time that Disney has ushered in blockbuster season with a Pirates of the Caribbean adventure. Dead Men Tell No Tales introduces the undead Captain Salazar (Javier Bardem) who has a vendetta against Jack. Familiar faces including Captain Barbosa (Geoffrey Rush) and Will Turner (Orlando Bloom) will also be back for the battle.

Each time we pay a visit to everyone’s favorite thieves on the high seas, the ships get bigger and the battles get more explosive. Cinematographer Paul Cameron was tasked with capturing more than a dozen massive ships for Pirates of the Caribbean: Dead Men Tell No Tales. The name of the game with franchises is to outdo the scale of the previous installment and it required some creativity to yet again up the ante. “There’s a lot of pressure joining a franchise that is predominantly done by the same group of people,” Cameron admitted. “Expectations are high. It was an interesting challenge all across the board, a great one. Hopefully we made the epic pirate franchise that you’re hoping for.” 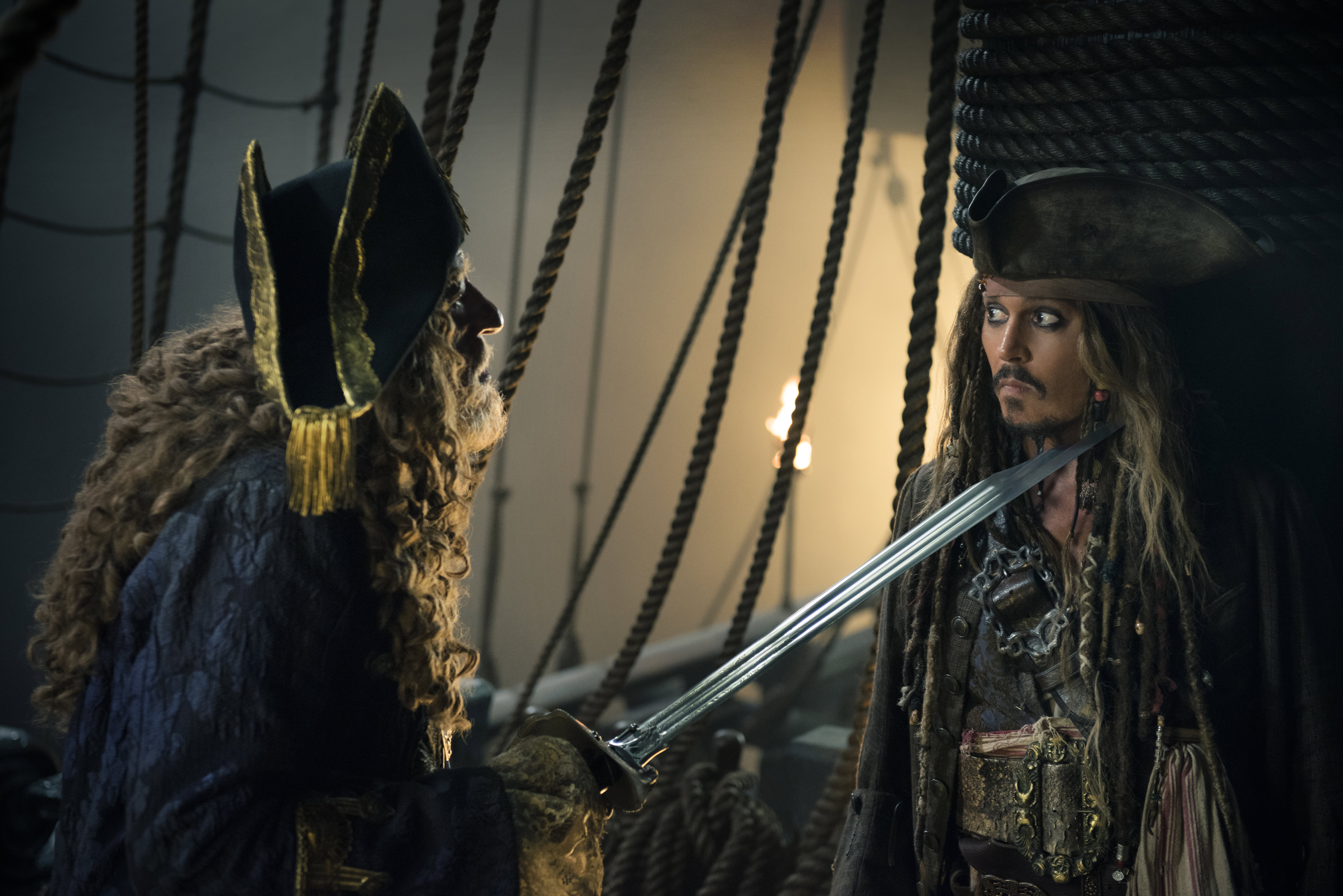 The first script that Cameron read for the film involved a modest five to six main ships until a rewrite more than doubled the fleet. The major increase in scale made filming at sea a highly time consuming endeavor that would be difficult to fit into the hundred day schedule. Cameron had to find a way to shoot the ships on shore. “We decided on the methodology of building larger green and blue screens, increase the arena itself, actually, to put the ships in,” Cameron explained. “It sounds okay until you start figuring it out and have to come up with surveys and land and light and room down there. They’re pretty massive. They’re two arenas that are roughly 200 feet across and 600 linear feet around with blue screen walls on top.”

The Pirates franchise is famous for pushing the boundaries of CG that create incredible effects, but a big portion of the Dead Men Tell No Tales sets were actually constructed. “It starts off with how much of a ship do you really need to build?” Cameron said. “We determined the ships were 160 feet long. There was a particular ship they wanted to build 120 feet of it. Let’s get the biggest on-screen real estate that we can. Very little of the front and back of the ships are CG, it’s almost more practical.” 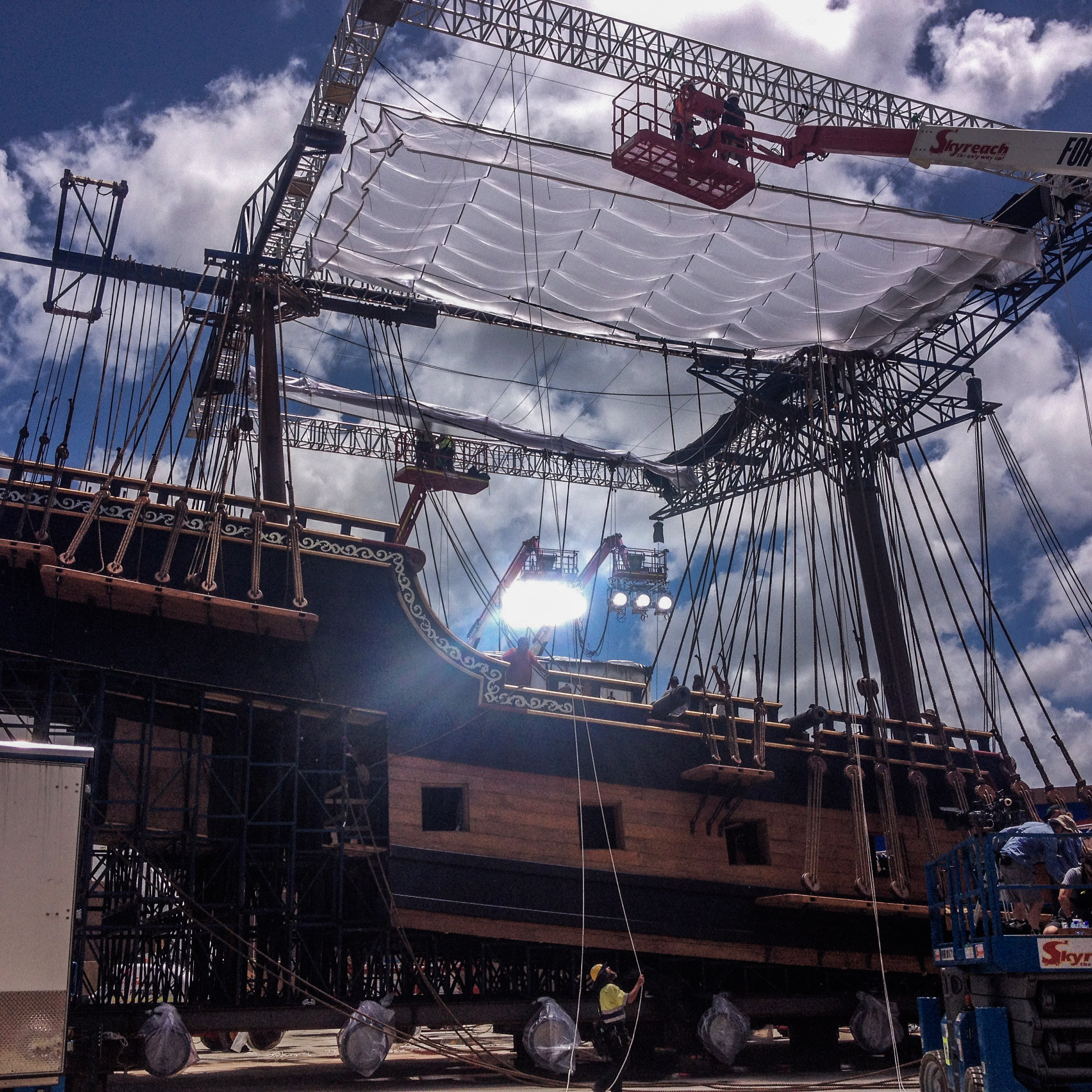 The arenas Cameron designed proved to be an imaginative solution, but there was no instruction book for filming the epic water scenes on land. Once the stages were built, the task of navigating new challenges began. “Because they were so high I had to have a system to let the light in earlier in the day and let the light in for as long as I could on the other side at the end of the day,” Cameron explained. “We ended up building two of those arenas so that we could be shooting on one of those ships and redressing ships and rebuilding for the other ships, so we could go back and forth.”

Dead Men Tell No Tales promises to be a visual treat that exceeds all of its predecessors thanks to the latest technology. Cameron’s ambitious approach to telling the story involved pioneering drone usage at sea. The result is immersive new views of the action on board. “Instead of just going by the ship we could go through sails or over the deck and go through sails or get right over to the canons and fly over the canons in a fight sequence,” Cameron teased. “Traditionally we would do an aerial shot that might meld into a crane shot, but here we able to do aerial drone shots that would go right into action shots. It was a new approach for the Pirates films.” 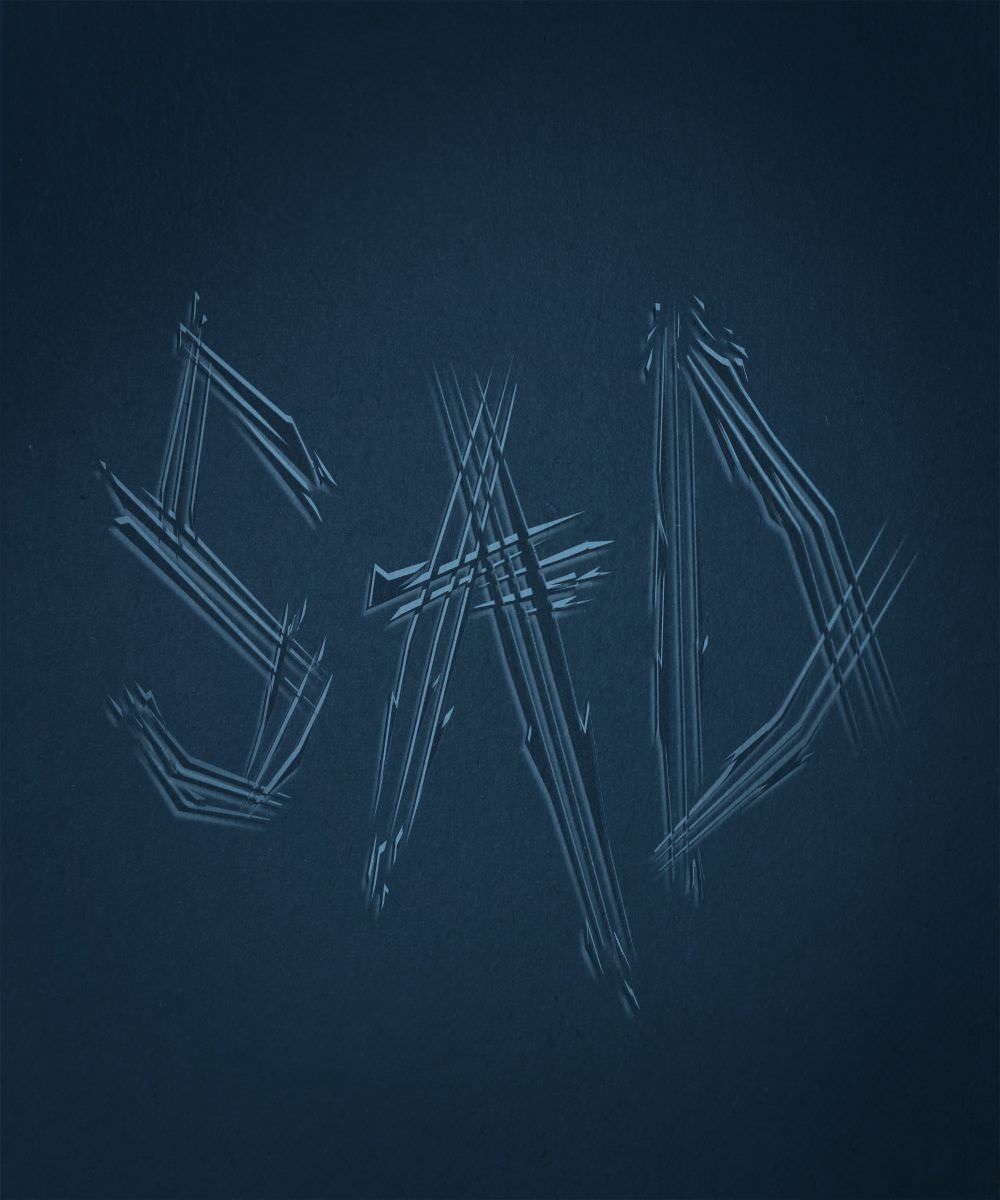 Extras on the set of Pirates of the Caribbean: Dead Men Tell No Tales. Photo Credit: Martin Schaer

Cameron had a lot to prove in utilizing the new technology. His results exceeded expectation among some of the highest standards in the business. “There’s always this fear that the drone is going to take a lot of time or maybe it’s not as good as an aerial,” Cameron said. “I trained the pilot and the operator to the speed of principle photography. You have to get the [drone] up, execute the shot in one take, put everybody back to one, execute it again, then ‘boom’ move on to the next sequence. They did a really wonderful job, and we got some pretty amazing shots. I think once Jerry Bruckheimer and the directors saw a few days of the drone shots, they all fell in love with the system.”

Sadly, the shoot was not without incident. On one of the final days of shooting, a wave swelled and sank a prototype camera. “It’s unfortunate, because that Oculus head was actually the prototype and we were the first ones to get it out of the box,” Cameron said. “We were fortunate to have this great new tool. It worked like a dream throughout the entire production. It was a bit sad when it got dunked at the end.” 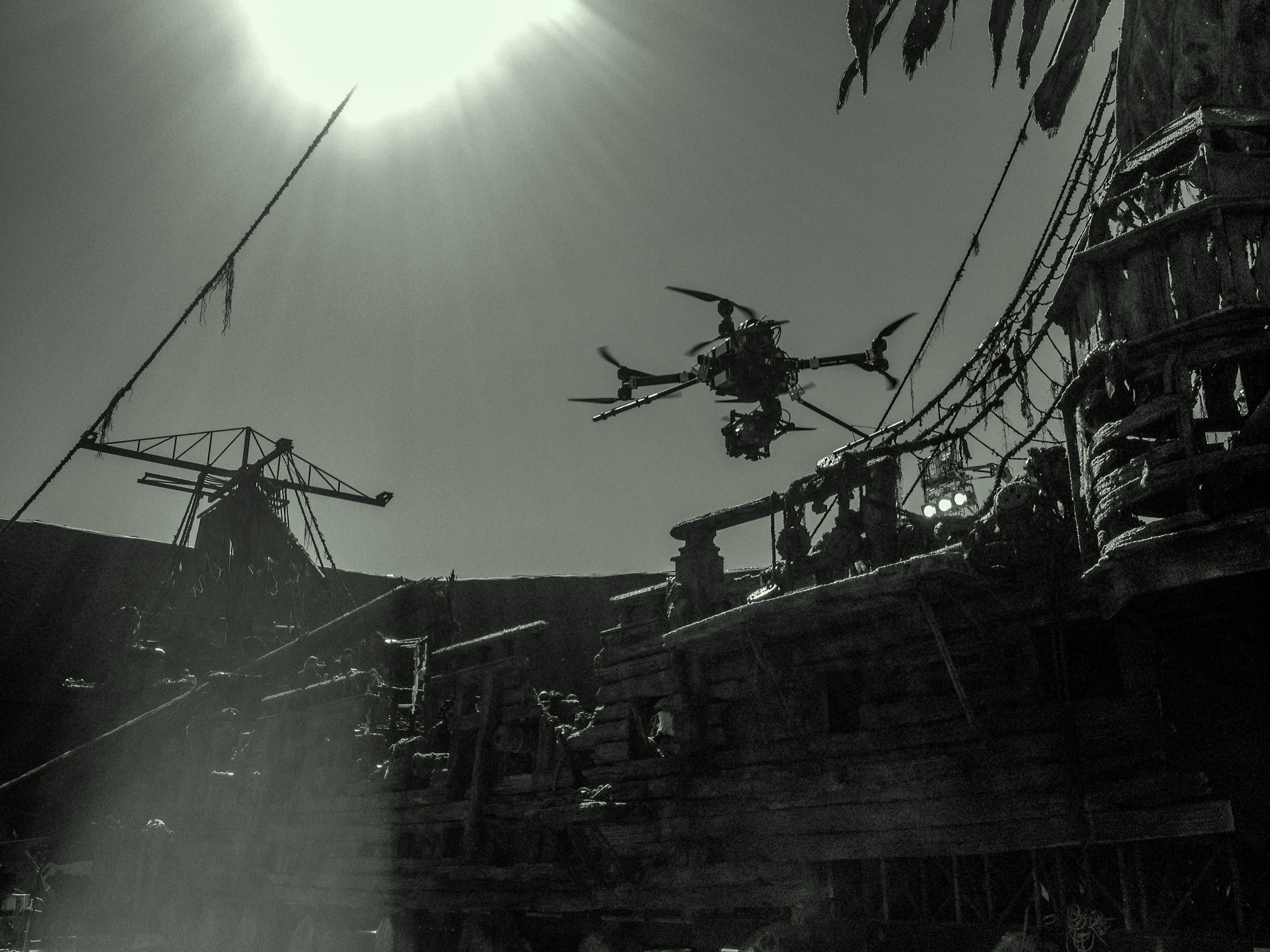 A drone flies over the set of Dead Men Tell No Tales. Photo Credit: Martin Shaer

The success of Cameron’s pioneering techniques in Dead Men Tell No Tales may chart the course of drone usage in film. “Everyone was a bit reluctant to use a drone because the stakes are very high on movies,” Cameron recalled. “As a DP, if you recommend a drone over an aerial shot, you better have a good reason.  You better be able to execute it. Now we have great aerial companies and we have pilots that are actually flying and piloting the ships. We have real operators that are operating the camera. We are finally making the cross over with drones. I think it’s a benchmark on Pirates. I think we executed it in the most professional and artistic way possible.”

Cameron recommends keeping an eye out for one scene in particular that illustrates the movie magic his team created. “There’s a scene where one of the ships is entering a very dramatic storm,” Cameron said. “There’s a fight sequence on board and there’s a big light change as we go from daylight to an extremely foggy and stormy environment. You see that shot cut in to the sequence with some CG enhanced shots of the ship entering this environment. It really all comes together.”

Pirates of the Caribbean: Dead Men Tell No Tales sails into theaters this Friday.