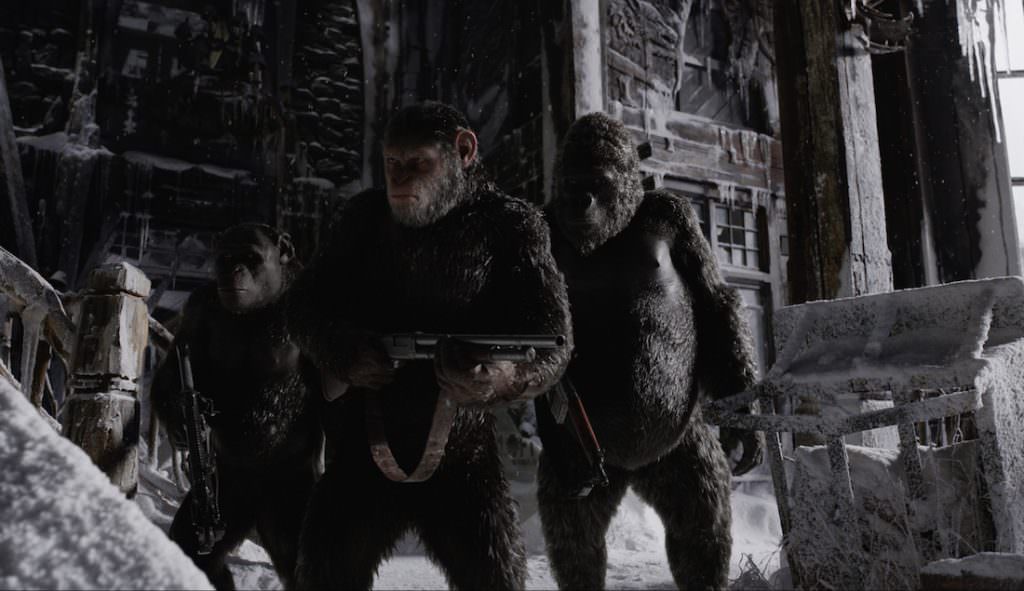 Check out The Final, Epic Trailer for War for the Planet of the Apes

The Colonel (Woody Harrelson) takes one last stand against Caesar (Andy Serkis) in the highly-anticipated final trailer for War for the Planet of the Apes. After yesterday's brilliant teaser, which drew an intriguing connection between Charlton Heston's character from the original Planet of the Apes and Serkis's Caesar as the film's emotional core, the final trailer gives you your proper antagonist, as Harrelson's Colonel gathers an army to try and put down Caesar and his ape army for good. The original franchise was all about human resilience—in the modern franchise, your heart belongs to the Apes.

Caesar isn’t joking around when he says, “I didn’t start this war…but I will finish it.”  The brillance evidenced in that avalanche move shows you just how far along Caesar has come intellectually from Rise of the Planet of the Apes. We also see Caesar’s softer side as he makes it his duty to protect a mysterious, abandoned young girl (Amiah Miller).

This franchise’s fans (ourselves included) have marveled at the skill deployed in what is one of the most nuanced, successful reboots in recent memory. From Rupert Wyatt's Rise through Matt Reeves Dawn and now War, The Planet of the Apes has gotten the type of thoughtful reconsideration that a franchise needs to succeed. The harmony between the motion-performance captured action and a committment to character has been deeply impressive.

War for the Planet of the Apes hits theaters on July 14, 2017.  Is this truly the end of mankind?  We are counting down the days until we see Caesar’s mythic quest to determine the future of the planet. Stay tuned.

Featured image: Caesar (Andy Serkis) and his troops in War for the Planet of the Apes. Courtesy 20th Century Fox.