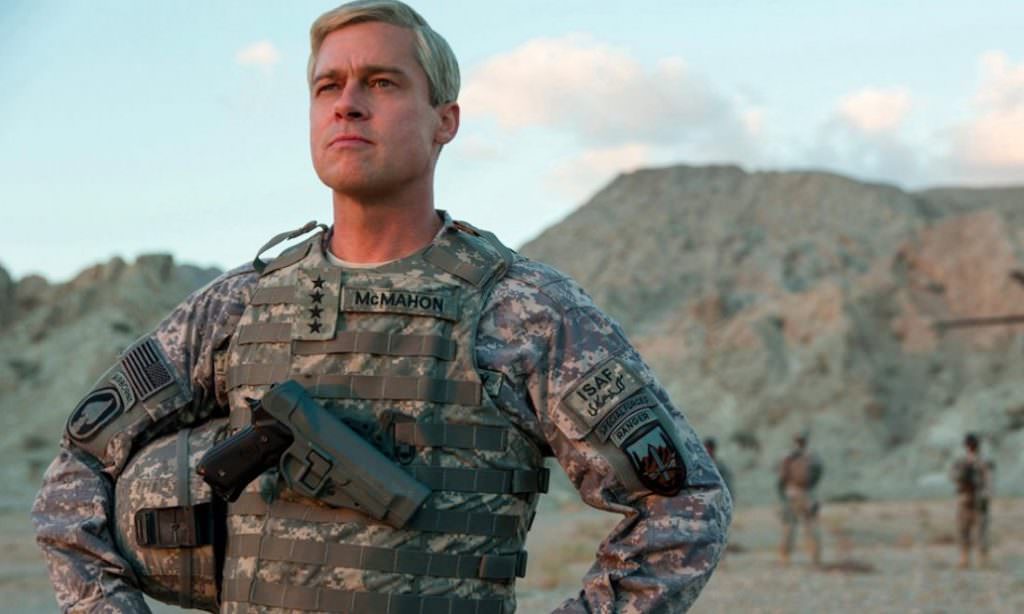 Brad Pitt has comedic chops. This has been evident in scores of roles, from his inspired turn as certifiably insane people in 12 Monkeys and Snatch, to his more overt comedic roles like Burn After Reading. Consider that very early in his career, he stood out as characters that had but a handful of lines, like the stoner Floyd, in True Romance, who is so out of it he's not even aware when his life is being threatened. Netflix and director David Michôd (Animal Kingdom) are taking full advantage of Pitt's ease with comedy, as you'll see in the new trailer for War Machine. The film is based on the book "The Operators: The Wild & Terrifying Inside Story of America’s War in Afghanistan," and stars Pitt as decorated U.S. general Gen. Glenn McMahon, who is based on Gen. Stanley McChrystal. You might remember McChrystal for reasons other than his stellar career in the military; he's the man who was forced to resign as commander in Afghanistan after some rough remarks he and his aides made about Vice President Joe Biden and other Obama administration officials in a Rolling Stone article. It's a meaty role for Pitt, who is clearly relishing the opportunity.

The trailer dives into the total absurdity of not just war, but the politics that undergird it. The insanity of nation building and asking men who were trained to wage war, not find diplomatic inroads to figure out how to get the people whose country you're waging war in to like you, is at the heart of the film. So too is McMahon's loose relationship to the people in Washington he nominally serves.

Here's the new War Machine trailer. The film premieres on Netflix on May 26th.