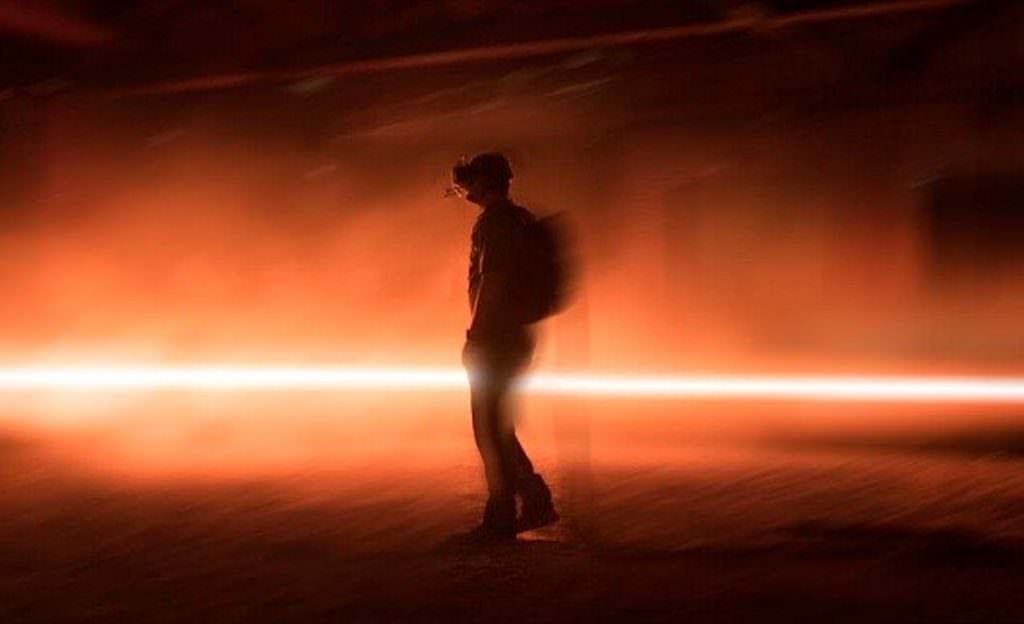 It comes as no surprise that Oscar-winning director Alejandro G. Iñárritu has brought a technical marvel to Cannes. The Birdman and The Revenant director loves a challenge, and his ambitions have crossed into film’s most cutting edge technology; virtual reality. Carne y Arena (“Flesh and Sand”) is his groundbreaking addition to this year’s Cannes Film Festival, a hybrid of VR, art exhibition and historical re-enactment.

As the New York Times reports from Cannes, Iñárritu’s film experience puts viewers in the desert with refugees and migrants, dusty and exhausted after weeks spent moving towards the United States-Mexico border. It’s at the border where they—and the viewer—are locked in las hieleras, the freezers. As the Times writes, the las hieleras “are meant to be short-term holding cells — they have no beds — but they also exact a kind of extrajudicial punishment. As revealed by a Freedom of Information Act request in 2015, migrants are trapped there for nearly two days on average. Children are separated from their families; detainees are deprived of food. Sometimes their lips split. Sometimes their skin turns blue.”

Iñárritu’s virtual experience allows you to actually feel the cold of the hieleras as you enter a cold-storage chamber, where you’re told to remove your shoes and socks. From there, you enter a larger room (barefoot) that’s covered in sand. “Attendants equip you with an Oculus Rift virtual-reality headset, headphones — and a backpack. The darkness gives way, and you find yourself on the border, and in danger.”

We suggest you read the entire Times piece here to find out more about this remarkable achievement, which is the first VR work to screen at Cannes. It is an experience meant to unnerve you; border agents with guns an dogs get in your face. The fact that those who are experiencing this aren’t on the glamrous Croisette, but rather in an airplane hangar, gives you a sense of just how far outside the usual Cannes experience Carne y Arena is.

The Los Angeles County Museum of Art will host the VR experience beginning in July, while the Tlatelolco museum in Mexico City will also feature it this summer.