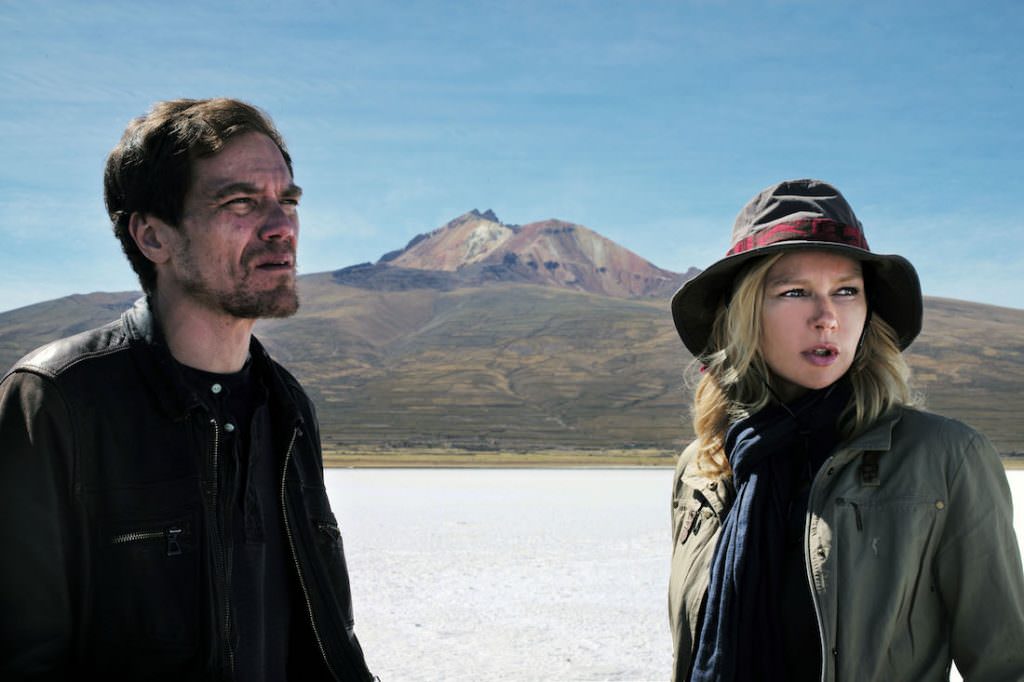 A kidnapped scientist, Laura, (Veronica Ferres) fends for herself on a barren salt flat, the poisonous result of a manmade catastrophe caused by a shady conglomerate owned by her abductor, Matt (Michael Shannon). Inexplicably left behind with her to use up the water supply and sweetly play with legos are two blind little boys, Matt’s sons. Laura’s colleagues (Gael García Bernal and Volker Michalowski) are back at the ranch, a gloomy compound whose staff is never without their balaclavas. One could argue it is still a farm, a more comfortable setting for working through what industrialist-turned-kidnapper Matt happened to have planned for them (explosive stomach problems via food poisoning). In sitting down to watch Werner Herzog’s Salt and Fire, ask not what the Bavarian maestro’s latest can do for you, but what it can show you — thoroughly strange and visually stunning, the eco-thriller that isn’t, opens today in theaters and VOD.

We caught up with Ulrich Bergfelder, Herzog’s long-time production designer. Having worked with Herzog on the inimitable Fitzcarraldo, My Best Fiend, the upcoming Queen of the Desert and going back to 1987’s Cobra Verde, for Bergfelder, the demands of a Herzog set are old hat.

We admire the consistency between the fictional and physical location in the film. How was the experience shooting on the Salar de Uyuni salt flat?

I have worked on Werner’s movies in different functions for 40 years. We became friends and I think I quite know what he needs and I guess he knows what he can get from me. Working on Salt and Fire was a normal production with Werner. This means: difficult locations and small budget and small crew. But this is the way we like it, so there was no really new thing about preparing this movie. I am quite familiar with South America, I do speak Spanish, so I was able to find my own assistants in Bolivia, which is what I most like. I do not like to bring European assistants in these “exotic” countries. Most of the time these people are lost and helpless.

I first went on my own to Kazakhstan to have a look at Aral lake, but we decided that this was not the right location for his project. Then we went together to Uyuni Salt lake, and found the Hazienda and decided for these options. I [arrived] a couple of weeks before the film crew arrived to start with the preparation. But all this is normal and the same like in all other projects with Werner. He knows exactly what he wants and I try to realize this. 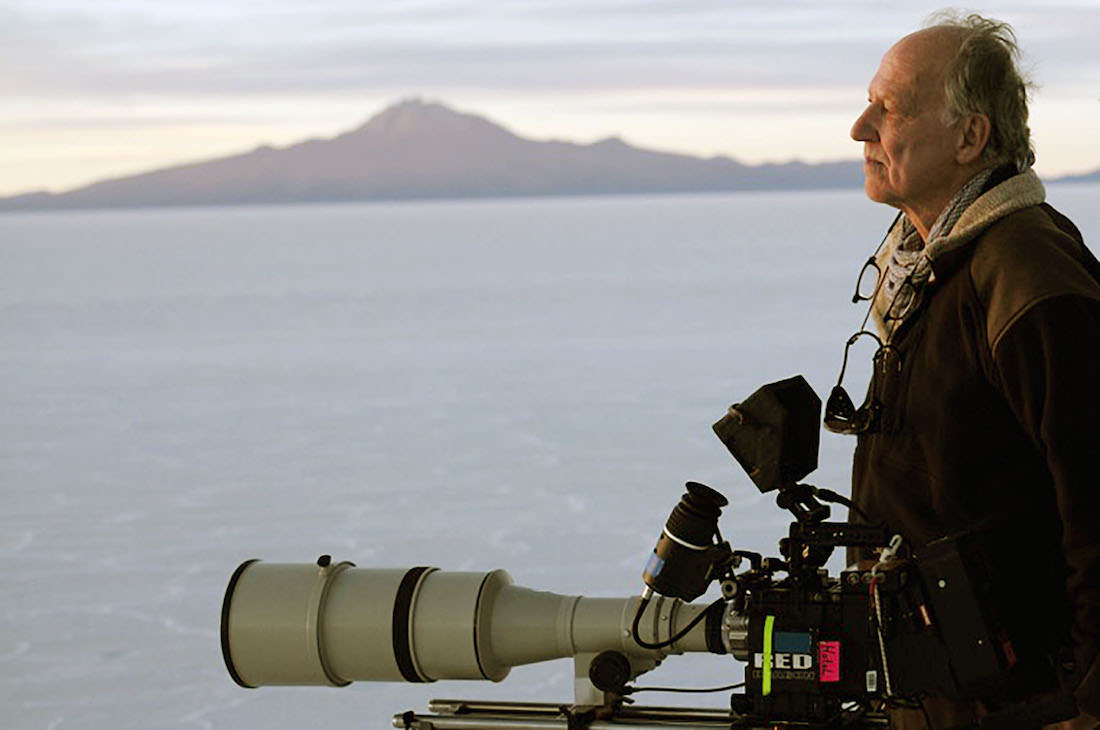 Did you have to do much to tweak the scenery around the landscape? We’re curious about the provenance of that scenic cactus patch.

The scenic cacti grow on that island, where we were shooting. They are really something special. They grow 1 centimeter per year. This means some are older than 1000 years and they look absolutely great.

The camp and all the props you see are local and easy to find in the country.

The film seemed to make great use of natural light. Can you tell us a bit about that?

We always try to avoid a big crew, so if possible we try everything with natural light. Peter Zeitlinger, the cinematographer, is perfect with this. We had no light equipment and no generators with us.

Can you tell us a bit about that final scene? [A magnum of Champagne gets a send-off in a motorized chair.] Was it intended as a sort of visual comic relief?

About the end, you better ask Werner himself.