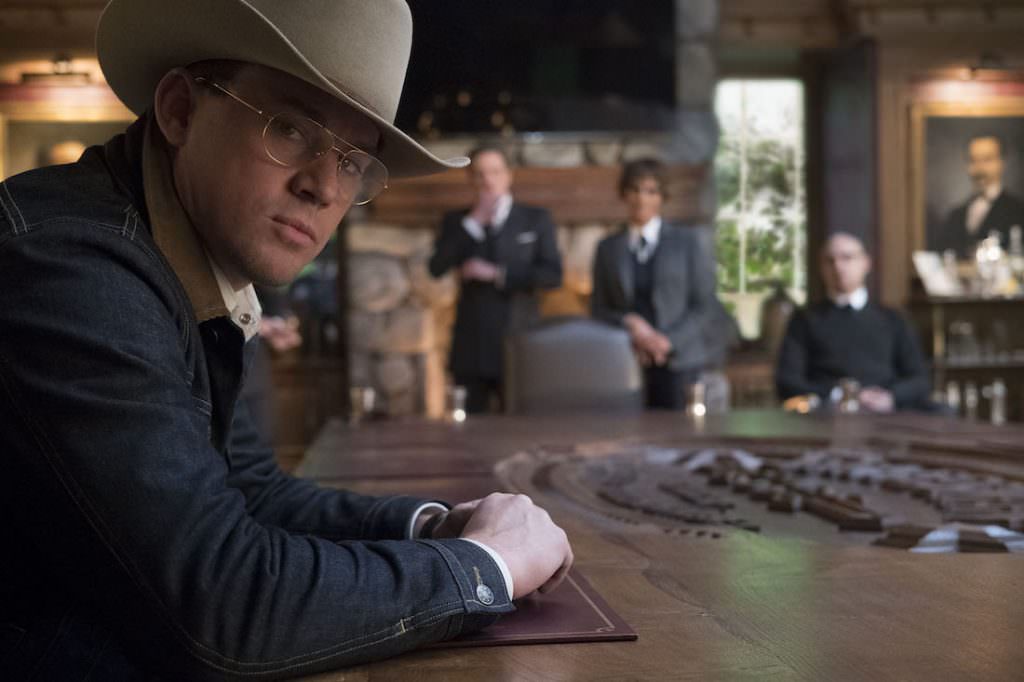 Watch the First Official Trailer for Kingsman: The Golden Circle

After a few cheeky teasers, the first official trailer for Matthew Vaughn’s Kingsman: The Golden Circle is finally here, and it’s a beaut. Vaughn’s follow up to his 2014 smash hit Kingsman: The Secret Service gives us a long glance at what happens when the deadly, dapper Kingsmen need to reach out across the pond for a little help from their American friends.

The two-minute trailer sets up the film's international scope, with young agent Eggsy (Taron Egerton) watching the Kingsmen headquarters get destroyed, going abroad to meet his American secret service counterparts, the Statesmen, and seeing a ghost…in the form of his old mentor, Colin Firth's Hary Hart, who we last saw dying in an epic melee in a church.

Part of the pleasure of The Golden Circle will be to see how Eggsy’s very English version of espionage is challenged by gung-ho, bravo American Statesmen. Eggys meets Channing Tatum's Agent Tequila, his leader, Jeff Bridges' Agent Champagne and more.

The Golden Circle will hit theaters on September 22nd this year.