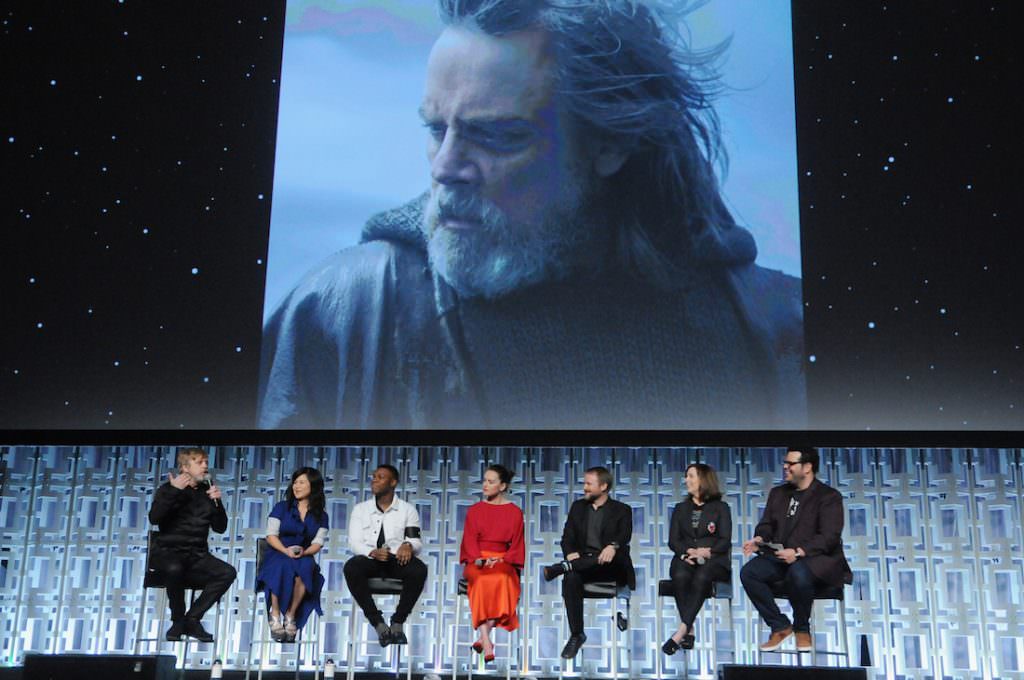 Earlier today we shared this recap of all the things we loved about last weekend’s Star Wars celebration in Orlando. There were moving tributes to Carrie Fisher, incredible panels, the teaser trailer for Star Wars: The Last Jedi , and the glorious teaser poster to name a few. Naturally, we joined the rest of the Internet in dissecting the trailer and highlighting potential Easter eggs placed throughout the two minute and thirteen second glimpse of writer/director Rian Johnson's coming film.

Now we’re going to share a visual recap, brought to you by Star Wars team, that spends a little over 7 minutes whipping you through the highlights from this year’s celebration. From functional BB-8 and R2-D2 droids on hand to dazzle guests to thsoe incredible fan costumes, the folks who made the trip to Orlando were greeted with an astonishing amount of Star Wars lore, interactive entertainment, panels, and a very emotional look back at the legacy of the saga and the folks, like Fisher, who brought it to life. The cast and crew of several Star Wars films, including Mark Hamill, Harrison Ford, Billy Dee Williams and George Lucas himself were on hand. Composer John Williams played with a full orchestra and scored a moving tribute to Fisher that left very few dry eyes.

It was a special year, marking the 40th anniversary of the original Star Wars: A New Hope, and an emotional one at that. Try to watch the below video without getting the chills, and a few tears.