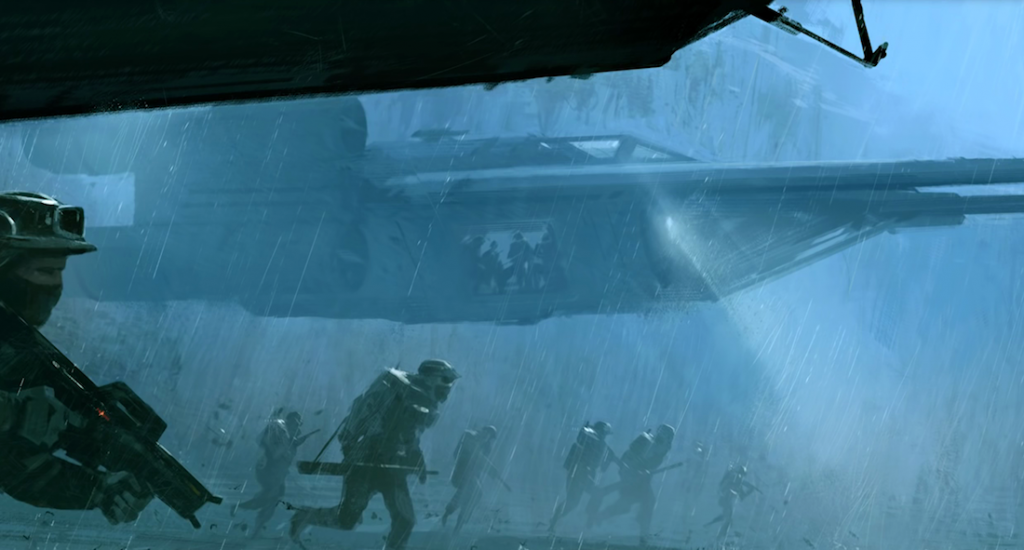 See How They Created the U-Wing in Rogue One

One of the coolest new additions to the rebel air fleet in Rogue One: A Star Wars Story was the U-Wing. The U-Wing is described as a sturdy transport and gunship that “must penetrate heavy fire zones to deposit soldiers onto battlefields and then fly air support during dangerous missions against the Empire.” The U-Wing factors heavily into Rogue One—it’s the ship that Jyn and her crew take to Scarif in the final phase of their mission to steal the Death Star plans.

Lucasfilm’s Doug Chiang, a production designer on Rogue One, traces the design history of the U-Wing, from concept art to the digital wonder you saw in the film. Chiang loves an opportunity to work on a Star Wars ship, but the challenge, he says, is that you’re striving to make something that’s both iconic and functionally appropriate. The thing needs to look cool, but it also has to make sense for the story.

Making matters even more difficult, director Gareth Edwards set the bar very high. In fact, he wanted Chiang and his team to create something as memorable as the Millennium Falcon or the X-Wing. Chiang had his artists began with a kind of creative blitz—they spent two days sketching ideas, only spend a few minutes on each sketch. Chiang referred these as “quick studies,” and once Edwards would come in and choose which designs he liked best, Chiang began to see that there were certain shapes that his team kept gravitating towards.

Yet the design process hit a snag when they compared what they were working on to X-Wings. The two ships just didn’t seem to fit in the same universe, so they went back to the drawing board. In total, Chiang’s team created 781 designs before locking down what became the U-Wing. Watch Chiang’s process unfold in this great video, which reminds you of how there’s literally no detail in the entire Star Wars galaxy that doesn’t have a committed team of artists behind it.