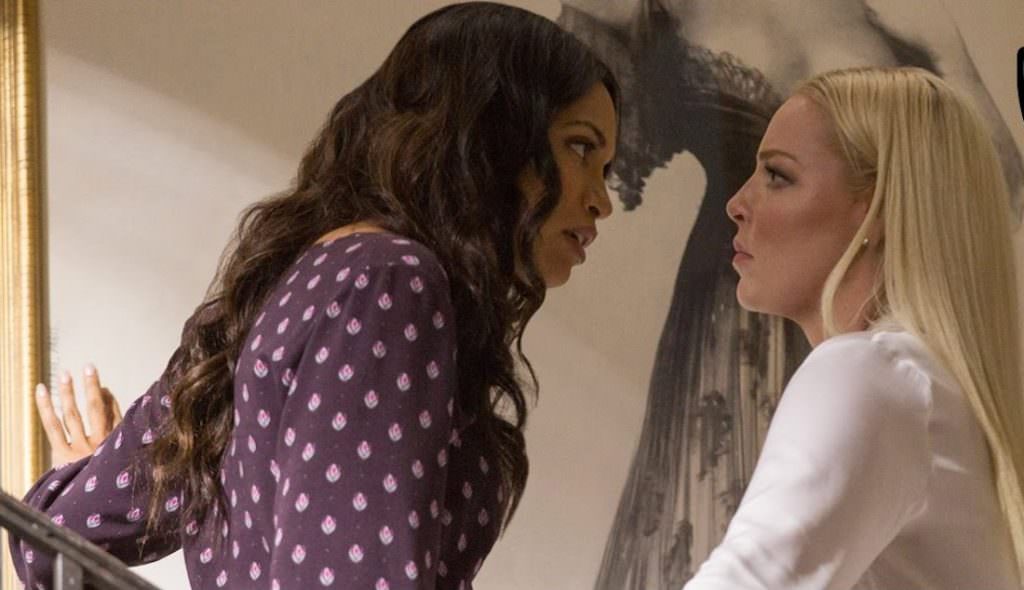 Set to a haunting rendition of Nat King Cole’s titular song, the second and final trailer for Unforgettable provides slightly less information than the first one, but nevertheless keeps us on the edge of our seats in anticipation for the film, which releases later this month.

“Tessa Connover (Heigl) is barely coping with the end of her marriage when her ex-husband, David (Stults), becomes happily engaged to Julia Banks (Dawson)—not only bringing Julia into the home they once shared but also into the life of their daughter, Lily. Trying to settle into her new life, Julia believes she has finally met the man of her dreams, the man who can help her put her own troubled past behind her. But Tessa’s jealousy soon takes a pathological turn until she will stop at nothing to turn Julia’s dream into her ultimate nightmare.”

This trailer gives viewers a further glimpse into both Tessa and Julia’s relationships with Lily. As Julia’s last remaining link to David, it appears as though she becomes a major source of tension as the film progresses, and becomes a pawn in Julia’s game of manipulation.

This is the film directorial debut for director/producer Denise Di Novi, who previously produced Edward Scissorhands, Crazy, Stupid, Love, The Nightmare Before Christmas and Batman Returns.

You can check out the trailer below. Unforgettable hits theaters April 21.