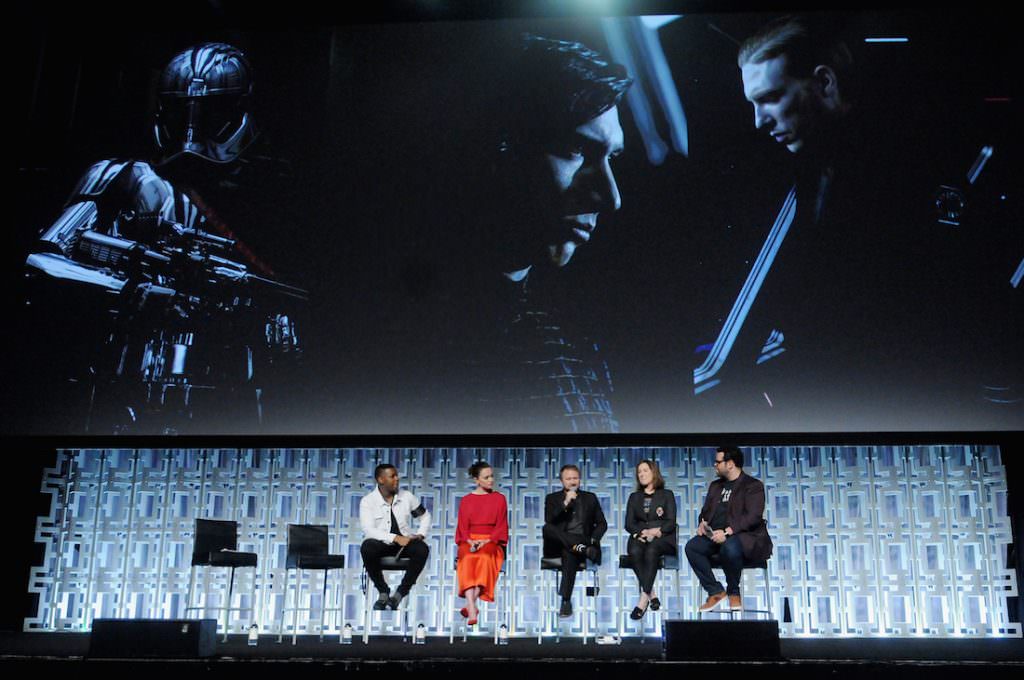 Recapping What we Learned During the Star Wars Celebration

Last week, we began speculating about what the Star Wars Celebration would bring us. Of course, the weekend brought about a flood of new information about Star Wars: The Last Jedi, moving tributes to Carrie Fisher, incredible panels and more. Now that we've had a chance to take a breath, we wanted to take a look back on an incredible, and incredibly moving, weekend for Star Wars fans.

As we expected, the teaser trailer for Star Wars: The Last Jedi was released, along with the teaser poster. In just three days, the teaser has received over 26 million views and you can be sure that number is going to rise. We joined the rest of the internet in dissecting the trailer and highlighting potential Easter eggs placed throughout the two minute and thirteen second glimpse. We are specifically intrigued by theories revolving around the Journal of the Whills, and cannot wait to see what turns out to be true, and where we were way off, come the December 15 release of writer/director Rian Johnson's film.

While the trailer was one of the biggest updates to come from the Star Wars: The Last Jedi panel, there were still plenty of interesting things to be noted.  The narrative picks up where we left off in Star Wars: The Force Awakens, we are going to begin in the moments just after Rey has found Luke on Ahch-To, and we'll find out what Luke's been hiding from, presumably why he's so angry (his now infamous line in the teaser regarding what he thinks should happen to the Jedi indicates he's been brooding), while also following Finn, Kylo Ren and Poe's stories as well. Many of the Star Wars stars have already revealed that there will be some disappointment for Rey after meeting one of her heroes, expecting something completely different. Meeting your hero is always dangerous. As for Finn, John Boyega says “he’s not playing this time,” indicating that the former Stormtrooper, who was nearly killed by Kylo Ren, is ready to be the hero Rey thought he could be.

Furthermore, a trailer for the fourth and final season of Star Wars Rebels was released. It's surprisingly emotional.

Lucasfilm president Kathleen Kennedy also toyed with the idea of extending the new Star Wars trilogy beyond nine episodes, saying “If the story warrants it, we’ll absolutely do it. If it actually inspires new ideas, then we’ll probably head in that direction. We just don’t know yet.”

All of this is incredible news and we’re still processing it. We don’t know if it’ll be enough to hold us over until Star Wars: The Last Jedi hits theatres December 15th, but we’ll take what we can get.