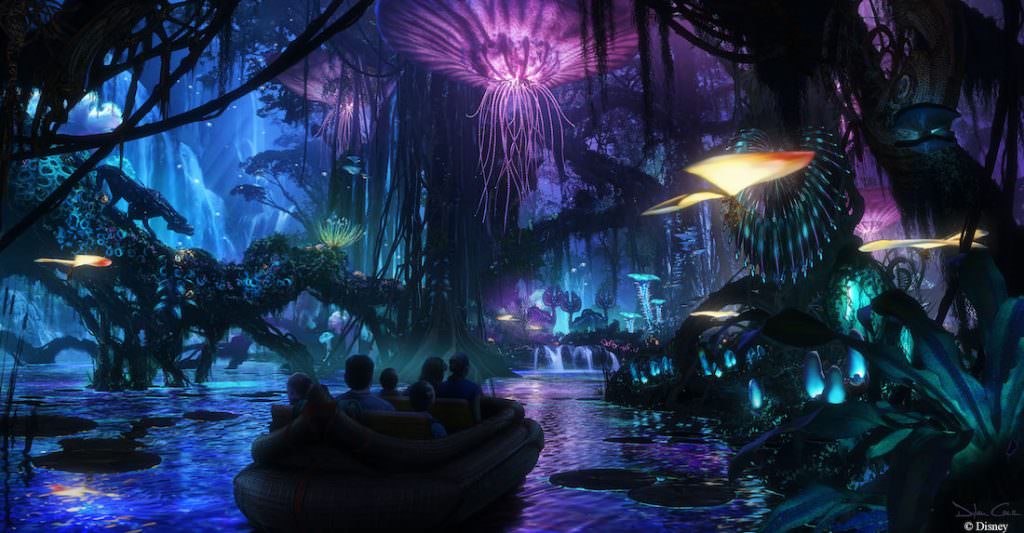 Nearly eight years after we were first enchanted by the world of Avatar, it’s beginning to look like we’ll get a sequel after all.

Or, four sequels, rather. The official Avatar Facebook page posted a photo of director and writer James Cameron in front of a large crew, with the caption, “Avatar takes flight as we begin concurrent production on four sequels. The journey continues December 18, 2020, December 17, 2021, December 20, 2024, and December 19, 2025!”

This isn’t the first time release dates have been set for potential sequels, though Cameron told ABC News in March that he had just finished up the script for movie No. 5, so we’ll remain hopeful.

Sam Worthington, Zoe Saldana, Sigourney Weaver and Stephen Lang are all slated to reprise their original roles. And since the first sequel will be released 11 years after the original, it’s safe to expect updates on the franchise’s already groundbreaking CGI.

In other Pandora-related news, theme park-goers will be seeing blue starting May 27 when “Pandora—The World of Avatar,” a 12-acre wonderland opens in Walt Disney World’s Animal Kingdom. We’ve shared teasers from Disney in the past, but now opening day is nearly here. The park will feature an indoor luminescent slow ride called “Na’vi River Journey,” a restaurant called “Satu’li Canteen” that allows guests to “indulge in the art and culture of the Na’vi,” and a thrill ride called “Flight of Passage,” in which guests will “soar on the back of a mountain banshee… above this vast moon.”

Until the first Avatar sequel hits theaters in 2020, or until you’re able to make a visit to the happiest place on earth to see Pandora for yourself, you can both re-watch the original film’s trailer and get a tour of “Pandora—The World of Avatar” from Cameron himself.