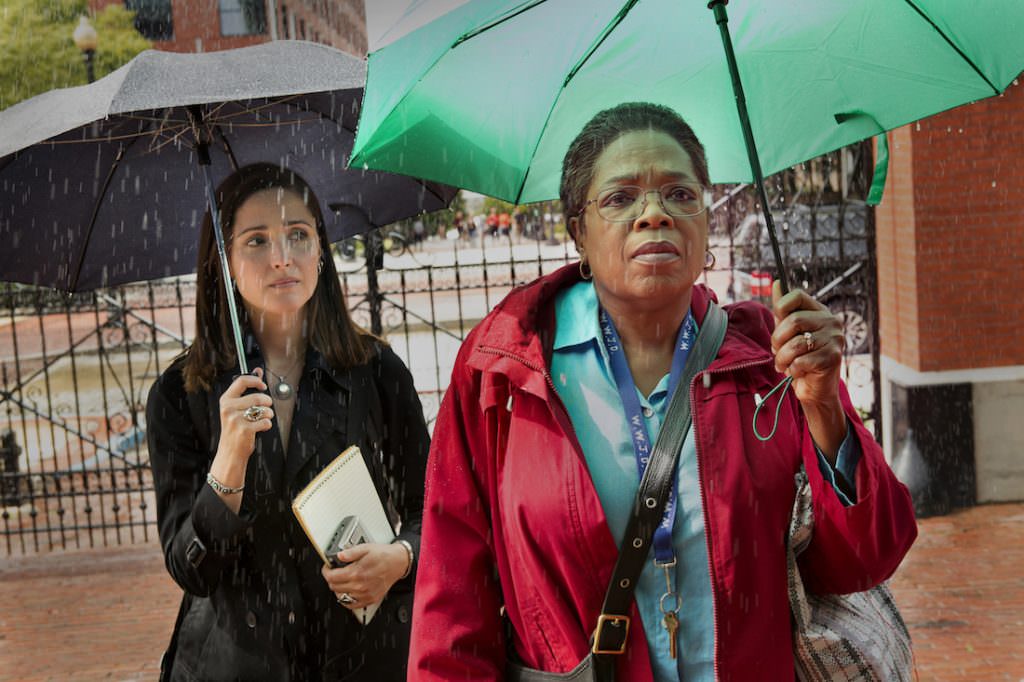 New on HBO: The Immortal Life of Henrietta Lacks

In 1951, at the age of 31, an African-American woman named Henrietta Lacks died at Johns Hopkins Hospital of a particularly aggressive cervical cancer. Unbeknownst to her husband or her heirs, prior to her death, a biopsy of her tumor cells was harvested and transported to a lab, where they were kept alive and growing. The cells, the first to live outside a human body, were named HeLa — at a time when there was no established practice regarding consent for cell donation, the anonymity by Johns Hopkins was intentional — and their use in a stunning array of research gave rise to medical techniques from in vitro fertilization to AIDS treatments. Lacks’s family has never seen a dime from the money made off any of the medical breakthroughs stemming from Henrietta’s cells, and that injustice (the Baltimore-based family mostly straddles the working and middle class) was made famous in journalist Rebecca Skloot’s 2010 book, The Immortal Life of Henrietta Lacks.

The book was optioned by Oprah, and the movie, directed by George C. Wolfe, premieres today on HBO. Oprah stars Deborah Lacks, one of Henrietta’s daughters, with Rose Byrne in the role of Rebecca Skloot. Though it was not her original intention, Skloot wound up writing her own experience with the Lacks family into her book, and it’s their initial resistance to the white journalist and her tumultuous, but ultimately warm relationship with Deborah, on which the film focuses. For the sake of those unfamiliar with the story, or with the injustice of the American medical system at large, it’s easy to wish that the movie version of Henrietta’s story would have more sharply highlighted the enraging absurdity of millions, or likely billions, of dollars being made — and which continue to be made — from the unconsenting body of a black woman who lived during segregation. Despite the fact that some of her grandchildren eventually reached an agreement with the NIH, and two of them currently sit on a panel that reviews researcher requests for their grandmother’s cells (they’re still in use, and it looks like they will be in perpetuity), the money issue has never been resolved. Henrietta’s 82-year-old son, Lawrence, initiated a lawsuit against Johns Hopkins earlier this year, though the university claims since it never patented the cells and thus it never made any money, either. The lack of patent, meanwhile, raises the issue that even with Lacks heirs on the NIH panel, the family has no control over what happens to pieces of their mother elsewhere, and by this point in history, her cells have been transported around the globe.

However, this is not what the film is about. Instead, the film focuses on Deborah’s emotional journey as she learns, alongside Rebecca, about the mother who died when she was an infant. Limping along with a cane, her moods swinging wildly as she tries to both protect Henrietta’s legacy and make sense of it, Oprah’s Deborah is hyper sympathetic. British Byrne, meanwhile, imparts just the right degree of viewer discomfort as a fish out of water American journalist. The flashbacks to Henrietta’s short adult life, cutting between her abandoned home in present-day Clover, Virginia, and the farmhouse full of life it had once been, are a nice period representation of a vibrant southern African-American community. And what the film leaves out, or in some cases, precedes, will probably inspire more than a few viewers to research. Maybe some will even take up the mantle for Lawrence’s case. Or at the very least, once the dust has settled on the next chapter of Henrietta’s immortal life, Oprah might see fit to make a sequel.