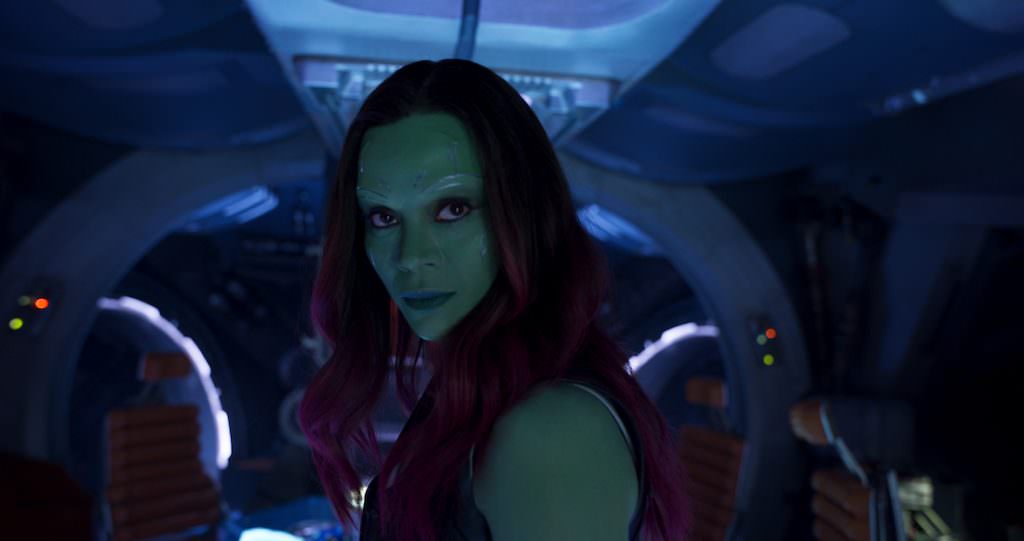 Love’s in the air in new Guardians of the Galaxy Vol. 2

The big romantic connection in the first Guardians of the Galaxy was between Star-Lord (Chris Pratt) and Gamora (Zoe Saldana). They met cute (she kicked his butt, then they all got arrested), they fought and teased each other, they shared some personal history, and then he nearly died saving her life. For Vol. 2, it seems we might see the two take their relationship to the next level, although we’re guessing that the new couple on the scene, Mantis (Pom Klementieff) and Drax (Dave Bautista) may steal a bit of their thunder. Speaking of Mantis, during Vol 2., she uses her psychic empathy powers to suss out the feelings between Star-Lord and Gamora.

While reviews for the film are embargoed until April 24, early buzz has been very positive (there was a full screening last night at Marvel HQ on the Disney lot). The film opens wide on May 5, 2017, and writer/director James Gunn has already said he's staying on board to finish the trilogy he began.