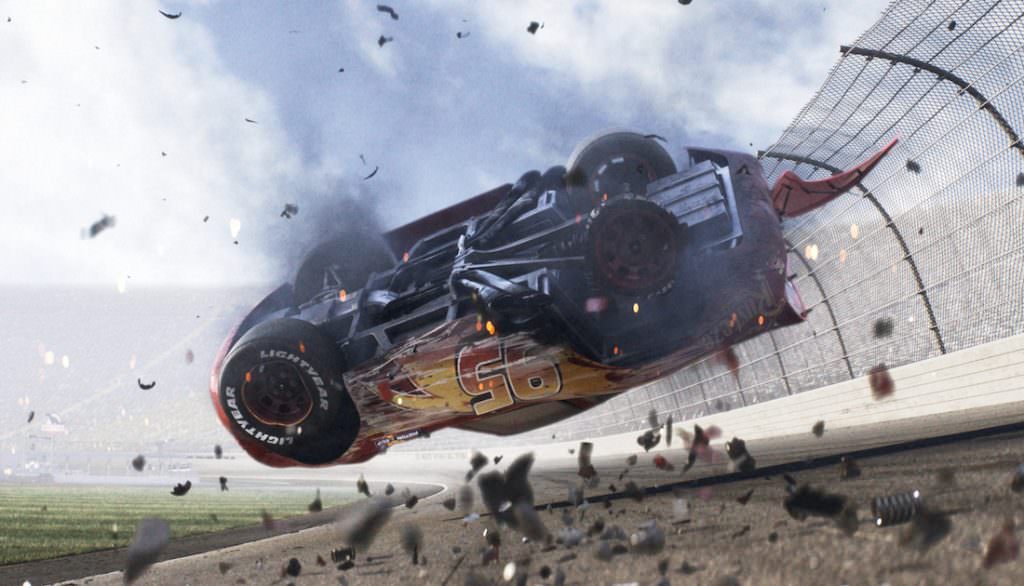 So far most of the news surrounding Pixar’s Cars 3 has been very good. While Cars has long been a bit of an outlier in the Pixar universe, the rumbling coming ahead of the latest film has been of fresh engines (notably in the form of one new breakout star) and details that suggest this film is the best of the bunch, with a recent screening of 50 some minutes of the film leaving critics feeling revved up. Now, the first official trailer has been released and it gives us our most sustained look at Lightning McQueen’s (Owen Wilson) epic journey ahead, and that brutal crash we've seen teased before.

The news in the first few teasers was all about that crash; the cause of Lightning's accident has been mysterious, but we knew it drove the plot. The accident was made all the more intense by the fact it was rendered in slow motion. After the accident, there's pressure on Lightning to consider retiring and let the high-powered, high-tech new comers, embodied most forcefully by Jackson Storm (Armie Hammer) have the track. Now that crash is front and center in the new trailer, it remains surprising how violent it is. What the new trailer reveals is that the accident might have been caused by Jackson Storm.

Directed by Brian Fee, Cars 3 features another new character that’s getting a lot of buzz—Cristela Alonzo’s Cruz Ramirez, a high-tech trainer whose help Lightning will need to get back into racing shape. Cruz is a yellow 2017 CRS Sports Coupe who works at the Rust-eze Racing Center where Lightning wants the state of the art technological training that has made his rival Storm such a racing juggernaut. Despite having been a big Lightning McQueen fan, Cruz has no qualms about telling him like it is—namely, that he’s old and slow.

Listen to an Epic Snippet of “The Batman” Score