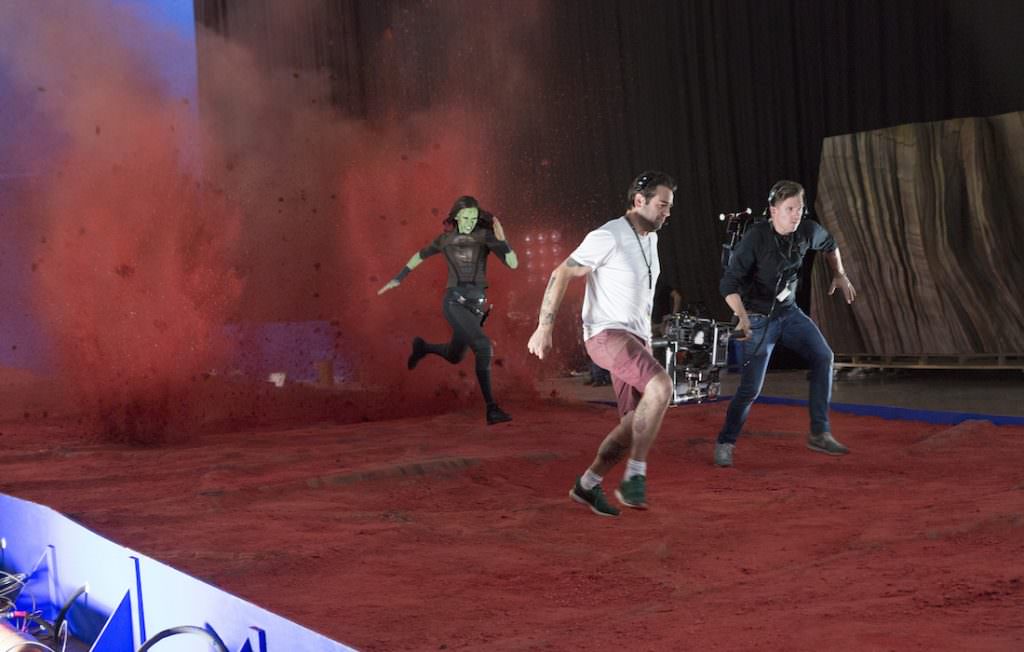 Go Behind-the-Scenes of Guardians of the Galaxy Vol. 2

Earlier we wrote about the insane success of the Marvel Cinematic Universe. One way to measure that success is by how different the individual films within that universe can be from one another. Guardians of the Galaxy is a perfect example of how Marvel has stayed ahead of the curve by dipping into their wild canon of misfits and antiheroes and giving you a new host of characters to care about that are nothing like the previous characters you also love. Fans of Hulk, Thor, Captain American and Iron Man can find themselves loving Star-lord, Rocket, Drax, Groot and Gamora, despite the fact that they’re nothing alike.

While Marvel Studio deserves a lot of credit, the filmmakers themselves are the folks who help infuse these movies with wit and charm, and the actors who embody characters who, when you really think about it, would be totally ridiculous if they weren’t played by people who were passionate about the roles. Just look at Vin Diesel, a major star, who has a three (okay, maybe four) word vocabulary in the Guardians films, yet Groot is arguably one of the most beloved characters in the entire MCU.

In this new behind-the-scenes video, you get a sense of what makes Guardians such a winning formula on screen by seeing how much fun they’re having during production. With solid reviews already proclaiming Gunn’s sequel a critical hit, Guardians of the Galaxy Vol. 2 will likely continue Marvel’s dominance. It hits theaters on May 5.

Featured image: Zoe Saldana on the set of Guardians of the Galaxy Vol. 2. Courtesy Marvel