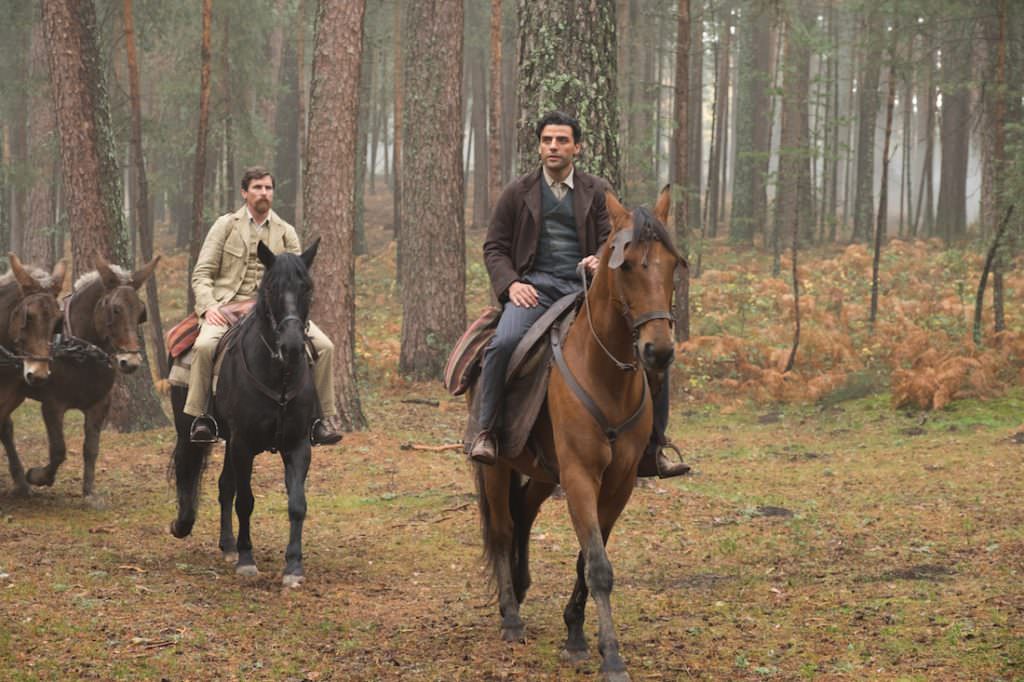 The Filmmakers Behind the Sweeping Historical Epic The Promise

Although best known for 2004's Hotel Rwanda, Terry George has written or written and directed a half dozen films about areas of conflict, notably his own childhood homeland, Northern Ireland. With The Promise, which opens April 21, George addresses the genocide of Armenians in what is now Turkey during World War I. The murder of approximately 1.5 million is well documented, yet Turkish authorities have never acknowledged it.

The movie is a sweeping romance that observes the tumult through the device of a love triangle. Oscar Isaac plays Mikael, a village pharmacist who travels to Constantinople to study medicine. There he meets, and is instantly smitten with, an Armenian dancer played by Charlotte Le Bon. But she already has a boyfriend, intense American journalist Chris (Christian Bale). The three are periodically separated and reunited amid the chaos before a climactic (and historically genuine) rescue by a French warship, whose captain is played by Jean Reno.

Conceived by movie and gambling magnate Kirk Kerkorian, a California-born Armenian American who owned MGM studio from 1968 to 1986, the film was produced by Eric Esrailian, Mike Medavoy and Thomas Horburg. Esrailian accompanied George to Washington in March for a screening at the U.S. Capitol building. Their interview with The Credits, which has been edited for length and clarity, began with George's explanation of what propelled the In the Name of the Father writer toward the last days of the Ottoman Empire.

George: I got sent the Robin Swicord script, and obviously it's an event I had become familiar with through research for Hotel Rwanda. Particularly through Samantha Power's book, A Problem from Hell. I knew that the telling of the story had been suppressed. And that there hadn't been anything — certainly on this scale — done.

I reacted well to the script, and really wanted to do it. Because it's an opportunity to do something that's even more rare these days than when Hotel Rwanda was made: to tell a vitally important story in a feature film in a way that, I hope, is both a piece of entertainment and a piece of education. For me, the greatest films, and the most important ones, are Schindler's List, The Killing Fields and Z. These films that inform you and at the same time trigger your emotions. This was a great opportunity to do that.

You share the screenwriting credit with Swicord. How did you reshape the original script?

George: One of the biggest things that I did was add Chris. In Robin's script, it was a straightforward love story between Mikael and Ana. They suffer, not on a smaller level, but on a level that wouldn't inform them of the greater picture. Chris' character allows us to see the wider picture. That opened it up a great deal.

I tried to create a chronology of the main events of 1914-15: the arrest of the intellectuals, the labor camps, the death trains, the siege of Musa Dagh and the rescue.

It also gives you a character who's free to move around when Mikael and Ana cannot.

George: Yeah. One of the historical features of the Armenian genocide was it was probably the most heavily reported event of the First World War in the United States. Every day the New York Times covered it. So did various missionary papers, and the Salvation Army had missionaries there. So it was this very important event at that time. Reporters were key to it, and I thought I needed to honor that with that character. 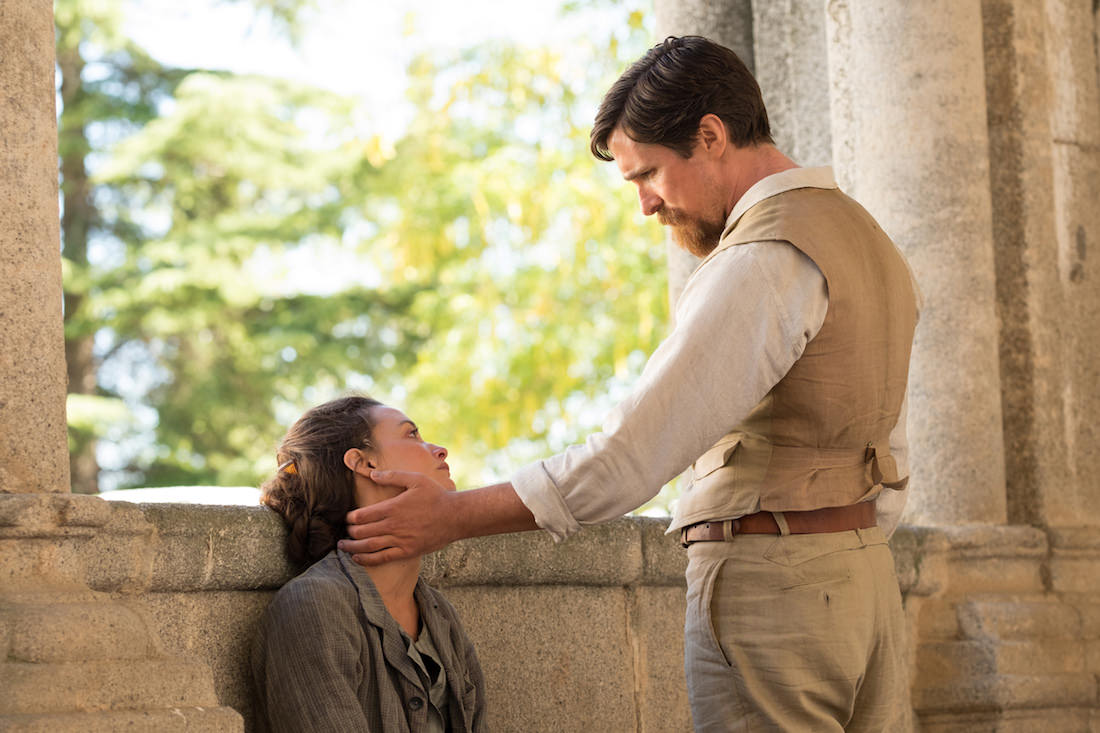 I understand there's been some "trolling" since the movie premiered. Was there resistance when you were making the film?

George: We deliberately kept way under the radar. There was no publicity on set. We shot in Spain, Portugal and Malta. Knowing the previous history of films that tried to get made — Turkish interference in this subject matter particularly — we were very careful. Sometime we had armed security on the set.

Esrailian: For a couple of years, we did research before even engaging participants in the film. In that process, we learned a lot about the resistance, and the efforts to suppress such stories in the past. It might seem, well, it's 1915 — who's going to care about 102 years ago? But we've seen efforts to suppress the film at every turn. Yet during our shooting, surprisingly, we were left alone.

It's 102 years ago, but obviously it's relevant.

George: The same region, the same lines of refugees. It's happening as we speak.

There was a point during the shoot when that little Syrian boy washed up on the shore. It had a huge impact, and I decided in the massacre scene to recreate that moment. A child on the sand in the beach, and Christian Bale's character goes over and drags him. My reference sometimes was to look at the news and see what was going on. It's exactly the same region. It's just important today as it was 100 years ago.

The history of the Middle East aside, are all your films rooted in Northern Ireland?

George: Well, I understand that division in a society. The reaction of people and manipulation of fear. I understand that to the degree that I lived through it. One of the really strong resonances with the Armenian genocide is that it's burned on the soul of the Armenian diaspora. It's very similar to how the Irish famine is burned on the soul of the Irish people. When Tony Blair recognized that the lack of concern by the British government had worsened the famine, that recognition went some way toward healing that. A recognition that what happened in Turkey during World War I was a genocide could be the springboard for some sort of regional solution.

George: It was a balance that I was pretty fanatical about. It was vitally important that we got a PG-13. Because it's an educational tool as well as a piece of entertainment. With Hotel Rwanda, it was given an R, and we went and fought it. Initially, this was given an R as well. And we fought it.

But for me always in film, putting suggestion into the audience's mind rather than showing the full horror is more effective. You can't show the full horror of genocide. Otherwise you've got some sort of —

George: Yeah. So that's not possible. The death march, where that one woman is shot, I think is as powerful as showing many people against the wall being riddled with bullets. But it is a fine balance. For sure Hotel Rwanda was accused of sanitizing the genocide. But I think the greater challenge was to make it available to as wide an audience as possible.

Esrailian: Because the Holocaust is better known, I think it's allowed for not only films like Schindler's List but also Son of Saul. Intimate stories and epic ones. The Armenian genocide has only had the intimate stories, like my friend Atom Egoyan's Ararat. No one has had a chance to see the whole picture. The truth is far more horrific than this movie. To people who are disturbed by it, I say, the truth is even worse.

Our financier Mr. Kerkorian's wish was to tell one of great old-time stories similar to the movies he grew up with, like Lawrence of Arabia and Dr. Zhivago. Beautiful stories that incorporated love, but set against the backdrop of true events.

Esrailian: That's true, but that end story is actually a historic moment, the rescue of Musa Dagh. Also, we hope that this is not the only movie ever told about the Armenian genocide. There are countless stories, and there should be more films.

George: Even though there's a rescue at the end, we've left it with a good deal of sorrow. I don't want to put a spoiler in there. But there was discussion about, should [a certain character] survive or not. For me, there was no discussion. No, [that character] is going down. You can't have the audience leaving with a joyous love story. If you're channeling emotions, that wouldn't have been the right way to go. 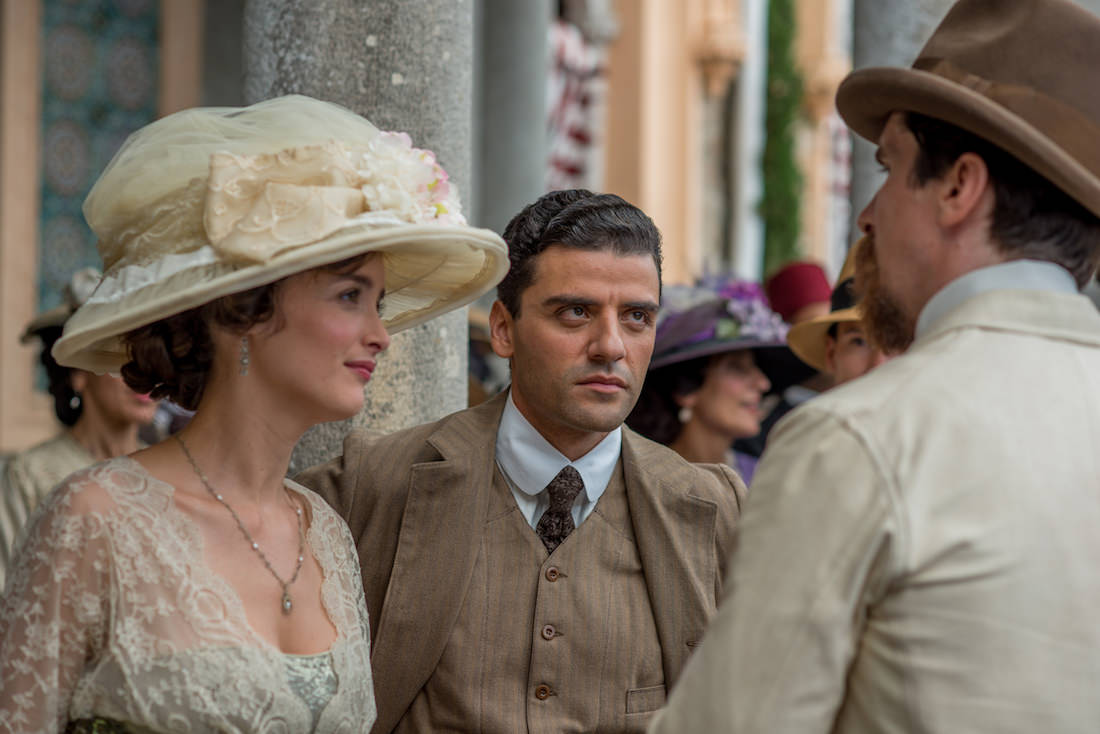 You assembled an impressive cast. Was everyone you contacted eager to do this?

George: Yeah. We didn't get any reluctance from anyone. Christian was fully committed. Oscar's very fastidious about what he does, and we talked it through. Charlotte for me was a discovery. We did a lot of auditions for that role, because I wanted somebody relatively unknown. But I wanted someone you'd believe these two powerful figures would fight over.

You also have some well-known actors in small roles.

George: James Cromwell, Jean Reno, Shohreh Aghdashloo, Tom Hollander. They were small parts, but each of them was vital. Particularly Cromwell, who plays U.S. Ambassador Henry Morgenthau, a real-life character who chronicled the events. And that confrontation with the pasha, right down to the insurance thing at the end, is pretty much taken verbatim from his autobiography.

What was Kirk Kerkorian's role?

Esrailian: He was the financier, and he charged me with putting the movie together. He was dedicated to it until he passed away in 2015. But we started working on the film in 2010. I'm a physician by training, and I wanted to understand why a film like this hadn't been made before.

Did you have input into the medical-school scene where Mikael's friend faints doing a dissection?

George: No matter what film it is, I feel you need humor at key moments to lighten the tone. In Hotel Rwanda, the worst possible scene, when he thinks the family's dead, and then his wife is holding the hose, got a huge laugh. So the dissection scene — I'll take all the credit for that.

The biggest laugh that we've got is when the uncle, talking about his first wife, says, "Thank God she died."

Esrailian: I think Terry placed those moments exactly where they needed to be. It's got to be gratifying to sit in an audience and see people laugh at the right time.

George: There is a flip side to that! [laughs]

And you're about to show it to Congress members and staffers.

George: That's important because each year the Armenian Caucus introduces a genocide recognition bill. Each year, it's vetoed by various presidents. I can't imagine this one getting through, but at least Congress, like most of the rest of the world, recognizes that this was genocide.