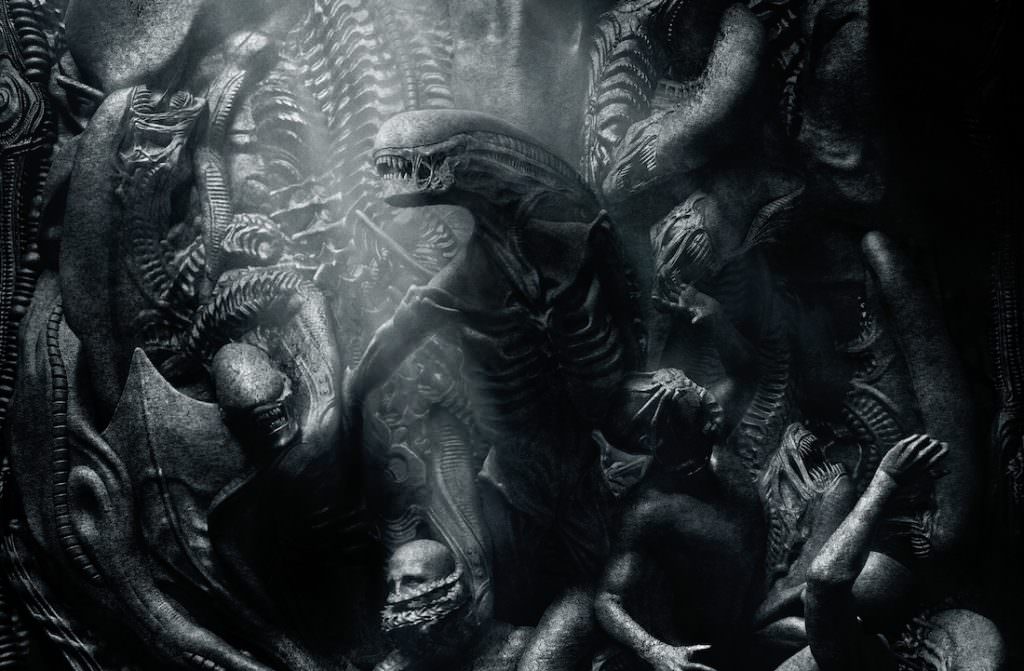 Empire has released these three new photos from Ridley Scott's Alien: Covenant, with the final shot being the money maker. In it, you'll see a new alien, the “Neomorph," in the midst of a grotesque meal. "The Neomorph was inspired by Scott’s fondness for nature documentaries on living nightmares, like goblin sharks," Empire's John Nugent writes. Screenwriter John Logan told him that nature docs end up inspiring Scott and find their way into his films. "Ridley will see something to do with insects swarming, for example, which eventually finds its way into a movie. Usually there’s some sort of grotesqueness we find interesting.”

As we approach the May 19 premiere date, 20th Century Fox has been steadily releasing a new batch of "Crew Message" promos, introducing various crewmembers of the Covenant, which is a little like introducing us to various items on the Neomorph's menu. While we can't be sure everyone dies in Alien: Covenant, we can be absolutely sure many of the crew will, which makes these personal, intimate moments all the more bracing.