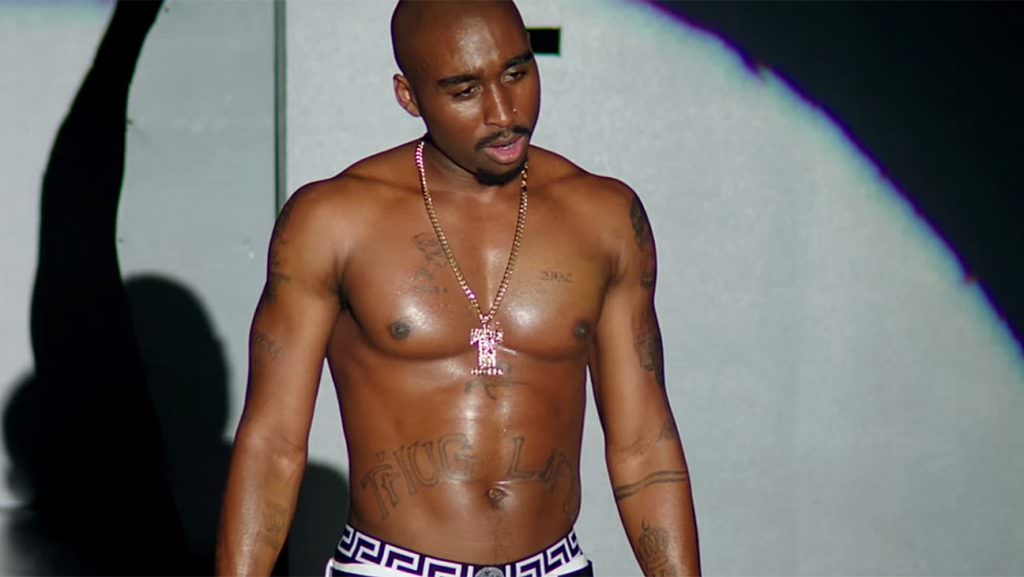 We've already discussed how the likeness between actor Demetrius Shipp Jr. and the late Tupac Shakur is incredibly uncanny. Yet Benny Boom's Tupac biopic, All Eyez On Me, has a lot more going for it. A stellar cast, a timely story, and as compelling as a central figure as you could ask for. The new trailer makes good use of all of these components, setting up All Eyez on Me as an early summer palatte cleanser among the massive tent pole franchises that take up most of the warmer months.

The story of Tupac's life is cinematic, in good and bad ways. Let's start with the bad: on September 7, 1996, the hip-hop legend was shot in a drive-by shooting at the intersection of Flamingo Road and Koval Lane in Las Vegas, Nevada. He died six days later. He was only 25 years old. We shared the previous trailer on the 20th anniversary of his death, on September 13, 2016, and before that, a teaser for the film was released on Tupac's birthday, this past June 16. He would have been 45.

All Eyez On Me comes at a time in America where the conversation around race, police brutality and mass incarceration has been a major topic of national conversation, making Boom's long gestating project eerily prescient. The trailer touches upon these themes, while also giving us a closer look at how Boom handled this raw material of a young man who was larger than life, focusing on the people around him, including his mother and step father, who were far from shrinking violets in their own right.

"Like all black leaders, you have a bulls eye on your back," Pac's mother, Afeni Shakur (Danai Gurira) warns him. "I ain't no black leader," he replies. Yet Shakur became an icon for an entire generation, an intensely gifted hip hop artist and actor who came to embody West Coast rap, making him a natural foil for his biggest rival, Brooklyn’s Biggie Smalls. Smalls would also be gunned down, only a few months after Shakur on March 9, 1997—both of their murders remain unsolved.

Featured image: Demetrius Shipp Jr is Tupac Shakur in All Eyez On Me. Courtesy CODEBLack.