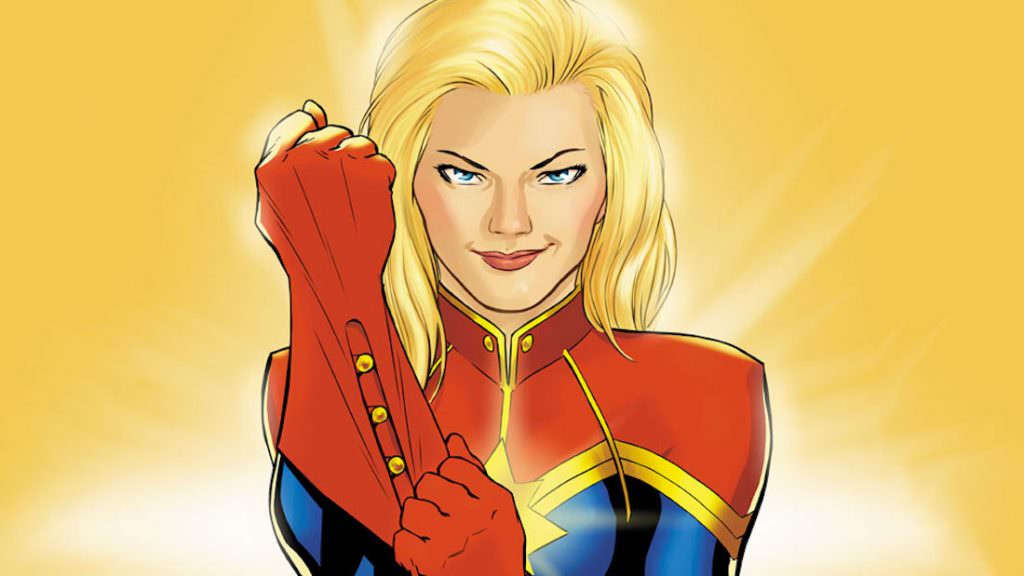 We’d like to say we saw it coming when we interviewed the Mississippi Grind directing duo of Anna Boden and Ryan Fleck. The Hollywood Reporter has confirmed that the filmmaking team has landed the directing gig for Captain Marvel after an extensive search by Marvel. This is the first female-centered film in the Marvel Cinematic Universe, and the studio was adamant about making the right directing choice. The list of final contenders for the job included Lesli Linka Glatter (Homeland), Lorene Scafaria (The Meddler), and Niki Caro (Whale Rider, The Zookeeper’s Wife). Meanwhile, rivals DC are releasing Patty Jenkins’ Wonder Woman on June 2.

Captain Marvel will not only be directed by two filmmakers we spoke to and admire, but it’s also co-scripted by Inside Out screenwriter Meg LeFauve, who we spoke to about her craft and rise up through the ranks of top-notch Pixar scribes. LeFauve penned the script with Guardians of the Galaxy’s Nicole Perlman.

Boden and Fleck also helmed the Ryan Gosling feature Half Nelson, as well as episodes of The Affair and Billions. Marvel’s done wonders with TV directors—consider the Russo Brothers, who have helmed the Captain America films as well as the upcoming Avengers: Infinity War, were Arrested Development directors.

Bringing Captain Marvel to the screen will be no easy task. In fact, you could argue it’s much harder to write and direct a Marvel feature now that the expanded universe is so large, with so many intersecting plotlines and characters crossing over from one film to the next. When THR interviewed Perlman about the script, she said as much:

"She’s an incredible character, but I will also say that since Marvel has done so many movies already, you really have to go out of your way to make sure her story is fresh and doesn’t borrow too heavily from the other films. She’s an incredibly strong and wonderful hero, but all the Marvel characters are. So you just need to figure out how to bring her to life in a way that's unique to her story but in a way that honors the canon and also gearing out the roles that she needs to play with everything that’s going on in the MCU."

Captain Marvel, aka Carol Danvers, is a serious superhero. She can fly, she’s incredibly strong, and she can shoot concussive energy bursts from her hands, according to Marvel.com. She’s been affiliated with the Avengers, and made her first appearance in the comics in 1967.

Captain Marvel is currently scheduled for a March 8, 2019 release.