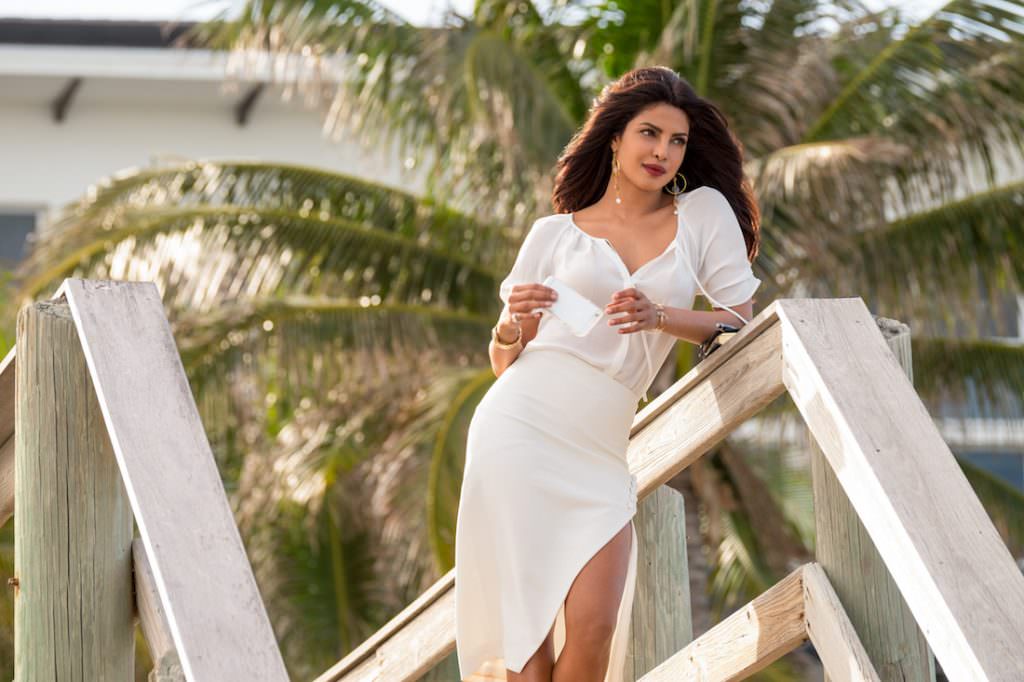 The third Baywatch trailer delivers the most sustained look yet at Priyanka Chopra's villain Victoria Leeds. This is Chopra’s first major American feature, yet she looks right at home sharing the frame (and perhaps even stealing her scenes) with Dwayne Johnson’s Mitch Buchanan and his Baywatch team. Chopra is the multi-talented Bollywood star with a Miss World Pageant, National Film Award and Filmfare Award under her belt, including the Indian government’s fourth highest civilian award, the Padma Shri. She is one of India’s most beloved and well-paid celebrities, yet in this new trailer, Chopra seems like an veteran Hollywood comedic actor, mixing it up with Johnson, Zac Efron, Alexandra Daddario and the rest of the ensemble cast.

Chopra’s Victoria Leeds is the owner of a beach club that is really a front for her drug business. The Baywatch team is a fly in her ointment, and she’s not afraid to use whatever it takes to get them out of the way.

Johnson went after his new co-star on Instagram, mixing all sorts of film franchises in his warning: "Our #BAYWATCH team of superheroes has one mission: Protect the beach at all costs. If you threaten our turf, we'll rock your world w/ Poseidon-level vengeance. Be warned @PriyankaChopra..our tsunami of ass whup is coming for that powerful, sexy, alluring, luscious.. never mind.. just don't f*ck with the Avengers of the Beach. @BAYWATCHMovie MAY 25th. #TrustYourBalls #TheyNeverLie."

Baywatch rolls into theaters on May 25.