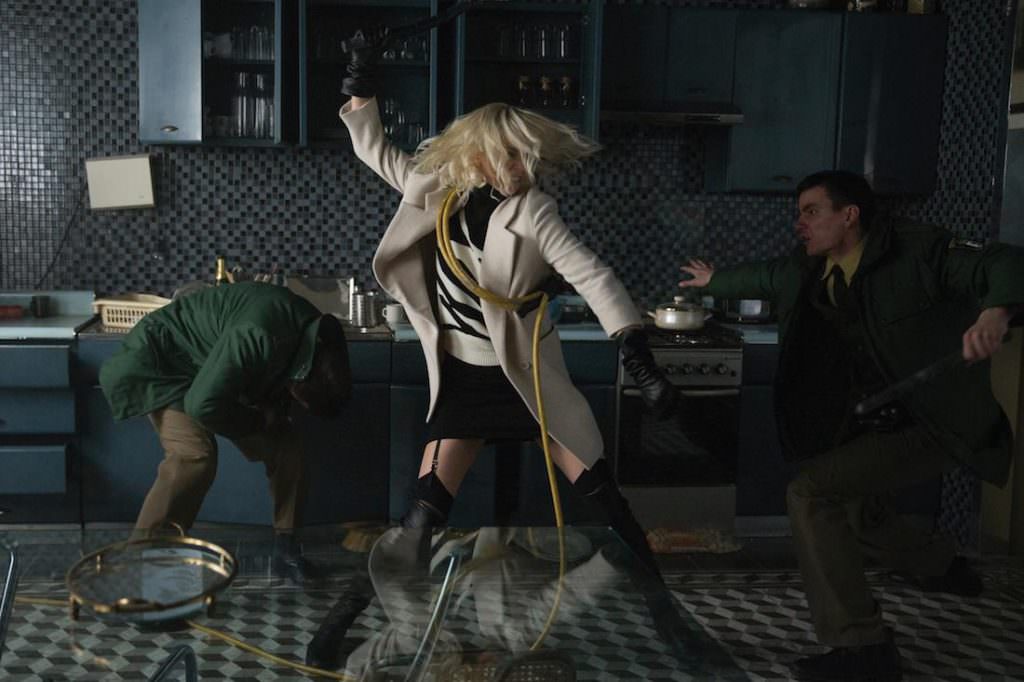 We saw longtime stunt coordinator and John Wick director David Leitch’s Atomic Blonde at SXSW and were blown away. As we wrote at the time, Theron might actually be an even more perfect vessel for Leitch’s hyper stylized, ingenuously crafted action films than Wick’s Keanu Reeves. Your reminder is currently playing on HBO; Theron’s stunning performance in Miller’s Mad Max: Fury Road, where she managed to still the film from the titular hero. In Atomic Blonde, there’s a scene towards the end of the film that’s arguably one of the best actions sequences of the decade, a bravura five minute sequence where she battles dozens of henchmen in what appears to be a single cut.

The latest trailer, clocking in at nearly three minutes, gives you a full dose of Theron’s Lorraine Broughton, an undercover MI6 agent investigating the murder of a fellow agent and searching for a list of double agents. Broughton’s been given a suicide mission in Berlin, where’s she to snag that dossier of double agents and spirit it out of the city as it undergoes a historic implosion, partnering with a troubled embedded station chief David Percival (James McAvoy) to help her try and navigate a shadowy world of spies. The thing Broughton has on her side is she’s about the toughest undercover agent in the world. One imagines a world in which Broughton ran into a James Bond or Jason Bourne—our money’s on her.

Atomic Blonde is adapted from Anthony Johnson’s graphic novel “The Coldest City.” It smashes into theaters on July 28, 2017.

Featured image: CHARLIZE THERON explodes into summer in "Atomic Blonde," a breakneck action-thriller that follows MI6's most lethal assassin through a ticking time bomb of a city simmering with revolution and double-crossing hives of traitors.
Byline:  Photo Credit: Jonathan Prime