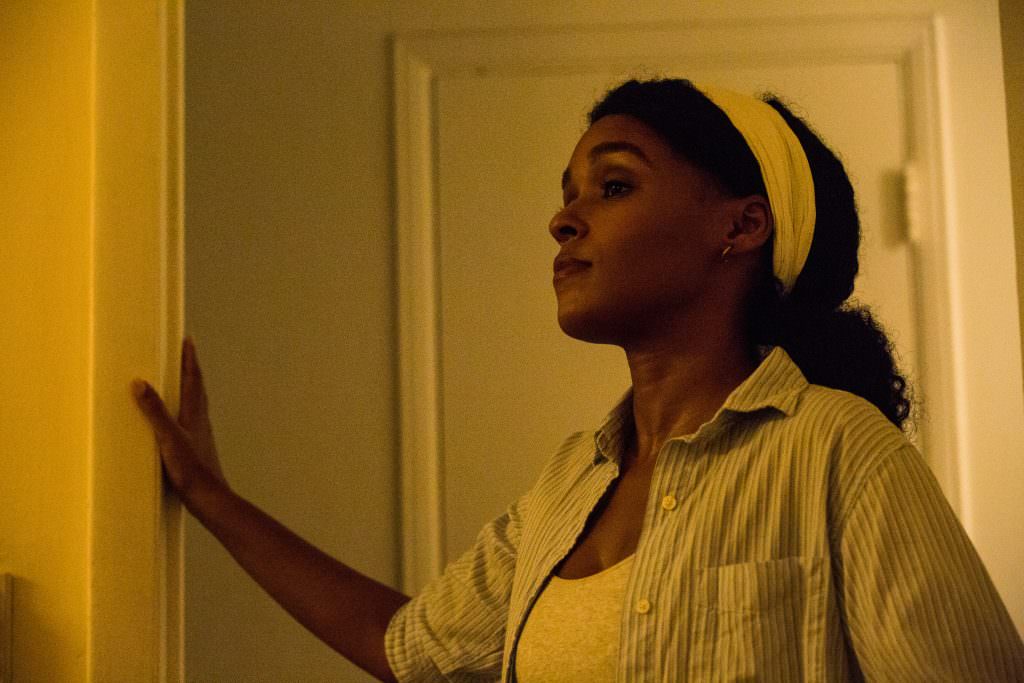 Production designer Hannah Beachler has produced incredible artwork that led her to a former slave owning plantation in Louisiana where she stood among forty powerful women of color. They danced and cried and shared their stories. Oh, and they listened to Beyoncé sing Freedom a capella on a paper stage Beachler created.

Beyoncé’s triumphant visual album Lemonade splashed into the social conversation almost a year ago. Coming from one of the most influential black women in the world, the message of heartbreak, struggle, forgiveness, and triumph was probed for meanings both personal and political. The public can only speculate as to the private nature of the lyrics, but the messages in the video were unmistakable. Black women rewriting a painful national history and rising to the powerful positions they’ve struggled to achieve set to a backdrop of Beachler’s stunning designs.

Humble regarding both her talent and adversity, Beachler is reluctant to share the details of the sexism and racism she’s faced in her career. With a blinding talent that couldn’t be denied, Beachler ignored the naysayers and rose to the top of her profession. Since her breakout work on Fruitvale Station she has been the production designer on Zipper and Creed. She missed the Oscar controversy when she and her colleagues won Best Picture for Moonlight while she was working on set of Black Panther. It’s difficult to imagine what could be next, but this seems like just the beginning.

We spoke with Beachler about breaking stigmas in Hollywood, working on the set of Black Panther, designing a different side of Miami in Moonlight, the symbolism in Lemonade and more.

You are at the top of your craft. What did it take to get there?

Something my parents have always said is, “Be true to who you are and everything will work its way out.” It’s always been challenging. There were many times when I looked around and there are no women when I was set decorating. No women on tech scout. It was pretty much just me. And then women of color or even people of color was like zero. Plenty of people said to me, “You’ll never go far,” or, “You’re black and you’re a woman so you’re not…” literally in my face. That became fuel. I just have to work 10 times harder. It was a lot of learning how to be assertive and how to use a velvet hammer. It was a lot of not giving up and not being discouraged, and it was really discouraging sometimes. Plenty of people have said to me, “Oh you’re a woman you won’t get far. You might want to try costume designer or hair & makeup. What would you know about carpentry?” Well, I grew up in carpentry. It’s the legacy of my family. My grandfather was a carpenter and a builder and my father was an architect. There were a lot more harsh things said. There will always be those people, but you can’t let that determine your future.

You’re about to wrap production on Black Panther. It’s been a very secretive production. How are things going?

I think it’s going to be different than anything anyone has seen from a Marvel film. They have the most female department heads and it’s such a diverse crew from utilities all the way to the top. We dug in and wanted to really bring the spirit of Africa into this story. Even the stuff we were doing in other countries, we wanted to make sure it was right. I think that is something you’ll notice in Ryan Coogler movies. The places they take place in are as big as a character. Ryan is like my family. I love him to death and we have a shorthand. It’s easy for us to work together. I have figured out what his aesthetic is and our aesthetics have started to blend together. Once this is done, it doesn’t belong to me anymore and it’s up to the audience to decide how they feel about it. I feel like we got it right.

How do you feel working on a set with primarily people of color?

The cast is fantastic and Ruth Carter (Selma) the costume designer is just smashing it and killing it all over the place. Everyone is doing their job and going the extra mile. In a way it’s a historic film. The largest black cast, most female department heads, the first black female production designer to do something this size in the world. I never really think about it until someone says it. I feel like some of the projects I’ve done reach out to a wide audience like Lemonade or Moonlight. Younger people are seeing that there are careers in film that aren’t just directing and producing and writing and acting, but behind the scenes. You can take what you love and turn it into a career in film. It’s all overwhelming. Hopefully I can turn around and give back to people who feel inspired by me. Maybe they didn’t know how to get into it or that they could get into it, especially being a woman or a person of color. I’m here to open doors and break glass ceilings. If you have the talent, you should be here.

Moonlight was such an incredible story that really resonated with audiences. What did you want to say about Miami through your designs?

We all know Miami as this very art deco, neon pink and blue and green like Birdcage, the Kardashians, money, wealth, and all that stuff. There’s a whole other side to Miami that I think isn’t always put out there. The life side of it. There are all these Caribbean colors, Cuban colors, the pastels. The colors living in a grittier place than the rest of it. It’s these projects and they were the most beautiful colors but the most frightening and horrific things happen there. As Barry and I would say, it was stylized realism. The beautiful lighting and colors really emotionally showed you visually what was happening, especially with Little and his mother. When you get to Chiron and his mother, the pastels have faded. When we get to Black, that is a completely different person shaped by what was left of Little and Chiron. We wanted to mute him out with greys and creams and deep dark reds and blues. We just extracted the color from his life at that point.

What was your reaction to Moonlight winning Best Picture at the Oscars?

That was crazy. We had a crazy day that day on [the Black Panther] set. I was so tired. I woke up and my phone was blowing up. I saw and I was like, “Oh my lord.” I got to set and everyone was congratulating me. People have come up to me from this crew who you think wouldn’t want a thing to do with that film, and tell me that they were really moved. That’s really the award for me is for someone to see the film and see something that they can relate to. While it’s fantastic that it won an Oscar and was recognized by the industry, because it really needed to be. People want these stories. People can make black stories, they can make money, they’re marketable. Stories of women’s lives, stories of people of color lives, all kinds of different lives. That’s what we’re lacking in this industry. I’m hoping that Barry just changed that a little bit.

How did you go about creating the iconic symbolism of Lemonade?

It’s a lot. It was a lot when we were doing it. Here we are in Louisiana on a plantation and here is [Oscar Grant’s mother] Wanda Grant with Freddie Gray’s mom and Trayvon Martin’s mom and Michael Brown’s mother all dressed in traditional African slave attire, but in the most beautiful fabrics that one can imagine. They’re holding pictures of their sons and that moment was one when I figured that this is not what anyone can possibly imagine is going to happen. It talks a lot to the idea of “still we rise,” of Afrofuturism. For me, what it took from Afrofuturism, is that you take the story, as is, and you change it, recreating history and revising what history was. Putting women of color in positions of power. Just the idea for women running anything is revision in that time period. Also, a lot of really beautiful imagery that has a meaning behind it. Everything had to be beautiful, and that’s just part of who I am.

This album is so important. When did the weight of what you were working on really hit you?

In Freedom, you see the long table. We had like 40 extras and we had to have food. I found this woman who actually does southern meals based on time periods and there was meaning behind everything that was on that table. They made these corn fritters, which is what slaves would sell in order to buy their freedom. Of course your collard greens and fried chicken, because that’s what slaves ate and what was left for them. We had all these crazy cookies and stuff that were cooked by a lot of the house slaves [for their owners] that they could also take and give to their families. To me, it was really important that we had it there.

What was your experience working with Beyoncé?

There was one point when [Beyoncé] was doing Freedom and she was on that paper stage. It was late at night and her playback wasn’t working. After about five minutes she was like, “I’m just going to go ahead and just sing it. We need to start getting some footage here.” I’m standing in the back with the cameras on the crane and she just started singing a capella on the stage, in this plantation, in this beautiful dress, with all these beautiful women with these couture outfits sitting there. We were in the slave quarter area of this plantation. Every goose bump just stood on end, my hair stood on end. Her voice carried through this entire plantation. It was so silent except for her voice and everybody just stopped and looked. It just demanded your attention. Tears were coming. It tears me up to just think about it. On this stage that was designed for aristocracy, but I designed in the slave quarters in New Orleans. It was quite something.

Feature Image: Janelle Monae as Teresa in Moonlight. Courtesy A24