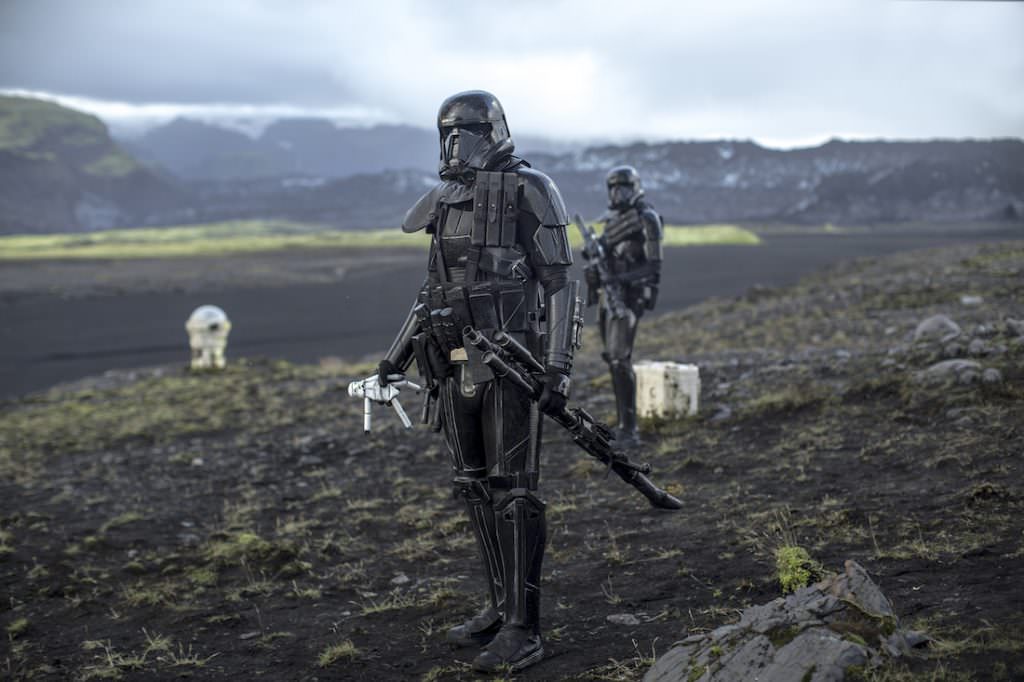 Rogue One: A Star Wars Story hits Blu-ray and DVD today. To celebrate the heist of the Death Star coming to your home, the folks at ComingSoon visited the film’s effects shop, Industrial Light & Magic, to find out more about how they helped bring the first non-Saga Star Wars film to life. One of the subjects that executive producer and VFX supervisor John Knoll, animator supervisor Hal Hickel (both of whom were nominated for an Academy Award for their work on Rogue One) and Alan Tudyk, the man-behind-the-metal of droid K-2SO himself.

The droid K-2SO was one of Rogue One’s standout characters, but creating him required state-of-art capture performance technology, figuring out what the droid’s voice would sound like (including giving him an English accent, in keeping with his being a former Imperial droid).

Another interesting aspect is the way ILM tries to provide filmmakers with the opportunity to imagine nearly anything, and to then translate those visions into digital creations on screen. One of the most thrilling aspects of Rogue One was the film’s ending, which brushed up against the very start to 1977’s Star Wars: A New Hope.

Check out the interviews below, and prepare yourself for the next installment of the franchise, Star Wars: The Last Jedi, on December 15, 2017.