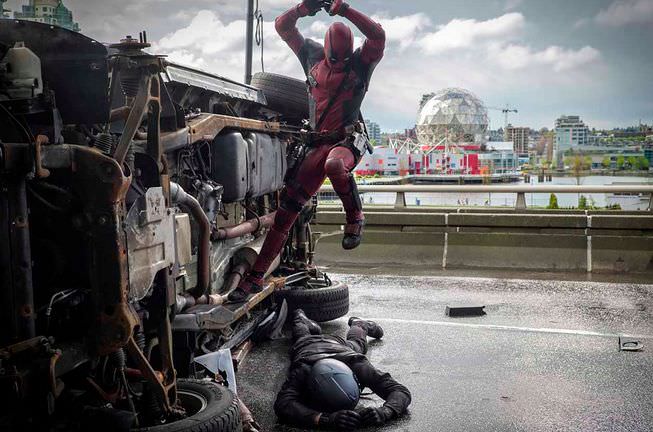 There’s a lot of mystery surrounding the specifics of Deadpool 2, which is to be expected—production hasn’t officially begun and the film isn’t slated for release until 2018. What we are hearing today, however, is that there is going to be some casting news coming soon regarding the film’s cast. So who’s going to join Deadpool (Ryan Reynolds), the Negasonic Teenage Warhead (Brianna Hildebrand), TJ Miller (Weasel) and Colossus (Stefan Kapicic)? Here’s what we know thus far.

First, Atlanta’s Zazie Beetz will be playing Domino, a telekinetic mercenary and member of the X-Force, a crew of mutants who are like a meaner, more violent version of the X-Men (if that’s possible—it is). Domino has always been one of the more charmingly devious characters in the Marvel canon; according to Marvel, her abilities include “initiate random telekinetic acts that affect probability in her favor by making improbable (but not impossible) things to occur within her line of sight, thus causing her to have ‘good luck’ and her opponents to have ‘bad luck.’ This phenomenon can be anything from an enemy's equipment failure to hitting just the right switch with a stray shot to shut down an overloading nuclear reactor.” She sounds fun.

The X-Force is lead by their time-traveling leader, Cable, who has yet to be cast. The actors who have been bandied about to play Cable include David Harbour (of Stranger Things fame), Dolph Lundgren (still most famous for Rocky IV) and Stephen Lang. Screenwriters Rhett Reese and Paul Wernick told ComicBook.com that the perfect actor for Cable will have to have not only comedic timing (a must for this franchise), but also someone who can lead a film himself, considering the X-Force will get their own film.

Compared to films like The Avengers and X-Men, Deadpool was a fairly tight-knit affair, not the kind of sprawling ensemble film with a ton of characters that we’ve grown used to. Deadpool 2, however, will have a few more mutants in the mix. Reese and Wernick have confirmed that Cable and Domino won’t be the only fresh mutant faces we’ll be seeing. The pair told LRM that some of the more obscure Marvel characters will be involved, characters who will be known to “real diehards” that will be complimenting (or complicating) Deadpool’s efforts.

We’ll check back when we find out more.