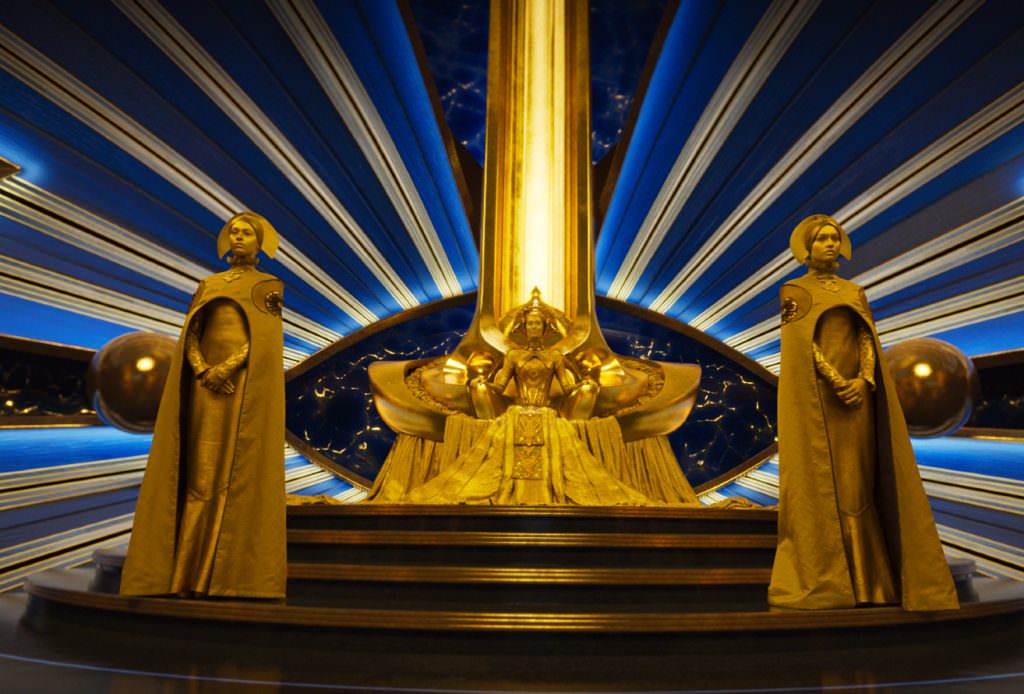 Who is Ayesha, the Main Villain in Guardians of the Galaxy Vol 2?

The second Guardians of the Galaxy Vol 2 trailer was just released, exciting countless fans that are anxious to find out more about the movie’s mysterious plot. The trailer still leaves quite a bit to the imagination, but there are some interesting reveals that audiences can begin to dissect. Notably, we are able to begin cementing Ayesha’s (Elizabeth Debicki) role as the movie’s primary villain.

In the comics, the gold-clad goddess is the product of a scientific experiment (conducted by a group of scientists known as the Enclave) attempting to create perfect beings to restart the human race. The trailer shows Ayesha lording over the Guardians, although it is unclear what, exactly, is going on. Her line, “I see it within you. Fear. Jealousy. Betrayal. It is our duty to cleanse the universe of this weakness,” offers plenty of room for interpretation (much of it dark). However, many seem to think that this line potentially could strengthen the tie of Ayesha to a plotline in the Marvel comics, where she set off on a crusade to “take away the pain and suffering” of the universe by removing free will. Perhaps she has called upon the Guardians to help her with her quest?

Whatever Ayesha's ultimate role in the film may be, one wonders if she'll end up uniting Star-lord (Chris Pratt) and his father, played by Kurt Russell. In the film, Russell plays Ego the Living Planet, one of the weirder Marvel creations of all time. Might Ayesha's quest to "purify" the cosmos cause the estranged father and son to come together and defend the rascals and rapscallions they've long associated with? Because if Ayesha has her way, there will be no need for the Guardians (including Baby Groot), and that's a universe none of us wants to live in.

Everything will be unveiled when Guardians of the Galaxy Vol 2 arrives in theaters May 5.