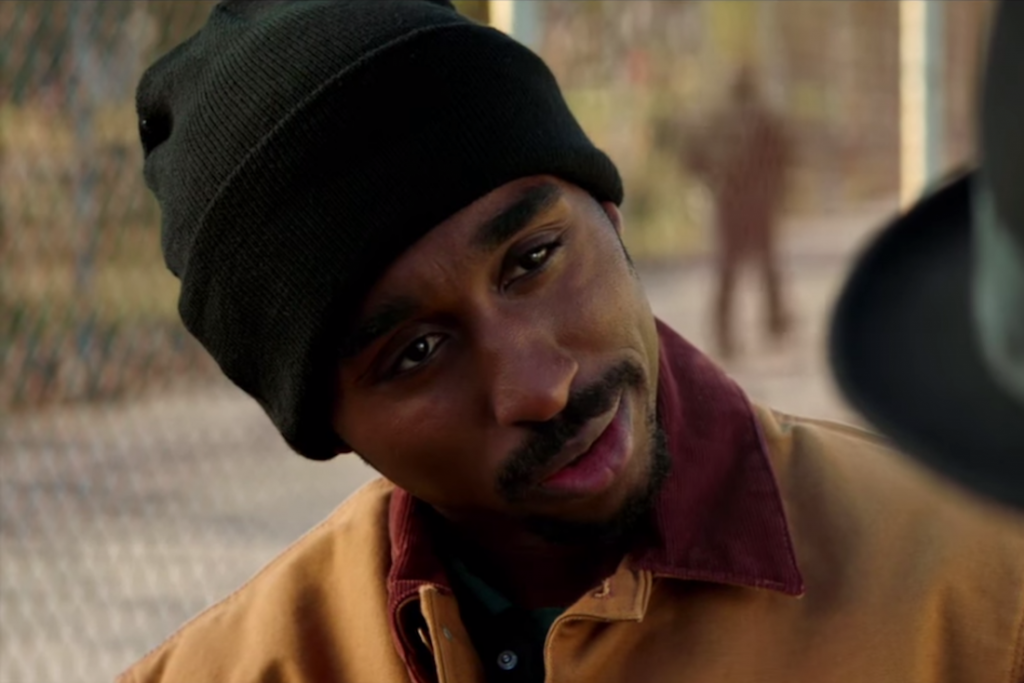 Tupac Returns in All Eyez on Me Trailer

The likeness between actor Demetrius Shipp Jr. and the late Tupac Shakur is so uncanny, it could be the only thing you focus on while watching the new trailer for the Tupac biopic All Eyez On Me. That would be a mistake. Benny Bloom’s film, which is set to open on June 16, 2017, has a chance to do for Tupac what Straight Outta Compton did for NWA.

On September 7, 1996, the hip-hop legend was shot in a drive-by shooting at the intersection of Flamingo Road and Koval Lane in Las Vegas, Nevada. He died six days later. He was only 25 years old. We shared the previous trailer on the 20th anniversary of his death, on September 13, 2016, and before that, a teaser for the film was released on Tupac's birthday, this past June 16. He would have been 45.

All Eyez On Me comes at a time in America where the conversation around race, police brutality and mass incarceration has been a major topic of national conversation, making Boom's long gestating project eerily prescient.

"Like all black leaders, you have a bulls eye on your back," Pac's mother, Afeni Shakur (Danai Gurira) warns him. "I ain't no black leader," he replies. Yet Shakur became an icon for an entire generation, an intensely gifted hip hop artist and actor who came to embody West Coast rap, making him a natural foil for his biggest rival, Brooklyn’s Biggie Smalls. Smalls would also be gunned down, only a few months after Shakur on March 9, 1997—both of their murders remain unsolved.

Along with Shipp Jr. and Gurira,  Jamal Woolard stars as Biggie Smalls, Kat Graham as Jada Pinkett, and Dominic L. Santana as Suge Knight. All Eyez on Me is set to open this fall.

Featurd image: Demetrius Shipp Jr in All Eyez on Me. Courtesy Lionsgate.