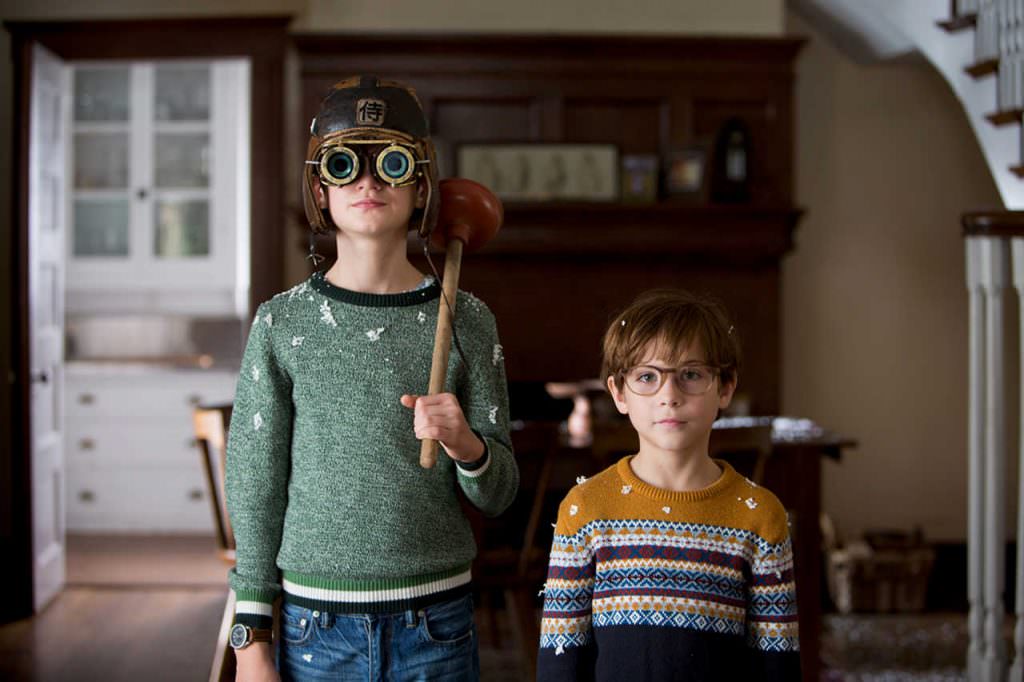 The last time we watched a Colin Trevorrow film, it was his 2015 smash shit Jurassic World, which returned moviegoers to Isla Nubar, the island that Steven Spielberg set his iconic 1993 original, Jurassic Park. Since then, Trevorrow was tapped to direct a little film called Star Wars: Episode IX, the final film in the new Skywalker trilogy that began with The Force Awakens and continues with The Last Jedi this December. Episode IX won’t be in theaters until 2019.

Which means that Trevorrow had time to make The Book of Henry, an intriguing thriller about an extremely bright 11-year-old boy named Henry (Jaeden Lieberher, the star of Midnight Special and the upcoming horror film It) and his younger brother Peter (Jacob Tremblay, Room) who are being raised by their single mom Susan (Naomi Watts). Like so many 12-year-old boys, Henry develops some major feels for his next door neighbor Christina (Maddie Ziegler). The issue is Christina’s stepfather (Breaking Bad’s Dean Norris) is the town’s police commissioner, and he’s got a very dark secret that the brilliant Henry unpacks. So Henry plots to rescue Christina from her stepfather, writing out exactly how it has to be done in a book he leaves for his mother.

When Susan finds the book, she and Peter decide they have to trust and help Henry, because Henry’s done more for them than any 11-year-old boy in history (he’s a genius, after all, and keeping tabs on the family’s financial situation is but one of the adult roles he plays). This is a return to the smaller, quirky tales that Trevorrow began his career making, like Safety Not Guaranteed, and while the plot details have been kept very quiet, what you can glean from this trailer is a promising, darker version of the “smart kids and their loving mother versus monsters” stories that we’ve loved in the past, from The Goonies to Stranger Things.

The cast is very solid, in addition to Watts, Tremblay, Lieberherher, Ziegler, you've got two great actors in Sarah Silverman and Lee Pace.